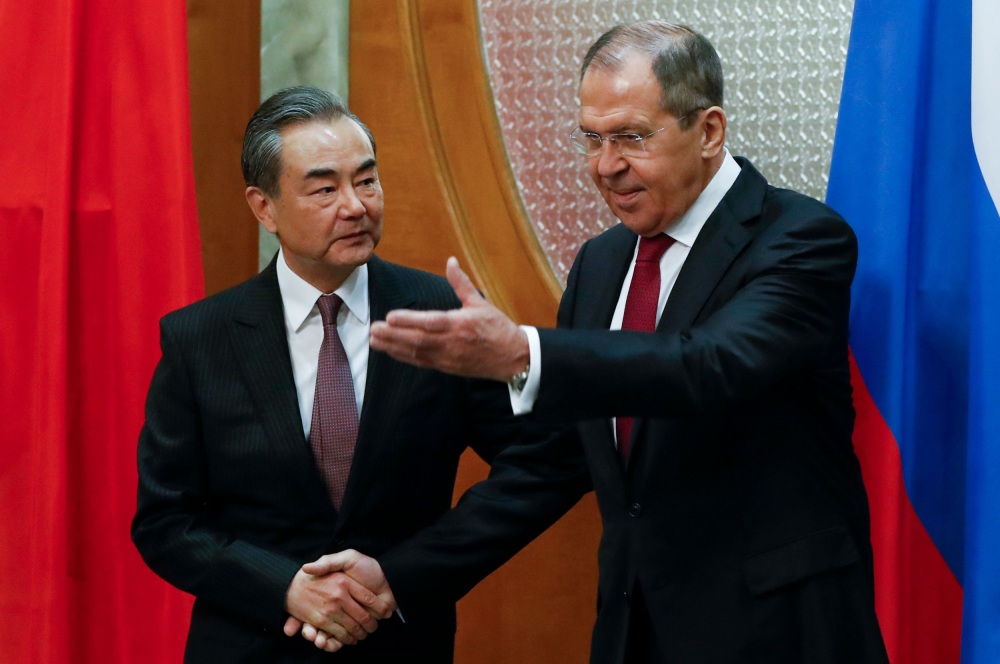 Everyone acknowledges that the global systemic transition has been accelerated in light of recent events, particularly the US-led Western reaction to Russia’s special military operation in Ukraine, but few know what the end result will look like.

Russian Foreign Minister Sergey Lavrov just visited China for multilateral talks on Afghanistan, during which time he told his Chinese counterpart Wang Yi that these two major countries will continue moving towards “a multipolar, just, democratic world order.” Everyone acknowledges that the global systemic transition has been accelerated in light of recent events, particularly the US-led Western reaction to Russia’s special military operation in Ukraine, but few know what the end result will look like.

While plenty still remains in flux, the building blocks of this multipolar world order are already in place and enable one to predict the outcome of this complex process whenever it’s finally completed. The paradigm through which everything should be analyzed is the UN Charter, which lays the basis for international law. Upon reading it, one will remember that its vision is truly multipolar but was unable to be realized at the time of that document’s promulgation due to the Cold War that began soon after.

The Soviet Union’s dissolution in 1991 resulted in a brief period of American unipolar hegemony over global affairs, though the US’ predominant position in the international system began to decline from 2008 onwards according to most estimates. The financial crisis that erupted during that time rocked this superpower’s global economic standing and created opportunities for other countries to play a more influential role. The establishment of the G20 is the embodiment of this outcome.

Another example of America’s declining economic hegemony was the formation of BRICS between the rapidly developing economies of Brazil, Russia, India, China, and South Africa. Russia, India, and China are regarded as forming the core of this structure and their trilateral cooperation format is known as RIC. They’re also members of the Shanghai Cooperation Organization (SCO), which is another multipolar cooperation platform that initially focused more on security unlike BRICS’ focus on the economy.

The US’ financial hegemony is also declining as evidenced by uncertainty over the dollar’s status as the global reserve currency. America and its European allies’ freezing of Russia’s foreign assets within their jurisdictions was described by Moscow as theft and shows that proves that no country’s assets in those regions are safe from befalling a similar fate for political reasons. There have also been reports that oil superpower Saudi Arabia might begin accepting Chinese yuan for payment sometime in the future.

Should that come to pass, then the dollar will no longer be known as the so-called “petrodollar” since a “petroyuan” would be competing with it. This would facilitate financial multipolarity by gradually preventing the US from weaponizing its currency for hybrid war purposes like it’s done against Russia, the Democratic People’s Republic of Korea, Iran, and the other countries that it’s unilaterally sanctioned over the decades as part of its unprovoked economic warfare against them.

International financial institutions like the IMF and World Bank used to be dominated by the US and weaponized for similar hybrid war ends against the Global South but that’s also changing as a result of China’s growing investment role in developing countries. Its Belt & Road Initiative (BRI) provides no-strings-attached loans in order to help China’s developmental peers in Africa, Asia, and Latin America. The result is that the US can no longer manipulate their governments through the IMF and World Bank.

There’s also the aspect of military multipolarity that deserves to be mentioned in connection with the emerging world order. While the US still spends more on its armed forces than any other country, they’ve proven themselves incapable of achieving America’s political goals. For instance, it was less than a year ago that the US was forced to flee from Afghanistan in shame after losing control of the country to its Taliban foes despite having fought against them for almost exactly two decades.

Russia’s hypersonic and glide vehicle military-technical breakthroughs have also ensured that the US’ so-called “missile defense shield” can’t neutralize Moscow’s nuclear second-strike capabilities and thus place that major country in a perpetual position of nuclear blackmail vis-à-vis Washington. That was literally a game-changer that forced the US to fundamentally revise its entire military strategy. It’ll also place America in check by deterring its aggression against Russia and others who develop these arms.

All of these factors collectively contribute to political multipolarity by weakening the US’ hegemonic influence over the international community and thus returning the UN back to its originally envisioned multipolar nature with time. While unipolarity has already decisively ended, multipolarity has yet to enter into full force but it’s already clear that this is the inevitable outcome of the global systemic transition. China, Russia, and their partners will see to it that this comes to pass sooner than later.