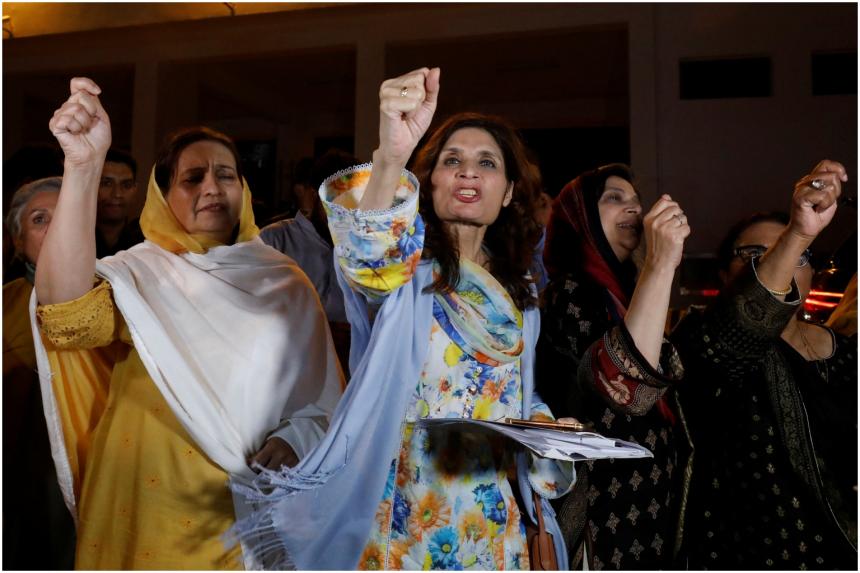 ISLAMABAD (REUTERS) – Candidates for Pakistan’s next prime minister are due to file nomination papers on Sunday (April 10) after incumbent Imran Khan lost a no-confidence vote in parliament, bringing an end to the former cricket star’s nearly four years in power.

Khan had clung on for almost a week after a united opposition first tried to remove him, managing to put off the no-confidence vote, which he said was part of a foreign-backed plot against him, and dissolving parliament.

But the Supreme Court ordered parliament to convene and hold the vote and Khan’s government fell in the early hours of Sunday after a 13-hour session that included repeated delays and lengthy speeches by lawmakers from his Pakistan Tehreek-e-Insaf party.

The vote went ahead after the powerful army chief, General Qamar Javed Bajwa, met Khan, said two sources who declined to be identified, as criticism mounted over the delay in the parliamentary process.

The military has ruled the nuclear-armed country of 220 million people for almost half its nearly 75-year history.

Opposition parties were able to secure 174 votes in the 342-member house for the no-confidence motion, giving them the majority they needed.

Parliament will meet on Monday to elect a new prime minister. Nomination papers should be filed by 11am (2pm Singapore time) on Sunday.

Khan has not commented publicly on his ouster but even before the vote, he called for protests.

“I am going to struggle,” he said in an address to the nation on Friday.

“I tell all of my supporters across Pakistan, on Sunday, after Isha (evening) prayers, you all have to come out of your homes and protest peacefully against this imported government that is trying to come to power.”

The front-runner to become Pakistan’s next prime minister, Shehbaz Sharif, said Khan’s departure was a chance for a new beginning.

“A new dawn has started … This alliance will rebuild Pakistan,” Sharif, 70, told parliament on Sunday.

Sharif, the younger brother of three-time prime minister Nawaz Sharif, was for years chief minister of Punjab province and has a reputation as an effective administrator.

His first tasks will be to repair relations with the powerful military as well as key ally the United States, and tend to a stuttering economy.

The military viewed Khan and his conservative agenda favourably when he won election in 2018, but that support waned after a falling-out over the appointment of the influential military intelligence chief and economic troubles that led to the largest interest rate rise in decades this week.

Khan had antagonised the United States throughout his tenure, welcoming the Taliban takeover of Afghanistan last year and more recently accusing the United States of being behind the attempt to oust him. Washington dismissed the accusation.