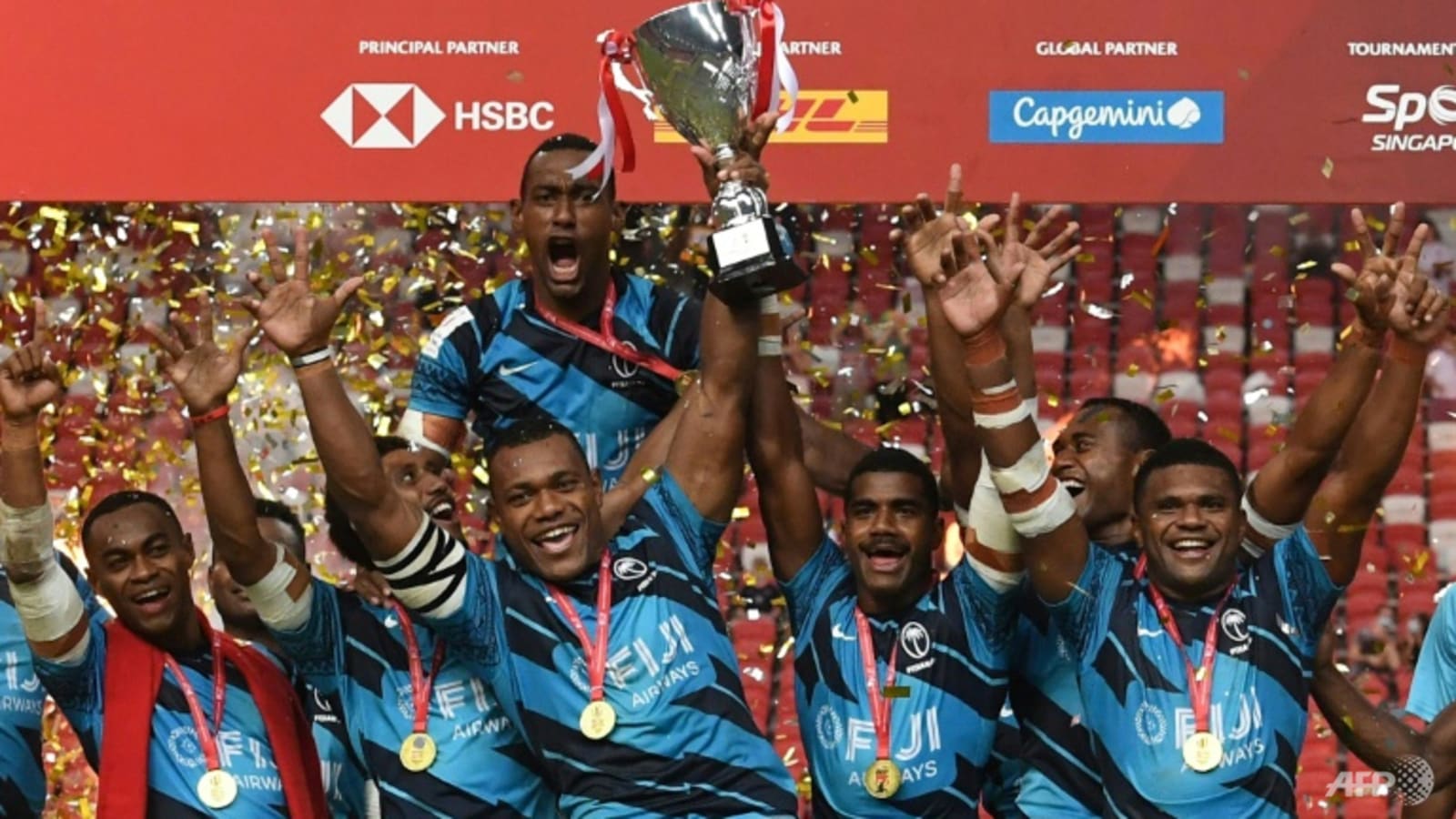 The Tokyo Olympic gold medallists stormed to an early lead in the final and never looked back as Vuiviawa Naduvalo, Waisea Nacuqu and Joseva Talacolo converted tries to give them a 21-0 advantage at half-time.

New Zealand narrowed the deficit after the break with tries by Regan Ware, Moses Leo and Caleb Tangitau but a second try for Naduvalo ensured the Fijians claimed their first Series title since their 2020 triumph in Australia.

The Pacific island side lost their opening game to Ireland on Saturday but bounced back to top their pool with victories against France and Japan.

Fiji then eliminated Series leaders South Africa 19-14 in the quarter-finals and come from behind to beat Australia 19-12 in the semi-finals.

They became the first time to win the Singapore Sevens three times after their victories in the city-state in 2006 and 2018.

Competing in the World Rugby Sevens Series for the first time since their victory in the Canada Sevens in March 2020, New Zealand came up short after reaching the final with a perfect record.

The All Black Sevens recorded victories against Argentina, Scotland and Wales in the pool stage, before eliminating Samoa 22-14 in the quarter-finals and Ireland 22-19 in the semis.

Australia finished third in Singapore with a 21-19 victory over Ireland in a hard-fought bronze medal match.

South Africa’s run of six consecutive victories in the Series came to an end after their loss to Fjij but the Blitzboks still lead the standings with 98 points, 15 ahead of second-placed Australia with four events remaining.

The Series continues with the Canada Sevens in Vancouver next weekend.