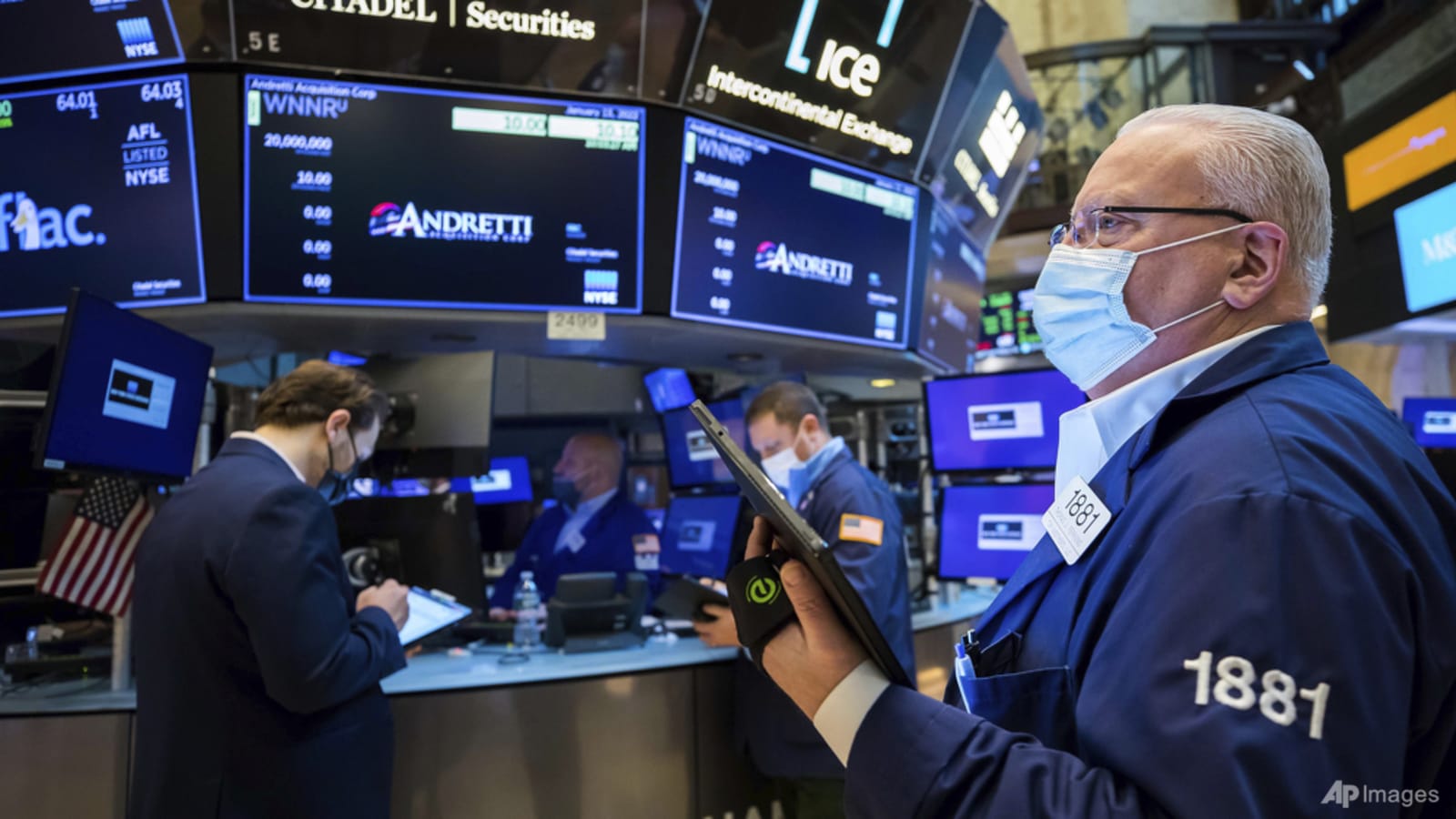 NEW YORK: War is cruel. In their own way, so are markets.

When Russia invaded Ukraine last month, global stock markets initially tumbled amid investor shock. The US benchmark S&P 500 plunged 15 per cent from its peak, while the Nasdaq Composite fell more than 20 per cent.

Since then, US equity markets have rallied and even European indices have rebounded. What is more remarkable and counter-intuitive is that traders are acting as if calmer times lie ahead.

For an example, look at that arcane corner of the derivatives world known as the Vix futures curve (a benchmark indicating expectations of future volatility risk). In late February the price of March Vix futures jumped above that for contracts expiring between April and November.

This is very unusual: Investors usually pay more to hedge distant risks than near ones because the long-term is inherently more uncertain.

But in March things flipped back to a more normal pattern. The Vix index, indicating current volatility, also fell and traders used fewer options to protect themselves from tail risks, after a scramble earlier in the year. In plain English, panic has subsided.

Why? One explanation might be that investors think that the war will prompt Jerome Powell, US Federal Reserve chair, to delay his plans to raise rates.

That hope is probably misplaced: This week Powell warned that the Fed needed to move “expeditiously” to combat soaring inflation – with a possible 50 basis points hike in May.

However the OECD also said this week that Russia’s invasion would cut global output by 1.1 per cent this year. If this slows rate rises, that might help stocks.

There is another potential explanation for the surprising calm: Traders are reading their history books – more specifically, looking at the evidence from the past two centuries of financial history, it seems foolish to assume that war is bad for stock prices or volatility.

Consider some analysis from the Ned Davis Research group, which crunched more than 50 crisis events in the past 100-odd years, such as the COVID-19 crash and the second world war.

It found that while the Dow Jones index tended to fall at the start of a crisis, by 7 per cent on average, it then rebounded to gain an average of 4.2 per cent three weeks later and 9.6 per cent after 18 weeks.

Exceptions to this pattern do exist, mostly “while the Fed pricks a bubble”, NDR says. When JPMorgan’s office was bombed in 1920, markets did not rebound durably after the initial fall – nor did they after the 1956 Suez Canal shock, the 1983 US invasion of Grenada or Russia’s invasion of Georgia in 2008.

This caveat might be relevant again now given Powell’s recent comments.

If you want another historical reason to stay calm, look at volatility. A trio of American economists (Gustavo Cortes, Angela Vossmeyer and Marc Weidenmier) have just published a paper titled “Stock Volatility and the War Puzzle” that calculates that over the past century the level of US equity market volatility has been on average 33 per cent lower in wartime than peacetime.

This seems bizarre, given that war typically unleashes geopolitical uncertainty and inflationary spirals of the sort we are now confronting.

But the authors say that this “war puzzle”, identified by the economist William Schwert, partly reflects the fact that the US has not fought a war on its own soil in more than a century.

This “massive government spending” means that the profits of firms are “easier to forecast during wartime”, the economists argue, since bureaucrats’ budgets are more predictable than free markets and military spending can represent a significant part of the overall index.

“Sector level regressions show that defence spending predicts lower stock volatility for firms that produce military goods,” they add, noting that this applied not just in both world wars but that “earnings forecasts of defence firms by equity analysts [also became] significantly less dispersed after 9/11 and the invasions of Afghanistan (2001) and Iraq (2003)”.

Could this pattern play out again today? Quite probably.

As I have noted, events in Ukraine are contributing to a pre-existing though subtle reset of the relationship between business and government that started during the pandemic. Industrial policy is no longer a taboo concept and defence spending will almost certainly surge too.

What makes this crisis different from earlier ones is that tech giants – not industrial groups – dominate the American stock market now.

It may be foolish to assume that this war will not be fought inside the US: Even without physical firefights on domestic soil, a big cyber attack could cause economic pain – as President Joe Biden explicitly warned this week.

Then there is the (hopefully unthinkable) possibility of nuclear war; we are still at an early stage in this conflict.

Still, at the moment the reality is that traders do not seem to be pricing in such tail risks. Instead, the pattern seems to be reverting to the historical norm.

Does this leave markets seeming heartless? Yes. Could it leave traders looking naive about long-term tail risks? Quite possibly.

But it is also yet another example of how events in Ukraine have not played out as the armchair pundits might have predicted. It is unlikely to be the last.