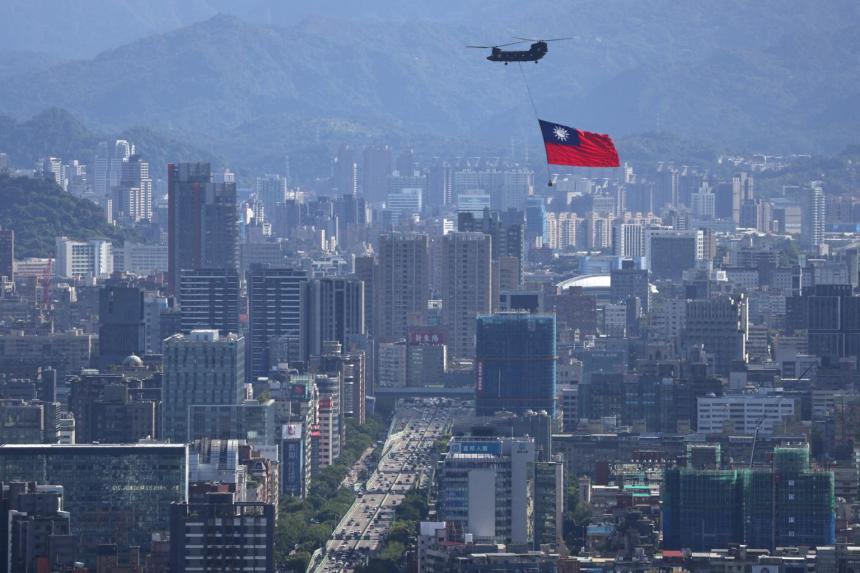 TAIPEI (REUTERS) – China’s diplomatic and military pressure on Taiwan represents a threat to all democracies and the United States is committed to helping the island defend itself, a US representative in Taipei said.

Speaking at an American Chamber of Commerce in Taiwan event late on Wednesday (March 30), Ms Sandra Oudkirk, director of the American Institute in Taiwan which handles relations in the absence of formal diplomatic ties, said managing US differences with China faces “distinct challenges”.

“The PRC’s increasingly aggressive behaviour is nowhere more evident than in relation to Taiwan, where the PRC has continued to exert military, diplomatic, and economic pressure,” she said, referring to the People’s Republic of China, in remarks released by her office on Thursday.

“Continued efforts by Beijing to choke Taiwan’s international space, pressure its friends, and interfere in Taiwan’s democratic system represent a threat to all democracies.”

China regards Taiwan as a renegade province, to be reunified, by force if necessary. Beijing has over the past two years or so ramped up military and diplomatic pressure to assert those claims.

The United States is Taiwan’s most important international supporter and arms supplier, a source of constant friction between Washington and Beijing.

Ms Oudkirk said that in order to strengthen Taiwan’s role as a regional security partner, the United States remains committed to helping Taiwan “maintain its ability to deter aggression and to defend itself”.

“We have a shared and abiding interest in peace and stability across the Taiwan Strait. We consider this central to the security and stability of the broader Indo-Pacific region and are deeply concerned by ongoing PRC efforts to undermine that stability.”

Taiwan rejects China’s sovereignty claims and says only the island’s people can decide their own future.

The United States has also been working with Taiwan on supply chains, the island being a major producer of semiconductors.

Ms Oudkirk said both sides were working on diversifying supply chains and to facilitate investment in sectors like chips, electric vehicles, cybersecurity, 5G and renewable energy.

“AIT’s commercial section is now organising visits by robust industry-focused delegations to many parts of the United States this summer,” she added, without giving details.