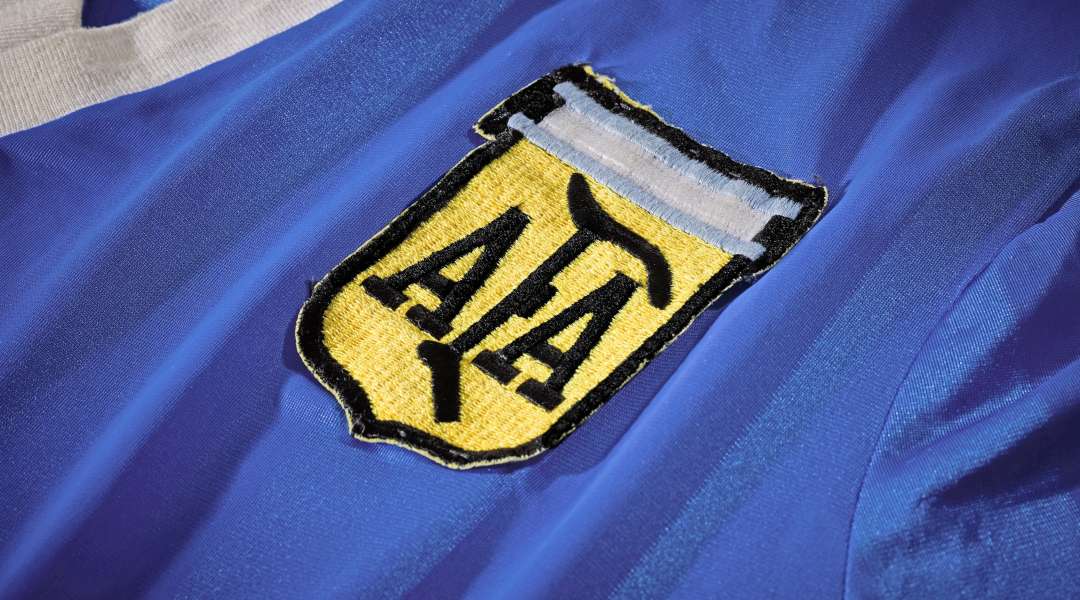 Sotheby’s values the football from £4 million up to £6 million.

The 1986 World Cup match shirt worn by Diego Maradona during the “Hand of God” and “Goal of the Century” moments that made football history will be put up for auction.

Sotheby’s will put the football jersey on the market for the first time. It estimates the item’s value to exceed £4 million up to £6 million.

The dedicated online auction is open for bidding from April 20 to May 4. It will also run alongside a public exhibition at Sotheby’s London.

Sotheby’s head of streetwear and modern collectibles Brahm Wachter said Maradona is remembered among football’s greatest. He added that the particular World Cup match was instrumental to his legacy.

“The Hand of God is truly a singular moment not only in the history of sports. But in the history of the 20th century. The moment resonated far beyond the world of football, coming soon after the Falklands conflict, and has in turn inspired books, films, and documentaries,” Wachter said.

During the June 22, 1986 quarter-finals between Argentina and England, Maradona scored a goal with his hand and another after dribbling past and dancing around his opponents.

English midfielder Steve Hodge had possessed the shirt after he approached Maradona asking to swap as a good gesture. The National Football Museum has since retrieved and displayed the shirt over the last 20 years.

“It was an absolute privilege to have played against one of the greatest and most magnificent football players of all time… The Hand of God shirt has deep cultural meaning to the football world, the people of Argentina, and the people of England. And I’m certain that the new owner will have immense pride in owning the world’s most iconic football shirt,” Hodge said.

Sotheby’s noted that the standing record for any game-worn shirt is Babe Ruth’s Yankees road Jersey. This was sold for $5.64 million in a 2019 auction.