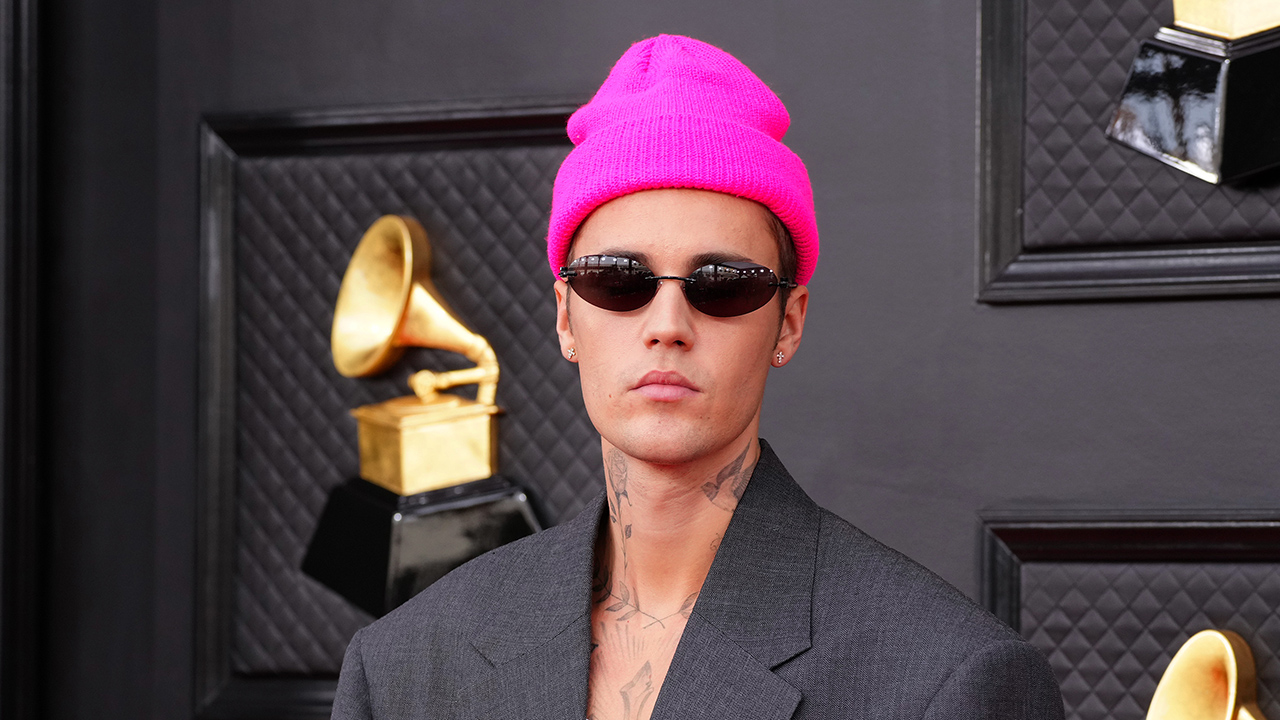 On Monday’s, if we’re Justin Bieber, Travis Barker and our very own The Kid LAROI, we wear pink. The lads have given the colour a decent workout at the 64th Grammy Awards, putting their own twist on the shade for the red carpet.

The husband to Hayley Baldwin, Bieber kept it subtle with, pairing a hot pink beanie with an oversized Balenciaga grey suit. It’s a look that’s classic Bieber and one that he’s busted out in various incarnations before after Bieber joined Demna’s growing legion of celebrity devotees for his Balenciaga campaigns.

The colour has also become something of a favourite for the Canadian performer. While his child star days, purple was considered the sign and signature of true Beliebers, since reaching adulthood the singer seems to have left the colour behind. As to whether fans of Bieber have cottoned on, only time will tell.

The Kid LAROI’s take on the colour of the night was equally as subtle. Known for his blonde page-boy haircut, the Sydney-native rapper has dyed his signature locks watermelon pink while looking sharp as hell in a Saint Laurent black suit.

Since his early days appearing on Triple J’s Unearthed, The Kid LAROI has become the must-have talent to collaborate with in the US, including Miley Cyrus, Charlie Puth and Justin Bieber.

Slightly less subtle was Travis Barker. The former Blink182 member and new Mr Kardashian arrived on the red carpet wearing a pink satin coat over black, attached to fiancee Kourtney both at the hip and by tongue. The pair spent as much time pashing as they did posing and frankly we’ve seen it all before. On their Instagram. On TV. On every other red carpet they’ve attended. And when their new BFF clones Megan Fox and Machine Gun Kelly do it. Give it a break.

Why the sudden resurgence of Millennial pinkwashing, who can say. It wasn’t just confined to the gents either, with plenty of female guests also turning up in the same or similar hues.