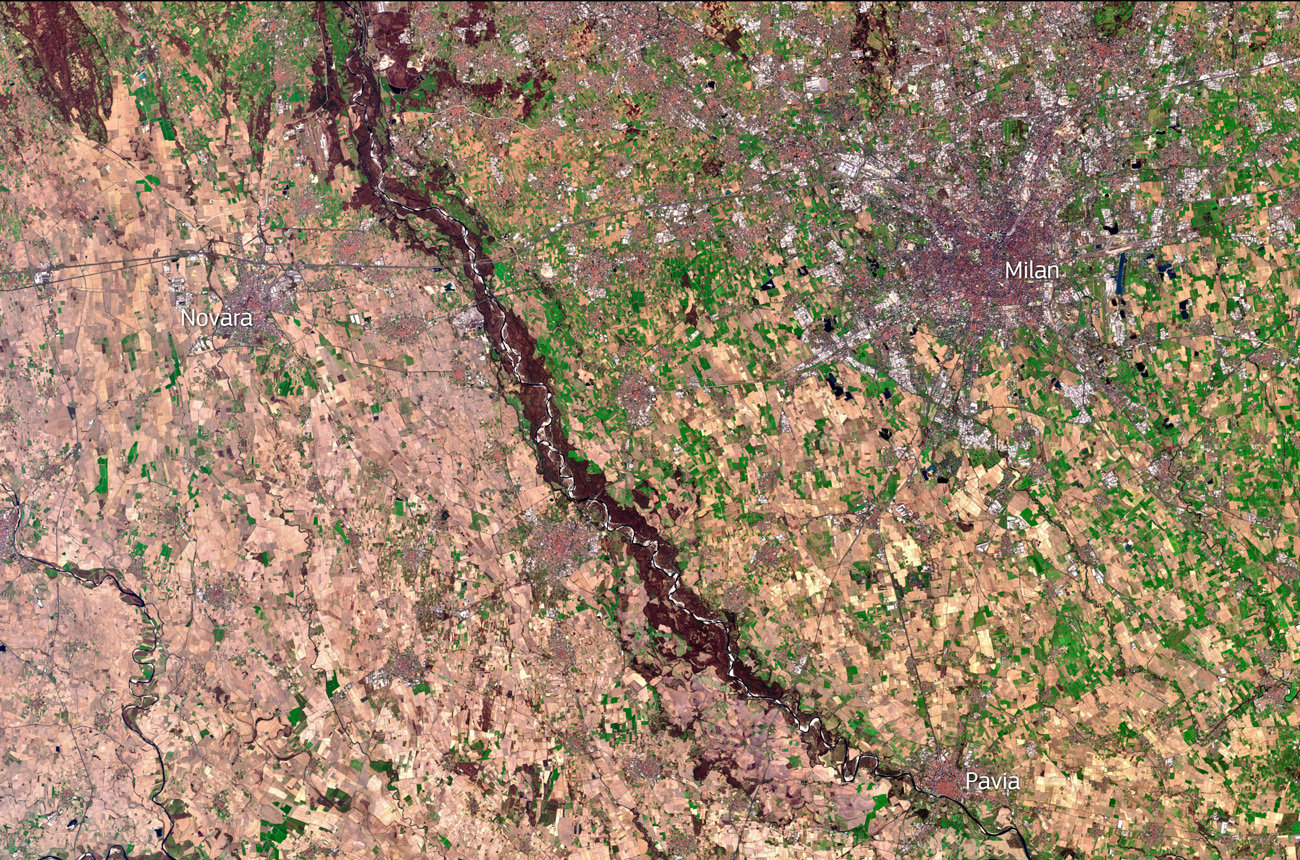 Springtime brings the so-called ‘Caldaia di Maggio’ to Barolo, a noise similar to a kettle simmering that is caused by evaporating water in the soils. This year, however, it’s unlikely that this phenomenon will occur.

Drought is affecting the entire north of Italy; predominantly the Langhe but also Valpolicella and Franciacorta. Not even Tuscany is spared. The vineyards are lacking the reserves of water that their soils usually contain at this time of year. Winter passed without snow in almost all the wine regions, and the weather – at the time of writing – is lacking considerable rainfall.

In the Langhe, 120 days passed without any water, as widely reported. Just a few millimetres of precipitation were registered over the weekend, and 10-15 ml on the 30 March. However, before this spring rain, the most recent precipitation dated back to November.

‘The last rainfalls we had prior to last week were between the end of November and the beginning of December. Since then, nothing,’ said Zvonimir Jurkovic, Podere Einaudi’s winemaker in Barolo.

‘But most concerning of all,’ Jurkovic added, was the absence of snowfall. ‘For those of us in Barolo, winter snow is crucial for accumulating water reserves on our steep hills with poor soil. No amount of rainfall could ever replace the snow in terms of effective absorption by the soil. Moreover, if it rains a lot in spring, the recovery of the water could affect the budburst and flowering phases with downy mildew,’ he said.

Nadia Cogno of Elvio Cogno added: ‘The rain is necessary now, but it can’t replace the snow. Unfortunately, the rain creates a problem of erosion for the Barolo vineyards which are very sensitive to this.’

Renzo Cotarella, CEO of Antinori Estate, has an outlook on Barolo (Prunotto) as well as Tuscany and Umbria. ‘The last rainfalls occurred in November. The situation is complicated mostly for the new vineyard plantings, which need at least 30 to 50mm. Umbria and southern Maremma received enough water the past weekend, less so for Chianti Classico and Bolgheri.

‘However, April is always the most generous month for rainfall in Italy, except for the 2017 vintage. In that year we had no rain for almost the entire growing season, and we barely scraped by. For the vines, a rainy April could be enough. What happens next will depend on the climatic trends of 2022.’

Meanwhile, president of the Consorzio Franciacorta, Silvano Brescianini, noted that at the weekend 15 to 20mm of rain fell in the region. ‘At the moment, the alert is only for the new plantings of vineyards. However, the main risk now is the spring frost, which so far is not foreseen.’

A good aspect of the drought alert for the north of Italy is that the season is not too anticipated,’ added Jurkovic ‘The temperatures have been mild, so with the exception of the Barolo village, there are no signs of the start of the season.’

Barolo in depth: Serralunga plus 10 wines worth seeking out

Barolo in depth: Castiglione Falletto plus 10 wines worth seeking out

The post North Italy suffers over 100 days of drought appeared first on Decanter.