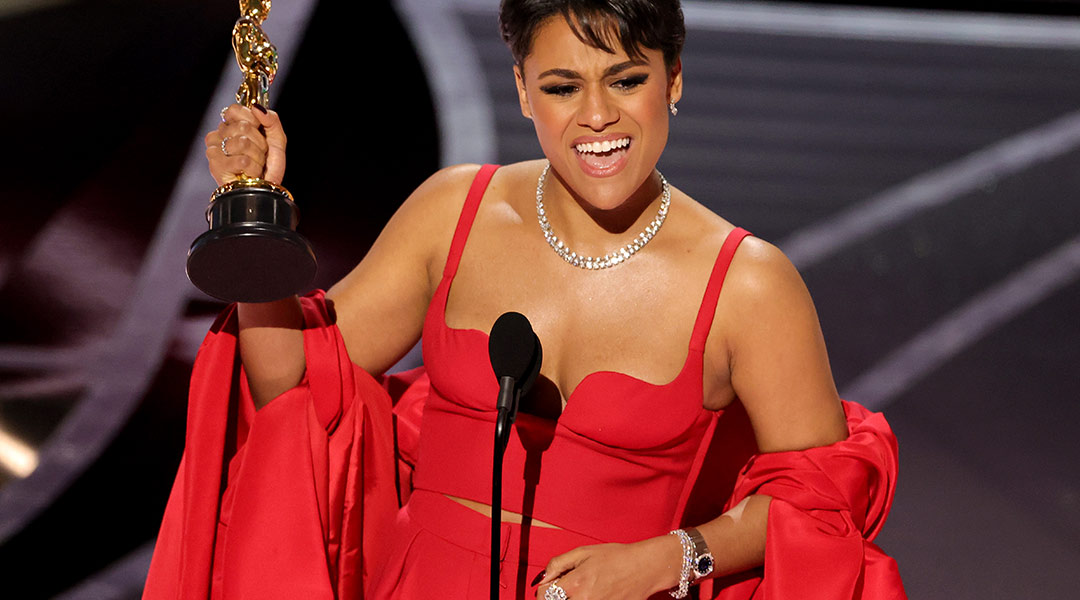 The timepieces added to the glitz and glamour of the moment.

Celebrating Oscars night in Hollywood, some of the best and brightest stars have stepped out in style for the 94th Academy Awards at the Dolby Theatre.

READ ALSO: Spotted over the Weekend: Omega is the watch of choice for these actors in this awards season

Many of the nominees and the attendees, at the ceremony itself and even during the legendary Vanity Fair after party, went with Swiss watchmaker Omega as their timepiece of choice.

Nominated in the category of “Actress In A Leading Role” for Being the Ricardos, Kidman wore an Omega Mini Trésor even as she shared a heart-warming moment with Zoe Kravitz on stage.

Winning an Oscar for “Actress In A Supporting Role” for West Side Story, DeBose wore an OMEGA Constellation in stainless steel. The 25 mm timepiece features a diamond-paved bezel and blue dial made of aventurine glass, as well as hands and diamond holders crafted from 18K white gold.

Nominated in the category of “Actor In A Leading Role” for tick, tick… BOOM!, Garfield wore a Speedmaster ’57 in stainless steel on a black leather strap. One of Omega’s newest releases, the watch is inspired by the original OMEGA Speedmaster of 1957 and features a burgundy dial with rhodium-plated “Broad Arrow” hands. He wore the same watch at the Vanity Fair After Party.

Winning the Oscar for “Best Actor In A Supporting Role” for CODA, Kotsure wore a De Ville Prestige in stainless steel, presented on a hunter green leather strap. The watch includes a distinctive silvery dial with a silk-like pattern and opaline finish, as well as small-seconds and power reserve displays.

A presenter on Oscars night, the legendary Olympic Winter Games snowboarder wore a Speedmaster Moonwatch in 18K Moonshin Gold. This new 42 mm timepiece is made from Omega’s own exclusive yellow gold alloy and is new to the brand’s collection. The design is distinguished by a green sun-brushed PVD “step dial” and a matching green ceramic bezel ring.

The actor was on stage tonight as an Oscars presenter and also wore the Speedmaster ’57 in stainless steel. The timepiece is inspired by the very first Speedmaster watch launched in 1957 and has been updated this year with a slimline case, green dial, and precise Co-Axial Master Chronometer movement.

The American actress, known for her television roles in The 100 and Chilling Adventures of Sabrina, was wearing a De Ville Prestige timepiece on a beige Omega vegan strap. The 36.8 mm watch is characterized by a two-zone silvery dial with diamond-set indexes, as well as an 18K red gold bezel paved with diamonds.

The Canadian actor and stuntman, known for portraying Shang-Chi in the Marvel cinematic universe, was wearing a Seamaster Aqua Terra watch created in full 18K yellow gold. The radiant 38.5 mm timepiece includes a sun-brushed and lacquered champagne dial, which is decorated with the Aqua Terra’s famous teak stripes—inspired by the wooden decks of luxury yachts.

The American actor, most famous for his role in That ‘70s Show, was spotted wearing a 39 mm Omega Constellation watch. The iconic design is crafted entirely from 18K yellow gold and includes an opaline silvery dial and a precise Co-Axial Master Chronometer movement.

The 007 actress is known for wearing Omega on-screen. Tonight, she was spotted with a 29 mm Omega Constellation in stainless steel, featuring a diamond-paved bezel and mother-of-pearl dial.

The actress, who voices the character Isabela in Disney’s Oscar-winning film Encanto, is seen pairing an Omega Constellation with a dress in the same palette as the watch’s accents.

American actor, writer, and producer kept it classic at the after party, with a De Ville Prestige in stainless steel with black leather strap. The striking two-zone silver dial has Roman numerals at the 3, 6, 9 and 12 o’clock positions.