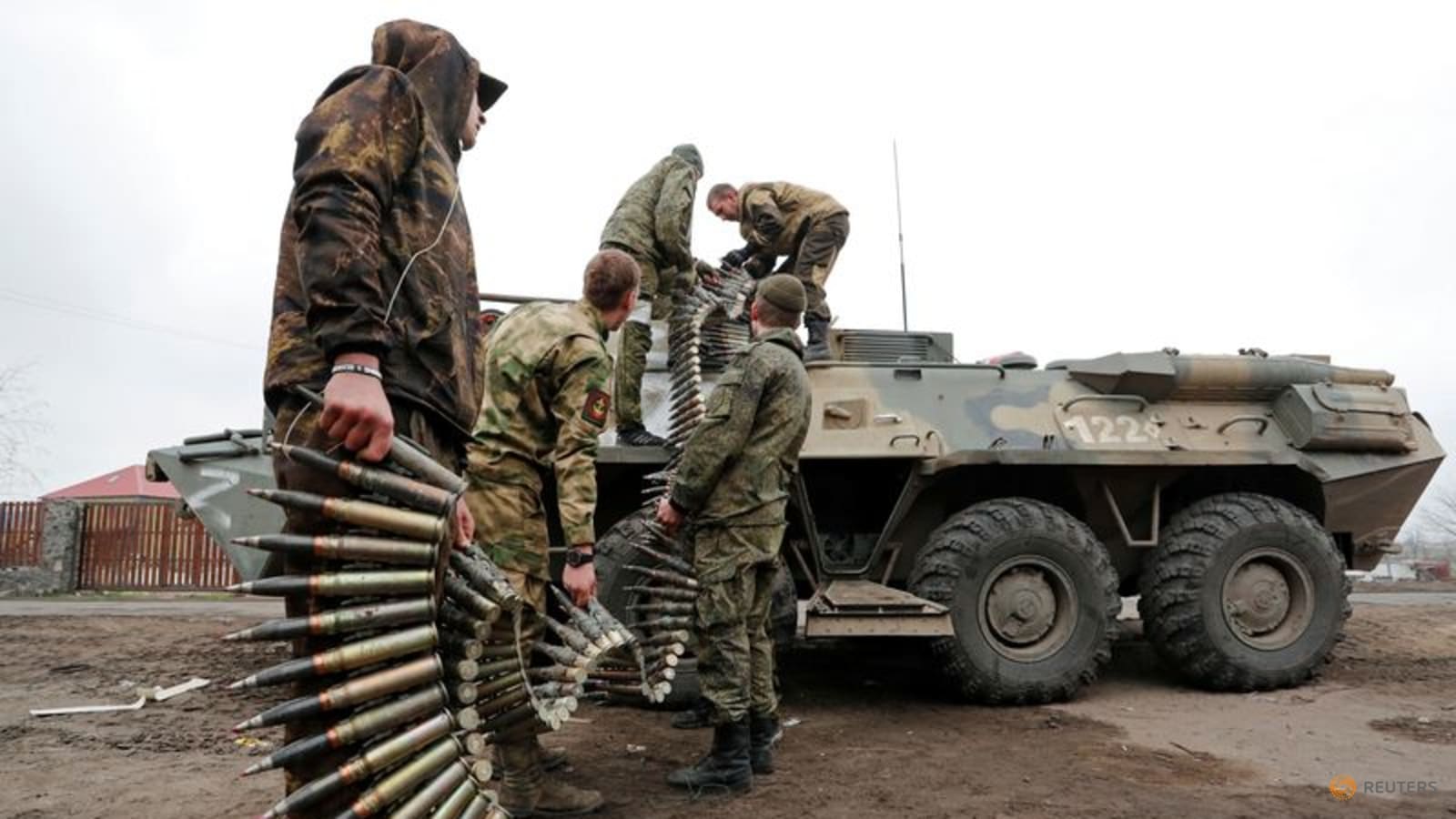 Russia’s defence ministry said on Wednesday (Apr 13) that 1,026 soldiers of Ukraine’s 36th Marine Brigade had surrendered in the besieged port city of Mariupol.

“In the town of Mariupol, near the Ilyich Iron and Steel Works, as a result of successful offensives by Russian armed forces and Donetsk People’s Republic militia units, 1,026 Ukrainian soldiers of the 36th Marine Brigade voluntarily laid down arms and surrendered,” the ministry said in a statement.

Among the troops were 162 officers and 47 were women, the ministry added. More than 100 were wounded.

Russia said 151 wounded Ukrainian soldiers were treated on the spot and taken to Mariupol’s city hospital.

Earlier on Wednesday, Chechen leader Ramzan Kadyrov said more than 1,000 Ukrainian marines had surrendered in Mariupol and urged remaining forces holed up in the Azovstal steel mill to surrender.

Russia is believed to be trying to connect occupied Crimea and Moscow-backed separatist territories Donetsk and Lugansk in Donbas and has laid siege to Mariupol at the start of its military operation.

Thousands of civilians are believed to have died in the city, which has seen some of the most intense fighting in the conflict.