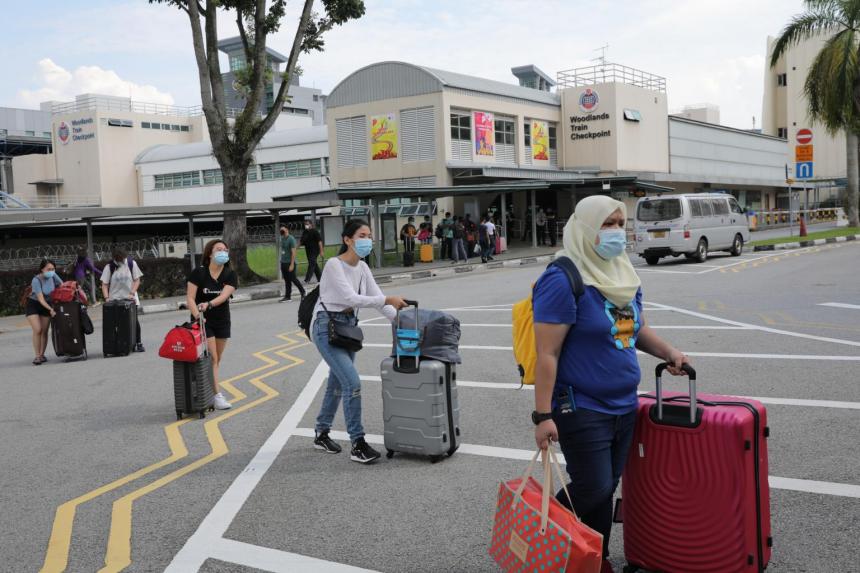 JOHOR BARU (THE STAR/ASIA NEWS NETWORK) – At least 400,000 people are expected to commute via Malaysia’s two land borders with Singapore within the first week of the full reopening beginning on Friday (April 1).

Johor Chief Minister Onn Hafiz Ghazi said on Wednesday that all lanes at the two checkpoints – the Bangunan Sultan Iskandar Customs, Immigration and Quarantine (CIQ) complex in Johor Baru and Sultan Abu Bakar CIQ complex at the Second Link – would be fully operational.

The land borders between Malaysia and Singapore had been partially closed due to the Covid-19 pandemic since March 18, 2020.

Only commercial vehicles and those under special travel arrangements had been allowed to commute daily.

“Prior to the pandemic, about 400,000 were commuting daily via these two links. So between April 1 to April 7, we expect the same number of people to travel using these links,” Datuk Onn Hafiz said after touring Sultan Abu Bakar complex in Tanjung Kupang to find out about the final preparations for the reopening of the border.

He added that agencies such as the Johor Information Department were also preparing infographics on the new standard operating procedures to ease the journey for the people.

“It is important for all travellers to download the MySejahtera application on their mobile phones before entering Malaysia,” he said.

Also present during the hour-long tour of the checkpoint was Malaysian Transport Minister Wee Ka Siong.

Travellers crossing via the land borders will not need to take any pre-departure coronavirus tests or be subjected to quarantine.