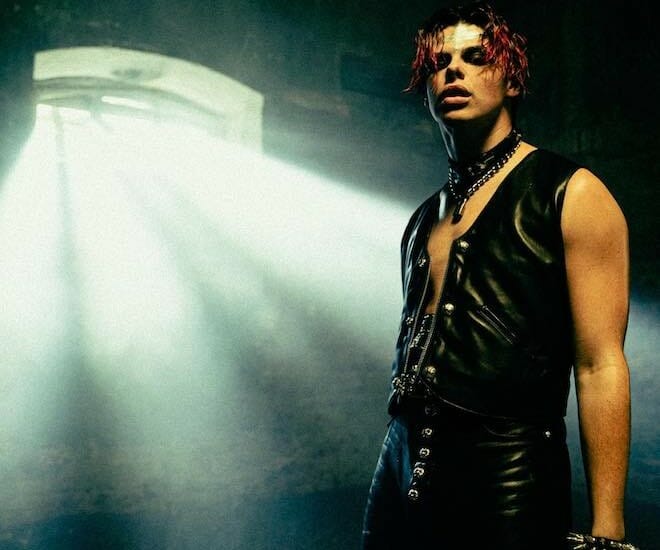 Founded in 1988 by Richard Stark and John Bowman in a Los Angeles garage, Chrome Hearts has become one of the most beloved fashion brands today. In recent times the brand has become somewhat ubiquitous, appearing as the title of a track off Uzi Vert’s standout Eternal Atake, on Kylie Jenner’s Instagram, as well as in the lyrics of The Weeknd’s “Escape from L.A.” — which is a nod to his ex Bella Hadid.

Stark And Bowman were hard-pressed to find leather jackets to their liking, so the pair decided to start Chrome Hearts. The brand went on to become instrumental in popularising the biker-inspired lifestyle with products like leather jackets — made with premium leather, since Bowman was already a leather manufacturer — sunglasses, jewellery, as well as products for homes. Soon after Chrome Hearts’s launch, Sterling silver jeweller Leonard Kamhout joined the team.

Chrome Hearts first broke on the scene when Steve Jones, guitarist of the Sex Pistols began wearing the brand onstage. Not long after, bands such as Motley Crüe and Guns N’ Roses began wearing Chrome Hearts too, and the rest as they say, is history.

The trio of founders would eventually split up in 1994 whereupon Stark and his wife took control of the brand. A couple of years later Chrome Hearts opened its first-ever flagship in New York City, and now has expanded to 33 stores worldwide covering USA, Asia, Europe and the Caribbean. Apart from that, stockists include Bergdorf Goodman, Isetan and Selfridges.

While Chrome Hearts has been a mainstay for rockstars since its inception, in recent years the brand has found its way into the wardrobe of numerous hip hop stars. Apart from the aforementioned Uzi Vert, Ye — formerly Kanye West — and Travis Scott have also been spotted wearing the brand.

With the hip hop influence, it’s no real surprise then that collabs have been a big part of Chrome Hearts recent history. Here are some of our favourites:

This collection dropped in May 2021 ahead of Drake’s album Certified Lover Boy and was limited to Chrome Hearts’s Miami store. According to Lynn, the collection was designed to be extremely limited. “He wanted things to be heirlooms and have them be coveted,” she told GQ. “He was very specific about having things that have longevity. Like, in 10 years, if someone says, ‘Oh, remember they did that Drake project? What were those few pieces that were made? How do you have one?’”

Over the years, both of these legacy brands have collaborated a few times. The most recent, however, is the 2021 19-piece capsule featuring extremely limited items. These comprise jackets, pants, sheaths and dresses, the standout of which were a silky black apron top, an open side-vented convertible collar shirt, as well as a double-layer blazer with notched lapels. When we say extremely limited, we mean extremely limited. Each of the items in the capsule were one-of-one, with plans for full collections unconfirmed.

One of the biggest collabs to date, the Chrome Hearts x Off-White drop consisted of a single, bold orange hoodie with black branding. Virgil Abloh announced this drop soon after sharing about his intriguing Fall/Winter 2018 CST-001 sneaker. The bold branding appears on the rear with a “©2018”, and on the front the graphic reappears but is minimised. Of course, this was not the first first collaboration between the brands, with the pair having connected in 2016 for a limited t-shirt offering — in an eye-catching lime green.

This exquisite collab takes us all the back to 2009, when the two icons collaborated on a t-shirt drop that was available in BAPE stores in men’s, women’s and children’s sizes, with designs unique to each store. The collection also brought about an extremely limited run of “Baby Milo Plush” tees, with only 12 pieces released worldwide.

The post Everything You Need To Know About Chrome Hearts appeared first on LUXUO.