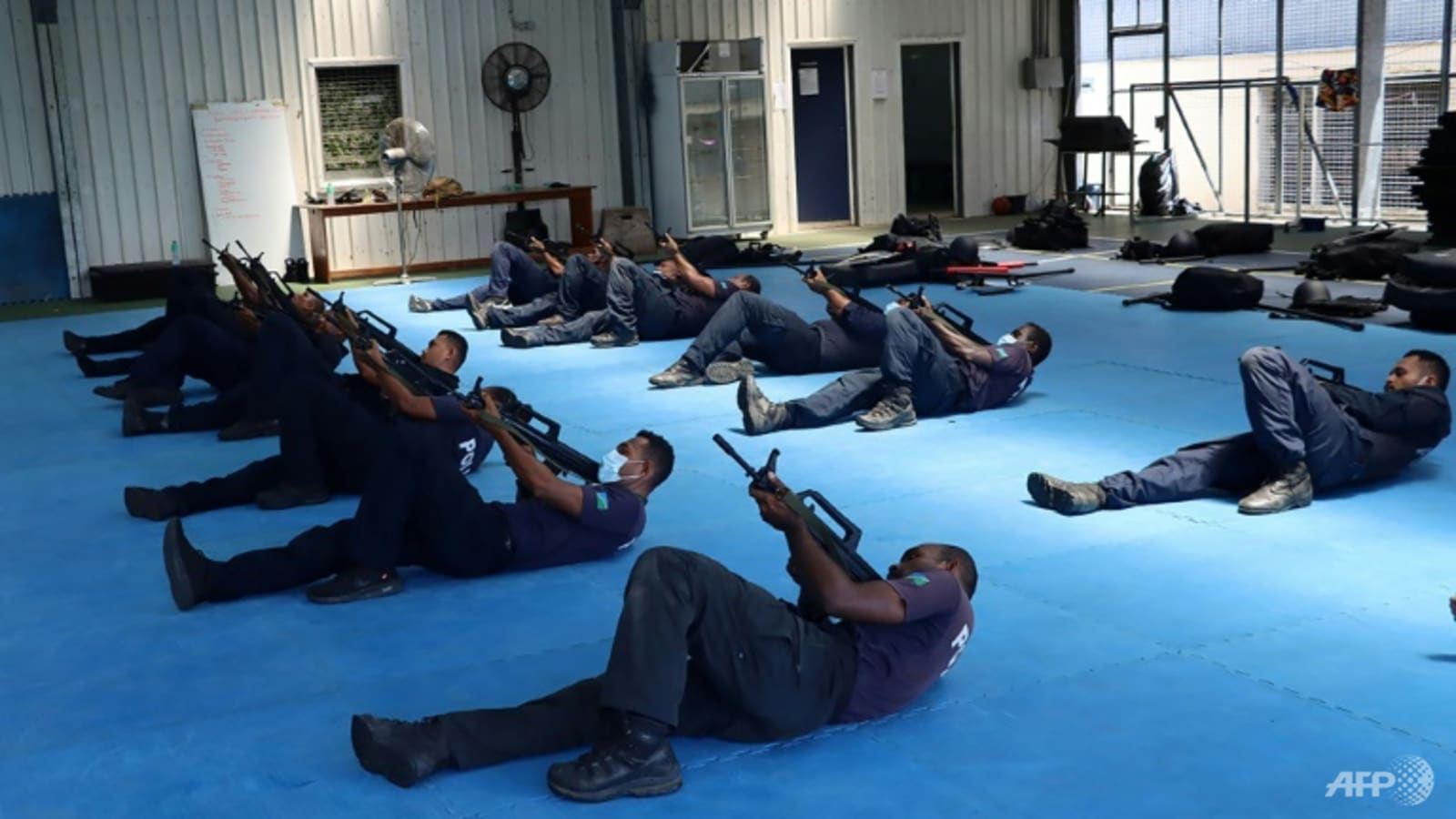 HONIARA: The Solomon Islands on Thursday (Mar 31) said it had inked a wide-ranging security pact with Beijing, an agreement Western allies fear will pave the way for the first Chinese military foothold in the South Pacific.

“Officials of Solomon Islands and the People’s Republic of China have initialled elements of a bilateral Security Cooperation Framework between the two countries today,” said a statement from the prime minister’s office in Honiara.

It is now awaiting signature by foreign ministers of the two countries.

It included a proposal that “China may, according to its own needs and with the consent of the Solomon Islands, make ship visits to, carry out logistical replenishment in, and have stopover and transition in Solomon Islands”.

It would also allow armed Chinese police to deploy at the Solomon Islands’ request, to maintain “social order”.

The “forces of China” would also be allowed to protect “the safety of Chinese personnel” and “major projects in the Solomon Islands”.

Without the written consent of the other party, neither would be allowed to disclose the missions publicly.

The leaking of the draft sent political shock waves across the region.

The United States and Australia have long been concerned about the potential for China to build a naval base in the South Pacific, allowing its navy to project power far beyond its borders.

Any Chinese military presence would likely force Canberra and Washington to change their military posture in the region.

Australia’s Chief of Joint Operations Lieutenant General Greg Bilton said Thursday that the China-Solomon Islands pact would “change the calculus” of his country’s operations in the Pacific.

The Solomon Islands’ Prime Minister Manasseh Sogavare dismissed critics of the deal in a fiery speech Tuesday, saying there was “no intention whatsoever… to ask China to build a military base in the Solomon Islands”.

He added that it was “very insulting … to be branded as unfit to manage our sovereign affairs” by other nations.

Word that the pact had been initialled came just hours after the president of the Federated States of Micronesia made public an impassioned plea to Sogavare to reconsider signing the deal.

President David Panuelo voiced “grave security concerns about this proposed agreement” in a Mar 30 letter to the leader, citing rising tensions between China and the United States.

“My fear is that we – the Pacific Islands – would be at the epicentre of a future confrontation between these major powers,” Panuelo wrote.

In his letter to Sogavare, Panuelo asked the Solomons leader to consider the long-term consequences “for the entire Pacific region, if not the entire world” of signing the security pact.

There are also fears the deal could fuel domestic strife inside the Solomons.

The nation of 800,000 has been wracked by political and social unrest, and many of its people live in poverty.

In November, protesters tried to storm the parliament and went on a deadly three-day rampage, torching much of Honiara’s Chinatown.

More than 200 peacekeepers from Australia, Fiji, Papua New Guinea and New Zealand were deployed to restore calm, and Sogavare avoided being deposed.

The unrest was sparked by opposition to Sogavare’s rule and fuelled by unemployment and inter-island rivalries.

Leaders on the most populous island of Malaita fiercely oppose Sogavare’s decision to recognise Beijing and break ties with Taiwan in 2019.