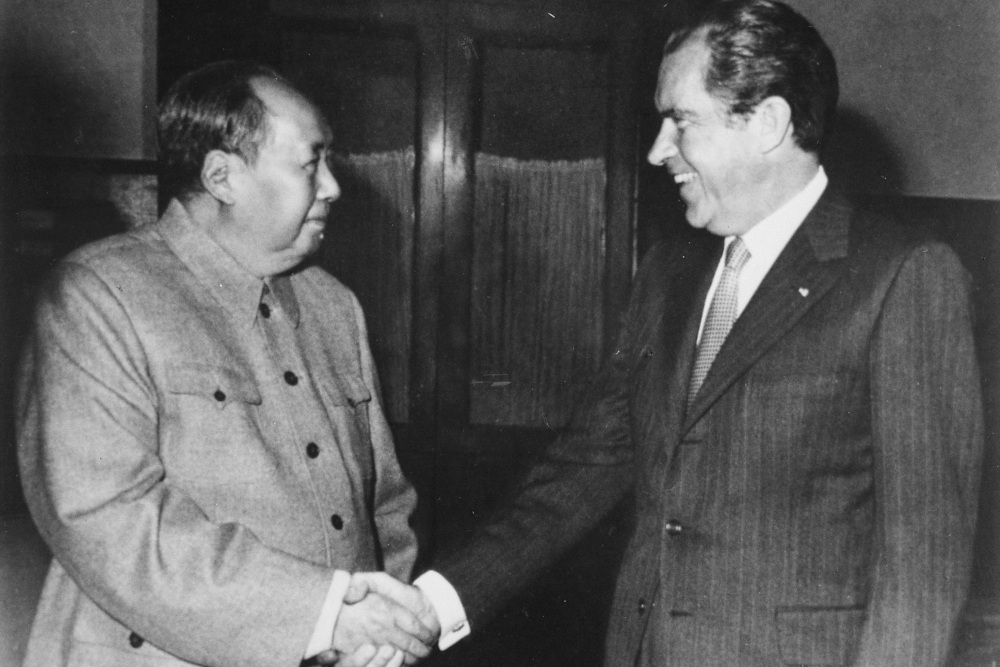 The tame ending of the saga of Nancy Pelosi’s trip to Taiwan leaves many intriguing loose ends, although the world is lucky that she didn’t choose to test the authenticity of the Chinese rhetoric.

Speaking of authenticity, however, a good case can be made that it was President Biden and Pelosi who might have been actually grandstanding. After all, Pelosi is entitled to top secret government briefings and would have had no doubt that it was far too risky for her to visit Taiwan at the present juncture of both heightened tensions in US-China relations as well as a complicated international environment centred around the conflict in Ukraine.

Furthermore, doesn’t Pelosi enjoy easy access to Biden? They go back a long way in politics. But, apparently, in this case, they preferred using megaphone. It stretches credulity.

The big question is, what is the real purpose behind such brouhaha over a contrived setting? Three things come to mind. First and foremost, Washington has tested Beijing’s cheekiness to seize the Ukraine conflict as a window of opportunity to annex Taiwan. Although China has repeatedly affirmed that the two situations — Ukraine and Taiwan — have nothing in common, Beijing’s intentions have been under close scrutiny in the US.

Frankly, therefore, the denouement is not wholly convincing  — Pelosi’s  apparent decision to stand down. The New York Times still insists that “administration officials say they now expect (Pelosi) will include a stop in Taiwan, despite China’s increasingly sharp warnings in recent days that a visit to the self-governing island would provoke a response, perhaps a military one.” Interestingly, Global Times also does not exclude such a possibility — “It is still possible that Pelosi wants to make a risky and dangerous move by trying to land at a Taiwan airport…”

The only logical conclusion out of empirical evidence is that left to itself, Beijing is not looking for an alibi to invade Taiwan, but fundamentally adheres to its stated policy of “peaceful reunification.” That said, Washington was effectively left in no doubt that Beijing was issuing much the same “red line” warnings that Moscow also had issued about Ukraine, which the Biden Administration decided to ignore.

Beijing prefers to believe, though, that Pelosi’s change of plan “could be a result of communication” between her and the White House, the Pentagon and the US Joint Chiefs of Staff.

Second, China also chooses to believe that President Xi Jinping’s stern warning to President Biden during their phone conversation — ‘those who play with fire will perish by it’ — impacted Biden profoundly, which means that the latter ought to know that he has to exercise caution when it comes to Taiwan.

In a conversation of two hours and 20 minutes, Biden and Xi would have discussed issues at some length. Yet, despite the tensions rising to a crescendo, the Chinese readout conveyed an appreciable degree of satisfaction.

The senior US official in the White House who gave a background press call  also concluded saying, “the two leaders very specifically tasked their teams to follow up on a number of these areas.  There was an exchange at the end about how much work they’d created for their teams in terms of following up on the specific pieces, and again, a conversation about a face-to-face meeting being worked out between the teams.

“So I would say that… there was very much a clear, affirmative agenda that was put forward and agreed to… by the leaders for the teams to work toward.  that’s a really important piece to keep in mind that was, frankly, a pretty significant part of the conversation today.”

What assurances, if any, Biden held out to Xi we do not know. Without question, the main outcome of the call is that the door opens “to follow up to find a mutually agreeable time” for a face-to-face meeting between Biden and Xi. Conceivably, such a meeting may suit Biden before the US mid-term elections. However, from the Chinese side, there has been no indication — so far at least — regarding a possible meeting between Xi and Biden.

The senior US official conspicuously played down the “direct and honest conversation” between Biden and Xi regarding Taiwan issue, and detailed how the phone call was “in the works for quite some time” before National Security Advisor Jake Sullivan proposed the idea to Yang Jiechi at their meeting in Luxembourg on June 13.

Finally, the geopolitical context cannot be overlooked. All the bravado notwithstanding, the US is in no position to fight a war with China today. On the contrary, it is certainly not Beijing’s game plan to seize Taiwan by force when things are going so well for its strategy of peaceful unification. The pressure is really on Washington, as the US’ decline and the shift in relative comprehensive national power vis-a-vis China may only become more pronounced with the passage of time.

Within the US itself, even hawkish opinion-makers on China criticised  Pelosi’s move. Former President Donald Trump was devastating: “Why is Nancy Pelosi getting involved with China and Taiwan other than to make trouble and more money, possibly involving insider trading and information, for her cheatin’ husband?

“Everything she touches turns to Chaos, Disruption, and ‘Crap’… the China mess is the last thing she should be involved in — she will only make it worse. Crazy Nancy just inserts herself and causes great friction and hatred. She is such a mess!”

To be sure, given the recession and the spectre of economic collapse, and the political turmoil that may ensue, none of the US’ European allies (including the UK) is enthusiastic today about a war with China. The Biden Administration is in no position to rally their support for what would have to be a far more punishing sanctions regime against China.

In fact, the US will face complete isolation in the international community for precipitating such a risky misadventure that could bring the roof down on the world economy. China  is  an engine of growth for the world economy.

In retrospect, the Taiwanese-American journalist Brian Hioe had an interesting “take” when he told Amy Goodman at Democracy Now! in an interview last Wednesday that it is a “a very good question” as to how the authorities in  Taipei are reacting to the seamless speculations as to how such a contrived standoff with China over Taiwan with no rational end in view,  as a spinoff from the disarray in US domestic politics.

Brian Hioe said: “I think what is noteworthy is the Tsai administration has not made a politically strong statement on the possibilities of the visit… Tsai administration would actually play it low-key… How much of a red carpet will be rolled out for Pelosi? I don’t know.” Taipei probably anticipated that it could as well turn out to be a non-event.