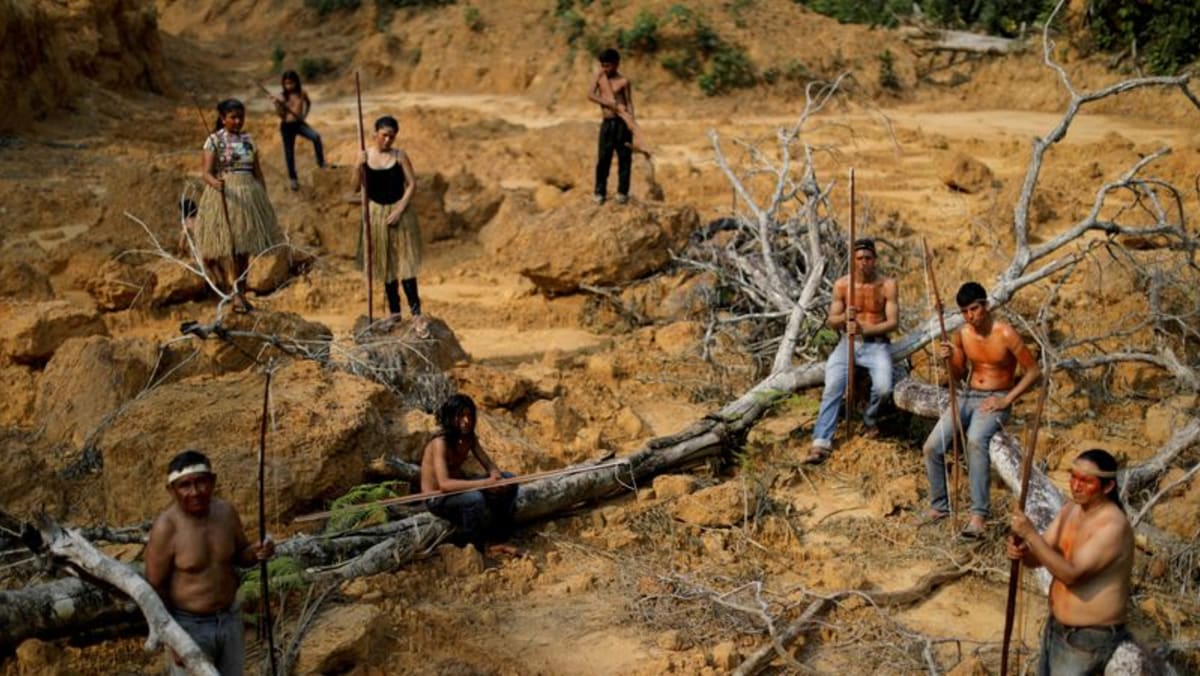 Deforestation in Brazil’s Amazon rainforest fell 15 per cent in March from a year earlier, preliminary government data showed on Friday (Apr 8), but even with that dip it was enough to drive the most destruction during the first quarter in at least six years.

From January to March, deforestation of the Brazilian Amazon rose 64per cent from a year ago to 941 square kilometers (363 square miles), data from national space research agency Inpe showed. That area, larger than New York City, is the most forest cover lost in the period since the data series began in 2015/2016.

Destruction of the world’s largest rainforest has surged since President Jair Bolsonaro took office in 2019 and weakened environmental protections, arguing that they hinder economic development that could reduce poverty in the Amazon region.

The president’s office and the Environment Ministry did not immediately respond to requests for comment.

A UN climate panel report on Monday warned that governments are not doing enough to rein in greenhouse gas emissions in order to avert the worst effects of global warming.While fossil fuel use is mostly to blame, deforestation accounts for about 10 per cent of global emissions, according to the report.

“Brazil is an example of what the UN climate report is saying when referring to governments not taking the necessary actions,” said Cristiane Mazzetti, a forest campaigner in Brazil for environmental advocacy group Greenpeace.

“We have a government that goes deliberately against the necessary steps to limit climate change.”

Some scientists predict deforestation will continue to rise ahead of Brazil’s October presidential election, as it has ahead of the last three elections.

Environmental enforcement typically weakens in election years and criminals may rush to deforest ahead of a new government taking office, according to Carlos Souza Jr, a researcher at the institute Imazon.

A poll on Thursday showed that left-wing former President Luiz Inacio Lula da Silva, whose administration drastically reduced deforestation in the 2000s, would get 45 per cent of the vote over 31 per cent for Bolsonaro in the first round of the election.