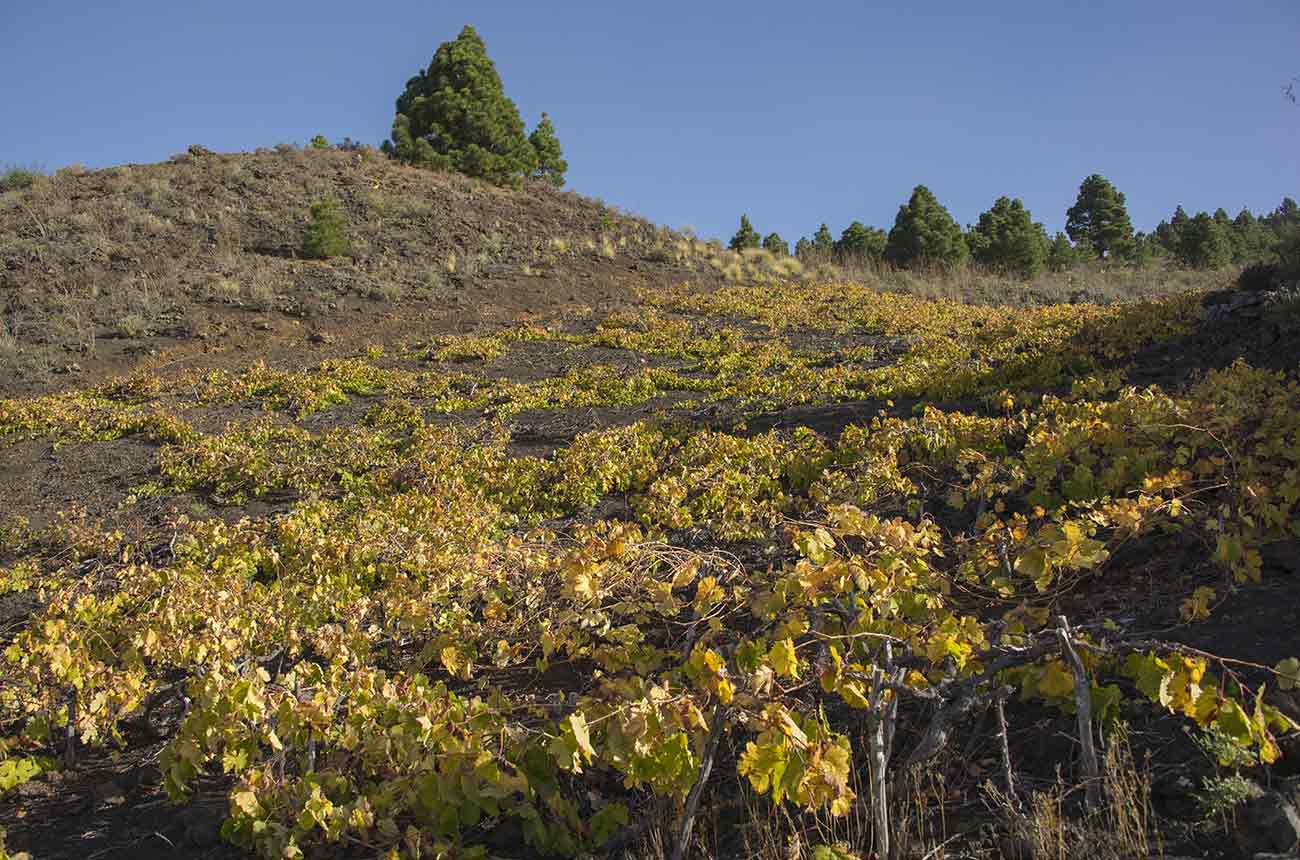 On 19 September 2021, the Cumbre Vieja volcanic ridge in the island of La Palma, Spain began a massive, three-month long eruption, that was a catastrophic event for this westward island in the Canarias.

The volcanic fumes caused breathing problems as well as the cancellation of flights and fruit harvests, including grapes. Despite 7,000 people needing evacuation from the flow of the lava, there was only one fatality during the entire eruption.

As the lava flow eventually covered over 1,000ha, more than 3,000 buildings were damaged or destroyed. The village of Todoque, which had over 1,300 residents has literally been wiped from the face of the earth by lava flow. In total, the government puts the losses at €843m.

Within this total were homes and businesses, but also a great deal of farmlands. Banana plantations and other crops were lost, along with many hectares of vineyards. While the entire island lays claim to 871ha of active vineyards, vinified by about 20 wineries, 40ha of them have now been declared completely lost as they were interred in lava flows.

While vineyards can be replanted in other locations, some were old vines that can’t be readily replaced. More important however, is replanting with the same local varieties to recuperate the specific clonal conditions that had taken centuries to achieve.

There was one fortunate aspect to this natural disaster in that a study was being carried out by the local island denomination of origin and the Agricultural Council at large for all of the Canarias islands. Four months prior to the volcanic eruption, they had worked with the University of Rovira i Virgili in Tarragona, Catalunya to collect and analyse samples, cataloging any as-of-yet unknown varieties unique to the Canarias.

In talking with Decanter, the director of the laboratory side of the project and a professor in biochemistry, Francesca Fort i Marsal said: ‘There are four varieties we consider to be ‘local’ to the island of la Palma: Albillo Criollo, Bienmesabe Tinto, Gual Mazo and Sabro. These are relatively well known.’

Fort added that while planted widely, Malvasia Volcánica was brought to the island and is genetically the same as Malvasia de Sitges in Catalunya, Spain and surprisingly, Malvasija Dubrovačka in Dalmatia, Croatia.

In the pre-eruption project, they sent 70 samples from 50ha on the island to Tarragona for analysis which then remained in frozen state once analysed. It would come to be that 13 of these 70 samples were completely lost to the lava and while sitting in a frozen state as they were meant to be used just for DNA analysis, they’re hoping that they can now extract the meristem cells in order to due an in vitro cultivation and bring these specific vines back to life.

The importance of resuscitating them is that while these crosses may exist in other islands or locations, these specific clones that were lost to the volcano, were the process of centuries of human selection. As phylloxera never reached the Canarias (due to isolation as well as the volcanic soils) vines were propagated directly from one another without grafting using the layering technique.

Thus, viticulturists of the past would expand the ubiquity of those vines that thrived in the island conditions and tear out those that weren’t. The results were vines extremely well-adapted to la Palma’s specific climate and soils and is something that can’t be replicated artificially, thus the great desire to recuperate these specific vines.

There is a great deal of work ahead and Fort’s team has now been working with the La Palma DO authorities to plant about 25 vines in the experimental vineyard on the island and carry out microfermentations to assert viability. If they take hold, they can eventually be propagated to private vineyards and be commercially grown, thus turning a new page in the life of these clones that began centuries ago and will hopefully continue centuries into the future, volcanoes permitting.

A new level of identity for Canary Island wines