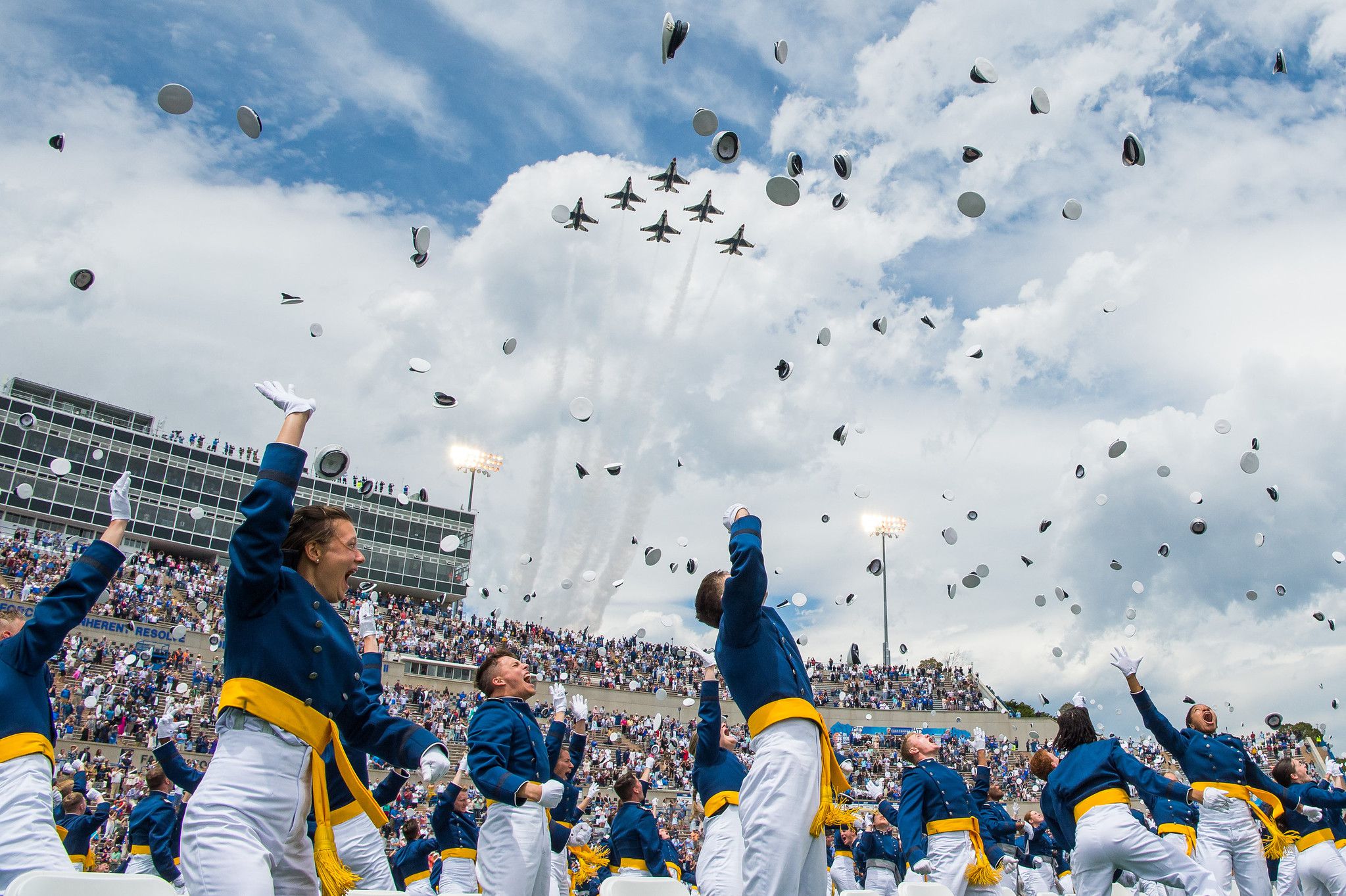 COLORADO SPRINGS ― At a time when young leaders in the military are facing a mountain of challenges, the Pentagon’s boss chose to keep it simple in his advice to the next generation of Air Force and Space Force 2nd lieutenants on Wednesday: Just do the right thing.

That includes a love of service, he added, not only to your fellow service members, but to your community and your country.

In April, the Air Force Academy announced it had expelled 22 cadets and put hundreds more on probation after revelations of widespread cheating in 2020, as cadets were sent home to continue their schooling remotely.

Austin also echoed Milley, who has multiple times in recent years opined on the dangers of tyranny and a service member’s oath to the Constitution.

“And it means a lifelong passion for our core values of democracy, liberty and the rule of law,” Austin said.

His comments come days after the Air Force Academy announced it would graduate, but not commission, three cadets who have refused to be vaccinated against COVID-19, which is required to serve in the military unless an exemption is approved.

It will be up to the Air Force Department to decide whether to seek repayment of the cost of those cadets’ education, as cadets agree to repay the cost of their education if they do not fulfill their service obligations.

In addition to moving through the next phase of the pandemic, new junior leaders are entering a military that is shifting in myriad ways.

The end of the war in Afghanistan and the now months-long conflict in Ukraine have thrown into stark relief what war will look like in the future.

“Putin’s war of choice is an affront to the rules-based international order. And it’s a challenge to free people everywhere,” Austin said. “But the whole world has been inspired by the bravery of the Ukrainian people. And I know that you have been as well.”

And internally, the services are battling their own demons, whether it’s the rise in suicide rates among troops, the ever-present threat of sexual assault and harassment, or the tide of domestic extremism washing across the country.

Austin met with soldiers and spouses at Fort Carson, Colorado, on Tuesday, to discuss their challenges, particularly with the stigma that still hangs over seeking treatment for mental health struggles.

“As President Biden has said, the United States leads not just by the example of our power but by the power of our example,” Austin said in his speech. “So lieutenants, I want you to think about the example that you will set. By your conduct. Your courage. And your devotion to the Constitution.”