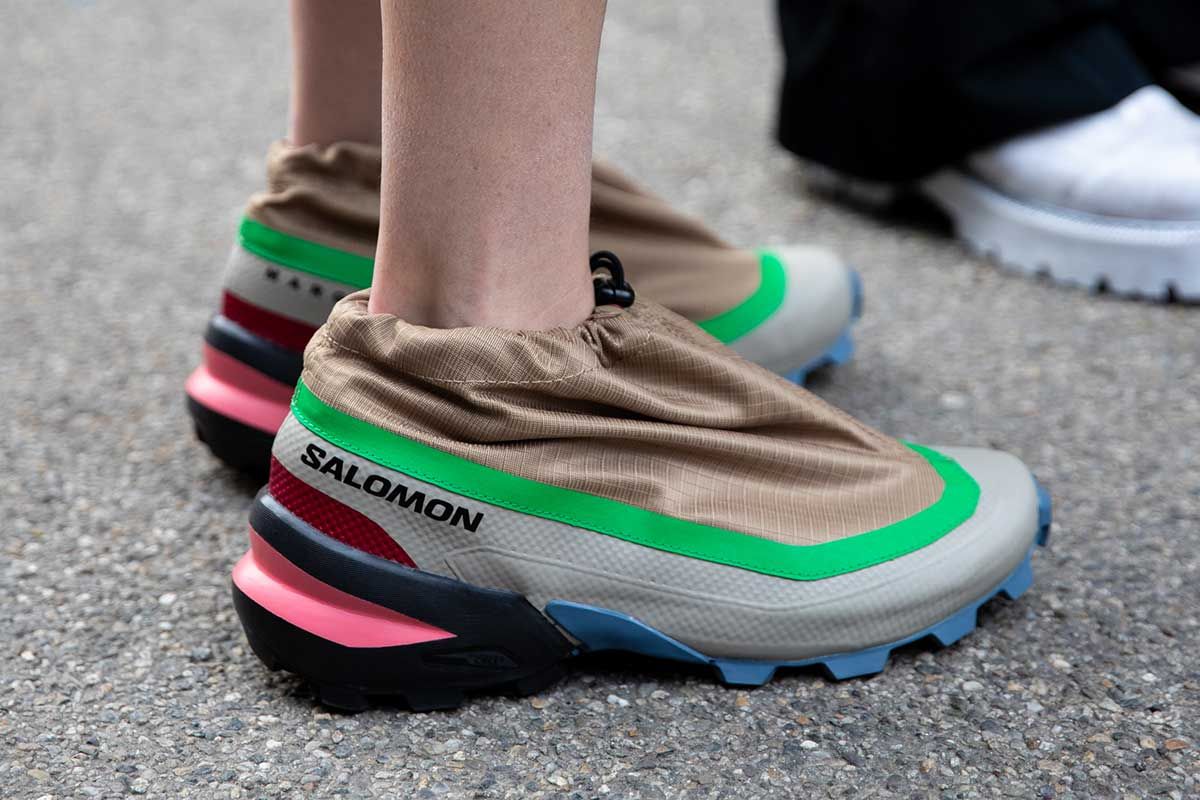 Maison Margiela‘s youthful MM6 sub-label announced a collaboration with French sportswear brand Salomon weeks before actually debuting the shoes. If that sounds like too much pomp and circumstance for a simple sneaker collab, well, check out the kicks for yourself ‘cuz they’re a sight to behold.

It fits into the label’s legacy: MM6 is prone to, dare I say, kickass collaborations.

For instance, MM6 x The North Face deconstructed outdoor gear in line with the fashion brand’s cheekily anti-establishmentarian ethos — you’d never seen a Nuptse like this before.

So, leave it to MM6 to utterly transform Salomon’s signature trail runners.

In a press release, MM6 explains that it sought to align with Salomon, “whose function-first footwear takes to urban streets as naturally as to mountain trails,” as part of a greater desire to create wearable staples.

Unlike mainline Margiela, MM6 is focused on the classics, with a twist. Its Spring/Summer 2022 collection, with its metallic silver dresses, sliced denim jeans, and sleeveless riders jackets — a riff on the Margiela classic — speaks for exactly that ethos.

Fitted with lug soles that contrast against their powder pink hues, a low-top iteration sports a day-glo gaiter that can be adjusted to warp the silhouette. It’ll be complemented by a high-top style and both will be offered in muted black and beige colorways, but the fluorescent makeups are key.

If nothing else, it’s proof that Salomon is willing to go the distance to devise dynamic collaborations, though its more grounded stuff is no less solid.