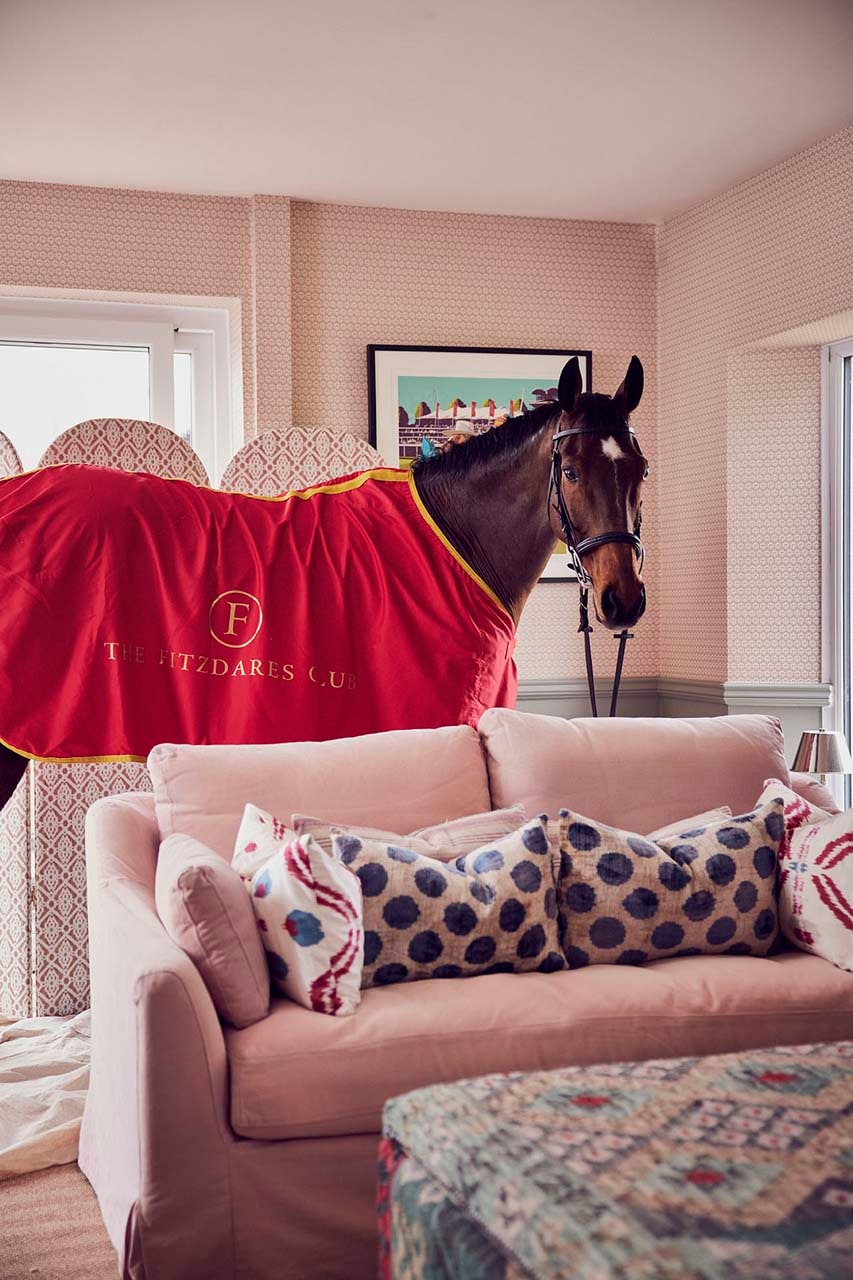 Naunton Downs proves that entirely. With Rosanna Bossom – of 5 Hertford Street – interiors (think: pristine sofas and patterned wallpapers), a smart restaurant called Willoughby’s and an artisanal boutique (not to mention the high-society bookies) – it leaves little to be desired. If Soho House’s business model is anything to go by: there’s the right kind of clientele within riding distance, such as the three Cotswold J’s: Jilly Cooper, Jeremy Clarkson and Jade Holland Cooper. The opening party, on the eve of the opening day of the festival, was an occasion where oysters were washed down with champagne and caviar, and it was attended by lords, ladies and gentlemen bedecked in tweed (such Lord Vestey, Willa Keswick, a scion of the Keswick dynasty, and James Blunt’s sister).

But if that Cheltenham week back in March was a big occasion for the Paulings (topped with their day two winner, Global Citizen, in the Grand Annual) then we are on the cusp of something bigger this weekend with the Grand National (that comes following a two year hiatus). What’s more, Pauling has a runner (Kildisart, whose odds, at the time of writing, are 33/1). After that, regardless of sunshine or showers, Pauling, will ride his army of 85 horses the four miles from Bourton-on-the-Water, where they are currently trained, to their new home. If the club sits at the bottom of one drive way – then the stable yard sits at the end of the neighbouring, a stone’s throw from one another, with a meandering 18 hole golf course in-between.