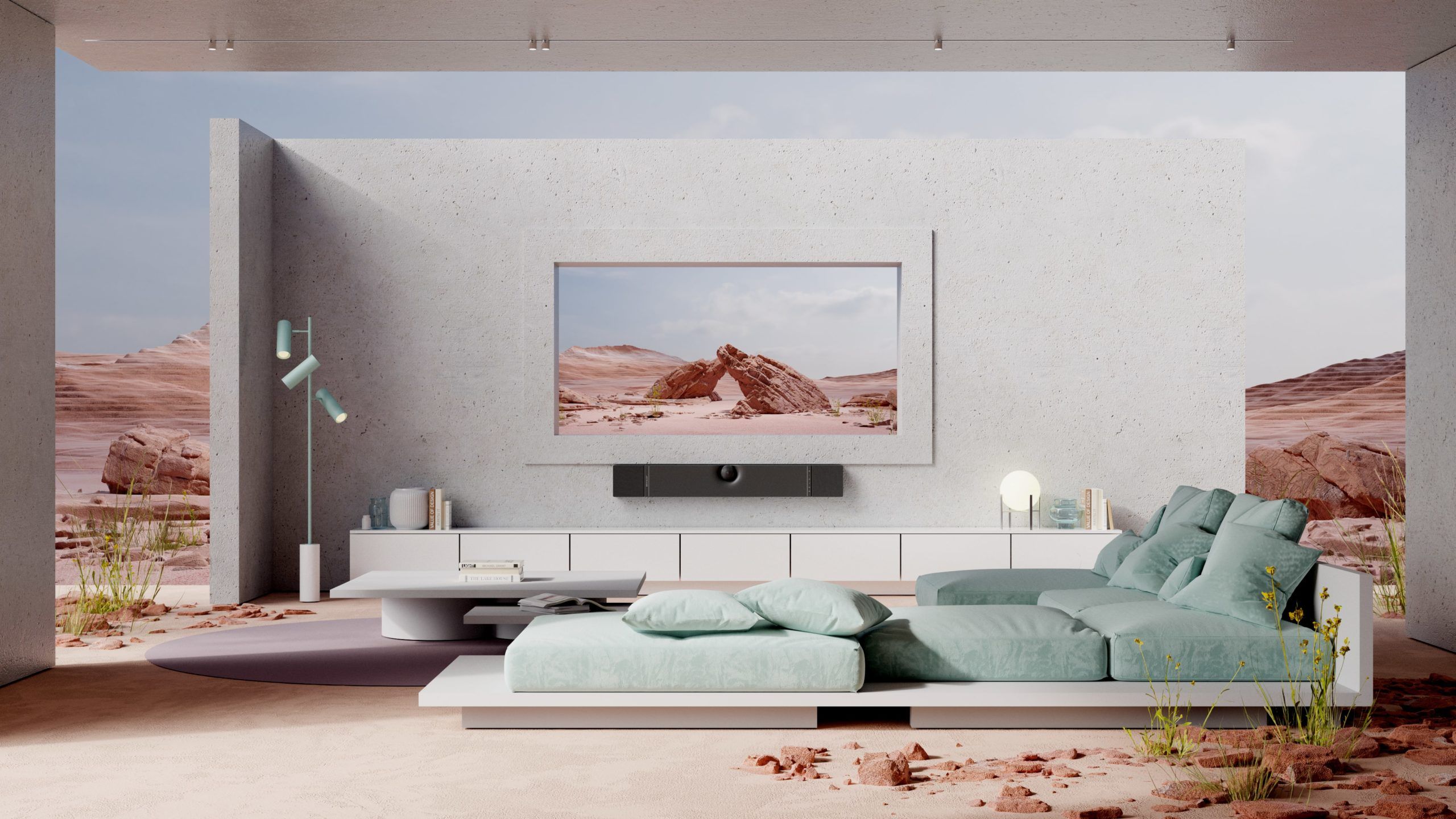 This just in: French audio house Devialet has announced the worldwide release of the brand’s first ever soundbar: the Devialet Dione.

The all-in-one soundbar is set to raise the bar for an immersive cinematic experience at home, crafted with the brand’s engineering and acoustic expertise. The Dolby Atmos® 5.1.2 soundbar even comes with eight built-in SAM®-powered subwoofers (which removes the need for a separate subwoofer), as well as a patented central ORB® that’ll be able to adapt mechanically and acoustically to any in-home placement, whether it’s mounted on a wall or placed flat on a piece of furniture.

Ok, you’ll actually need to manually rotate the orb with your hand — which a little bit of a bummer considering how futuristic it looks — but we’ll take it.

“At Devialet, we thrive on creating extraordinary products that deliver unprecedented sound experiences. We have pursued our vision of redefining the place sound holds in people’s lives through our unique amplifiers, Phantom speakers, and true wireless earbuds. Now, Devialet Dione, our first soundbar, brings us even closer to our goal,” says Frank Lebouchard, CEO of Devialet.

The aesthetics of the Devialet Dione is probably what will grab your attention first: the sleek, lean machine is made from an anodized aluminium central core and carefully selected acoustic fabrics. With sustainability being the forefront of just about any brand these days, it has also been purposefully designed to be fully recyclable too.

Apart from the material, the 1.2 metre-long soundbar also boasts a 7.7 centimetre-thick profile, which, if you’ll continue reading in just a little bit, is why the company isn’t kidding when it says it’s built with a radical size-to-performance ratio.

Did you know the Dione also comes with 17 custom-build autonomous drivers that help to deliver deep infrabass, dynamic midrange medium, and crystal-clear treble? Well, now you do. If you want to go into the details of it, eight of the drivers serve as subwoofers, the other eight for full-range audio, with the last centre driver inside the orb.

The new soundbar is equipped with SPACE™, , the company’s proprietary 3D upmixing sound algorithm that can upscale stereo sound into virtual 5.1.2 audio channels, which, in layman terms, means it’ll be able to enhance immersion on any content such as TV channels. This feature is switched on by default for video content, but deactivated for music — a function that you can easily change via the Devialet app. You’ll find that the Devialet Dione is also designed with Bluetooth 5.0 and Wi-Fi, and users can stream audio using AirPlay 2 and Spotify Connect.

The Devialet Dione will be available for pre-order at S$3,790 with full availability set to be announced in the coming weeks. The products will be available at Devialet retail stores at ION Orchard and The Shoppes at Marina Bay Sands, authorised dealers, as well as from the Devialet website.