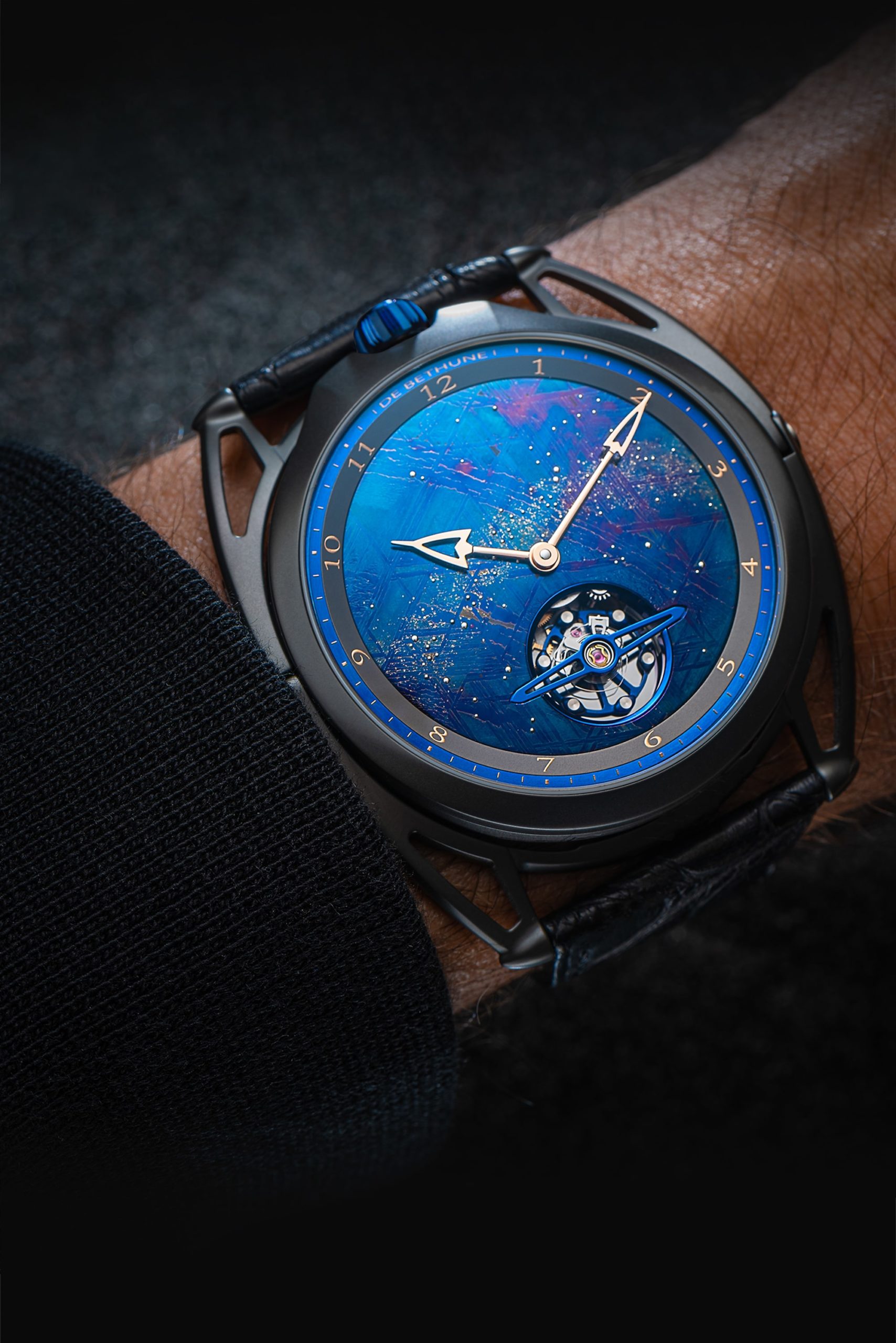 It is believed that the Muonionalusta meteorite struck Earth somewhere between Finland and Sweden on the banks of the Muniono river more than one million years BCE, with the first fragment discovered in Sweden back in 1906.

Housed in a black zirconium case, the dial of the De Bethune DB28XP Meteorite is cast from the extraordinary metal alloy forged in space, which endows it a distinctive texture along with out-of-this-world geometric patterns that make each timepiece unique. Composed mainly of iron and nickel, it is distinguished by the Widmanstätten pattern of cross-hatched lines at perfect 60° angles.

De Bethune’s mastery of the thermal oxidation of metals has enabled it to raise the level of complexity further by creating a starry sky accompanied by its Milky Way on a previously blued meteorite dial. This brilliant azure shade is achieved courtesy of the chemical reactions that happen within the meteorite when it’s heated.

A close look at the brilliant blue dial surface reveals a multitude of small white gold pins, delicately driven in between the different shapes and thicknesses of the octahedral geometrical structures. Resembling tiny suspended spheres, their gleaming flashes of light lend the piece incredible depth and its ethereal celestial aura.

A limited-edition of 10 pieces, the 43mm watch showcases the manufacture’s patented titanium balance wheel in blued titanium with white gold weights. Powering it is the hand-wound DB2115V7, which boasts an impressive power reserve of six days.

In addition to wearing a fragment of space on the wrist, owners can select their bespoke sky from a given constellation according to a precise sky map, at a specific date, time and place.