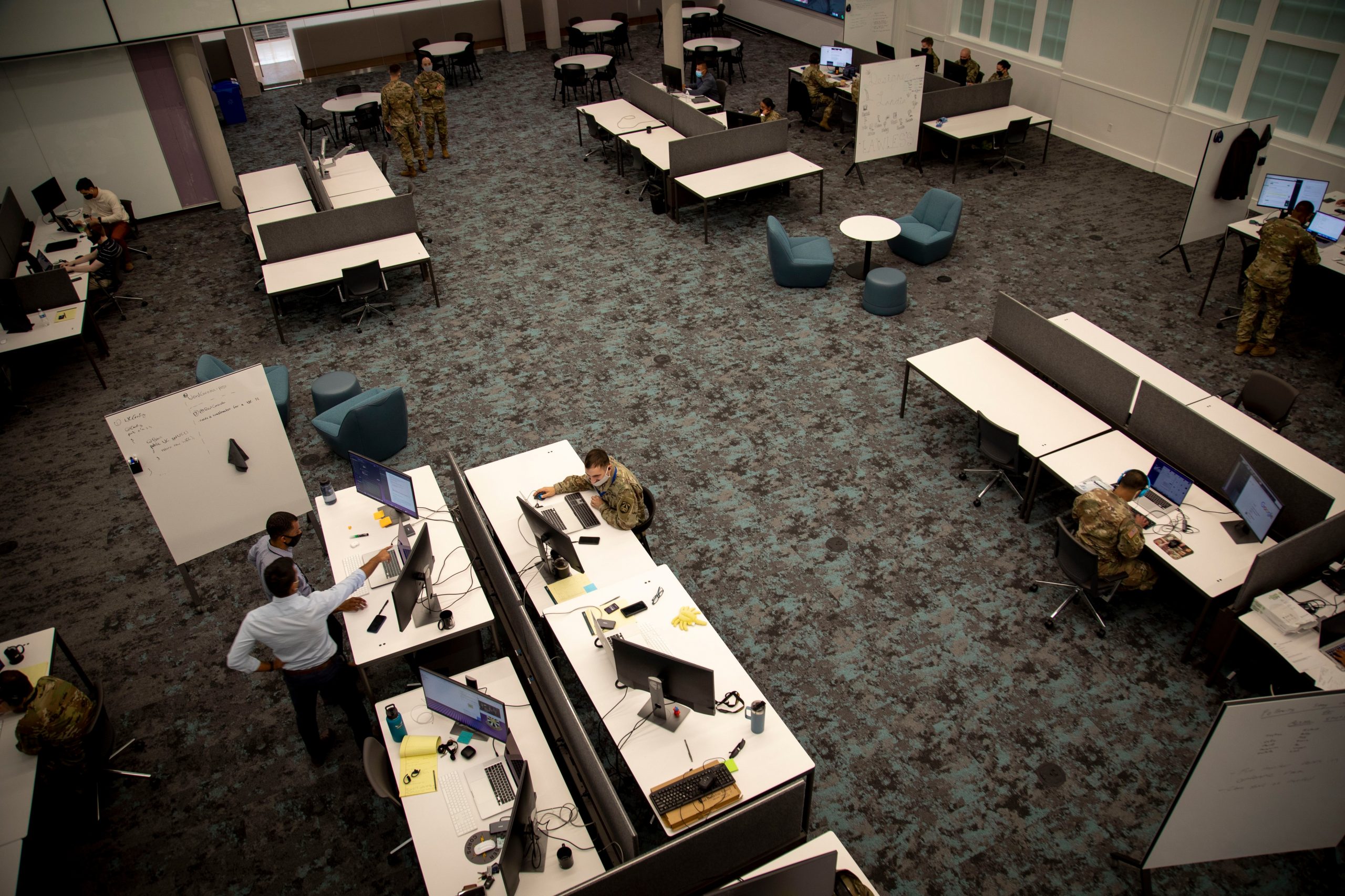 In recent years, the Army has had various issues with having contractors design and deliver software capabilities on time — the rollout of a new human resources platform has been delayed, and the debut of a new tuition assistance platform was marred by failures that caused Congress to demand answers.

One of the in-progress solutions that Army leaders have touted is turning in-house. A growing cohort of soldiers are receiving hands-on experience at the Army Software Factory, a small unit aligned with the Austin-based Futures Command tasked with developing Army-owned applications.

“We’ve really only been in business for a little over a year,” noted its director, Lt. Col. Vito Errico, in a phone interview. “We promised the Army [to train] a cohort of 25 to 30 [personnel]…every six months. And I’m proud to tell you, we have absolutely executed that.”

Errico’s troops have also been helping the Army solve problems along the way, too.

The fiscal 2022 defense policy bill mandated that the service allow National Guard and Reserve troops to browse temporary active duty tour listings on their personal devices — previously they needed to travel to an armory to access the site on a government network.

Unbeknownst to Congress, the Software Factory was already collaborating with the Army’s G-3 operations directorate on a website that did just that: Carrera, which launched in February in time to meet the legislative deadline.

“We were already working on Carrera for four months before the [law] highlighted it,” said Errico, who added that having soldiers involved in the development pipeline can help anticipate problems that matter to soldiers. “We were in a position to meet the [congressional] directive very quickly.”

The app received more than 4,000 users — a little less than 1% of the entire Guard and Reserve — in its first two weeks, according to Errico.

Errico thinks that his unit presents the Army with a good problem to have, asking, “How do we as an Army scale this?” He said his highly-trained soldiers want to continue to serve the Army in their chosen fields, so long as the service can “offer this kind of talent a viable way to stay in the Army.”

“You might think that people with options…would be looking to exit to maybe more lucrative pastures, but instead what we’re finding is if we can keep them in these sorts of roles, they’re happy to stay,” said Errico. “[They’ve] already self-selected into service and self-selected into the idea of giving something of unique value every day.”

He said Futures Command is working with the service’s personnel directorate and the Talent Management Task Force to develop future assignments for soldiers who complete their three-year tours at the Software Factory.

An important first step towards managing that talent was awarding additional skill identifier codes — ASIs — to the troops there. That allows the service’s human resources professionals to track them and consider their skills in making future assignments, Errico explained. The new ASIs include platform engineering, application engineering and software product management.

Now the task is figuring out how to integrate trained coders into combat formations, Errico said.

“The [Army headquarters] staff continues to iterate on the right utilization for the talent coming out of here — the mission…for the Software Factory is to build a force design where this makes sense for the Army,” he said.

One option, according to defense intelligence firm Jane’s, is deployable software development teams for future conflicts where tech contractors may not be able to serve freely in theater as they did in Iraq and Afghanistan.

“You’re going to see us experimenting with a wide variety of uses,” said Errico. “Then Army leadership will decide what makes the most sense…longer-term.”