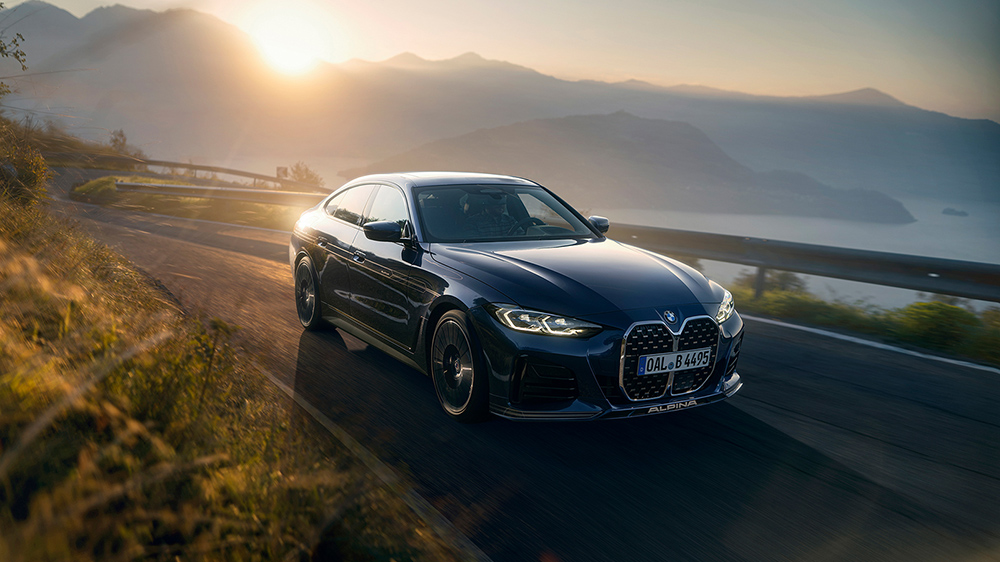 Alpina may have just built the M4 Gran Coupé that BMW won’t.

The German tuner, and recent BMW acquisition, has just unveiled a new model called the 2023 B4 Grand Coupé. The company’s latest offering subtly makes over the luxury automaker’s stately four-door 4-Series variant and imbues it with even more power than before.

BMW has already given the 4-series the M treatment, of course—but only the two-door version. And, to the consternation of more than a few enthusiasts, there seems to be no plans to do the same for its roomier and more luxurious counterpart. Fortunately, the B4 Grand Coupé is a more than adequate consolation prize.

Like the M4, its equipped with 3.0-liter inline-six, which is mated to a ZF eight-speed automatic transmission that sends power to all four wheels and can churn out a very respectable 495 horses, according to Alpina. That’s 22 hp more than the M4, but eight less than the M4 Competition xDrive. It makes up for this very slight deficiency in torque, though, as it’s capable of producing 538 ft lbs of twist. That’s significantly more than the M4 (which produces 406 ft lbs of torque) and the Competition (479 ft lbs of torque). It can rocket from zero to 62 mph in 3.7 seconds, which is a tad slower than the quickest Competition (3.4 seconds), and has a top speed of 187 mph.

Other mechanical modifications include a special suspension tune, which adjusts the spring and dampers, as well as front-axle anti-roll bars. These changes should allow for a smoother ride at high speeds. The car has also been equipped with a special Alpina exhaust system.

In the looks department, the B4 Grand Coupé is hard to tell apart from the standard version. The difference is in the details, of course, as it is with all Alpina models. The car still sports those giant kidney grilles up front, but it’s been outfitted with aerodynamic enhancements, like new spoilers and a rear diffuser. It also rides on a set of the company’s trademark 20-inch, 20-spoke Turbine wheels, which come wrapped in Pirelli P Zero tires. Inside, you’ll find lots of high-quality Lavalina leather and a sport-style steering wheel with the Alpina badging.

The B4 Gran Coupé will be priced at €91,800, or about $102,000. Deliveries are expected to begin in Europe later this summer. While all that’s exciting, there is a catch. As of now, the vehicle has yet to be confirmed for the US.