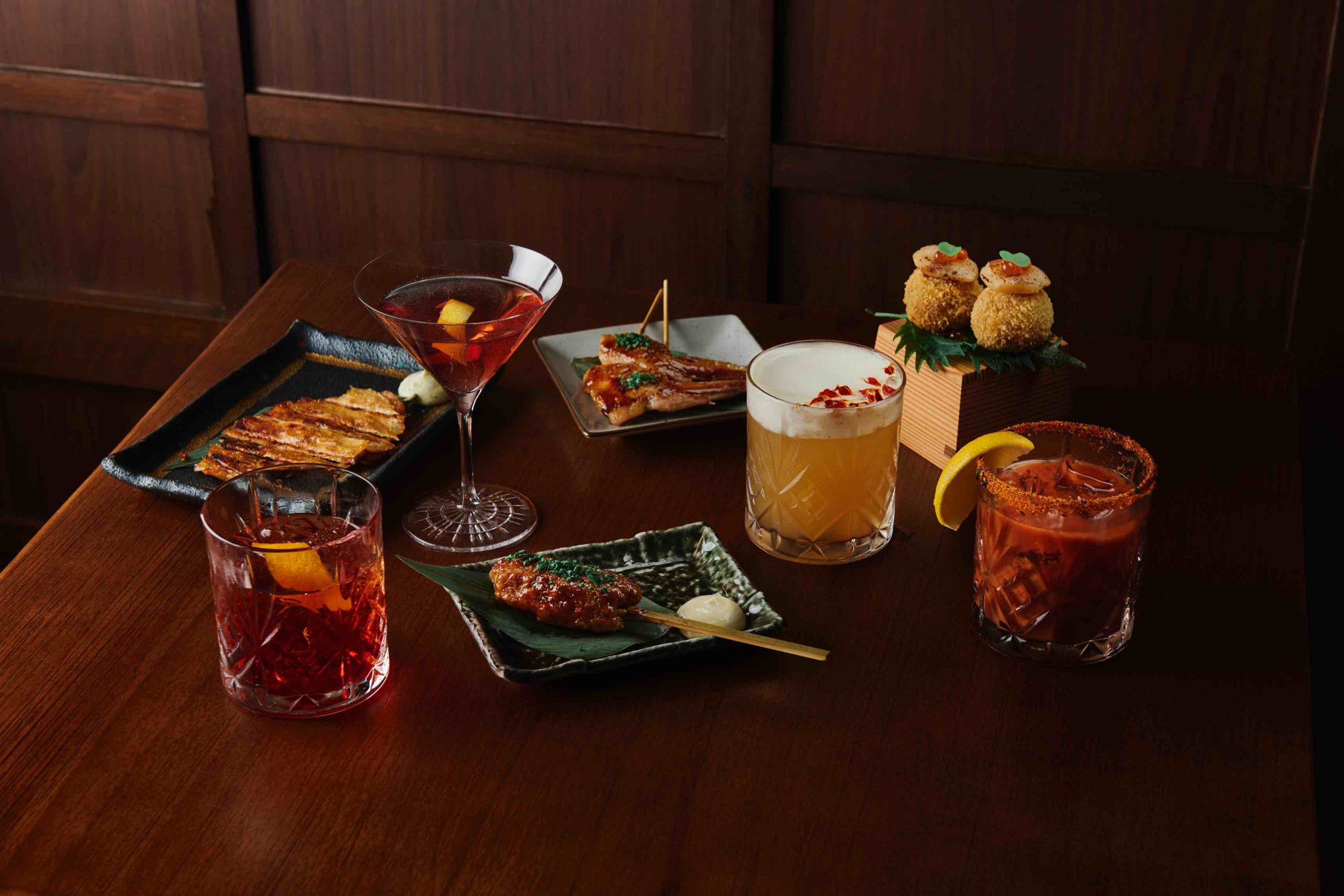 There’s a bigger menu, but the point-and-cook experience stays. 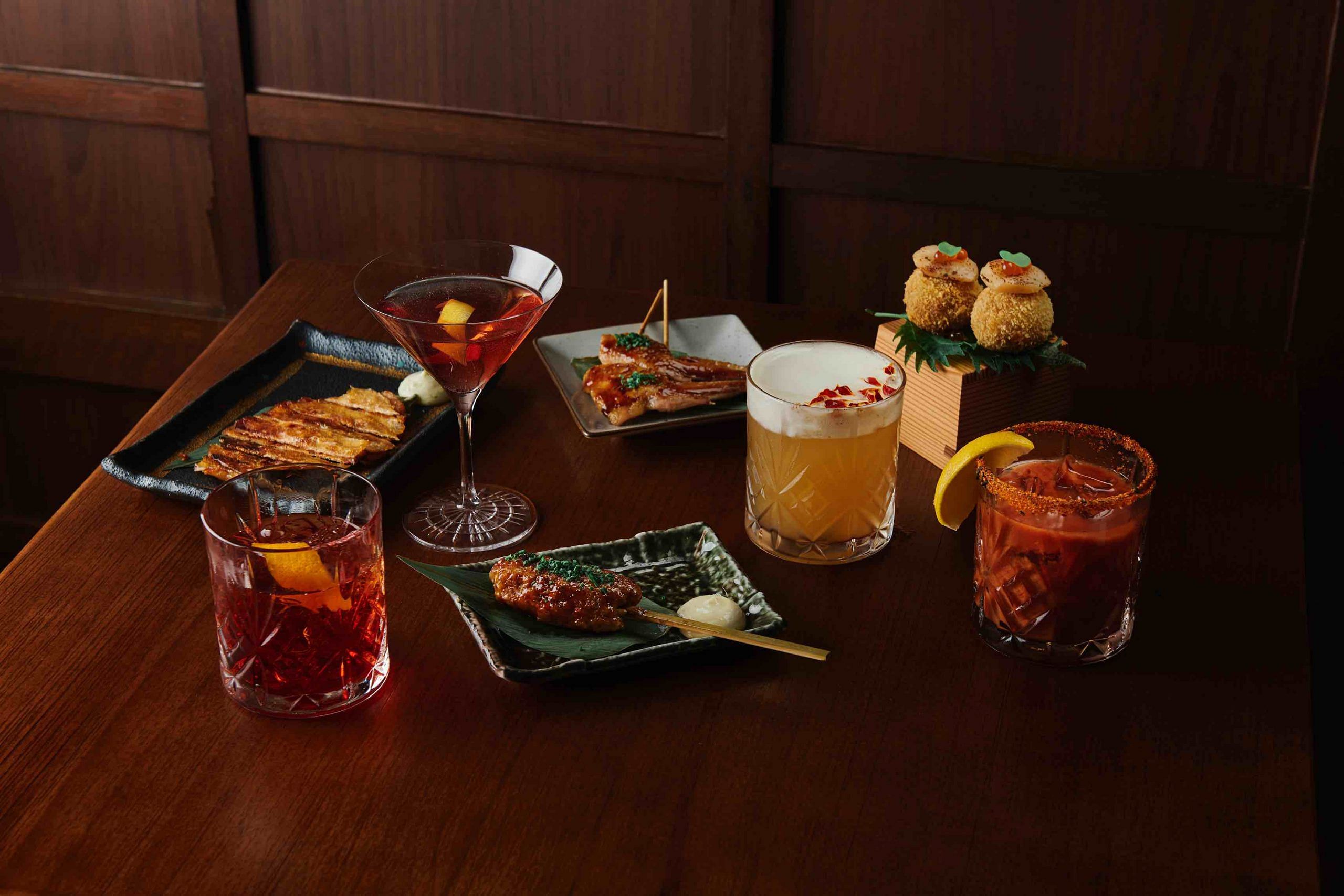 Not for the actual robata, of course – that would be blasphemy for regulars – but a new range of 60 or so snacks, mains and desserts that are the result of Akashi Group second-gen boss Javier Goh’s takeover (and slight interior makeover) of the 14-year-old Orchard road stalwart.

Still, it’s the price tag-less, you-point-I-grill setup people remember, and what at least one Grab driver baulks at while driving through a wet evening to Orchard Rendezvous Hotel: How to predict the damage? But the subtle flex is what guests are after.

“Customers get offended when you tell them the price,” Akanoya’s PR explains. “Sometimes, they’re entertaining clients.” With Covid, nobody was entertaining much, so perhaps Goh’s move to expand and label the menu is a good idea.

(Related: Sushi at Taiga Dining is all about au natural ingredients)

For Akanoya’s new promise – a “modern robatayaki experience” – surprisingly little has changed. The traditional horseshoe-shaped seating is still around, as is the laborious one-hour setup for the freezing counter display of imported fish, meat, and veg, from which chefs select prime specimens to slap over the dry, flameless heat of Wakayama binchotan, one of the most expensive varieties.

They’ve also kept the theatrical delivery of smoking dishes on wooden boat paddles across the deep bar, a nod to the origins of the rustic fireside cuisine as a fisherman’s BBQ habit.

What’s new, then? For one, the aforementioned à la carte menu of “composed” dishes, boasting lots of pickling and aging. The head chef, Brandon Teo of Jaan, Pollen, PLUCK, and Wanton Seng Noodle Bar. And the general manager, William Liou of SPRMKT, best found behind the new bar area mixing up cocktails and pouring out rare sake, whiskey and trendy Copenhagen Sparkling Tea. Both were Goh’s former colleagues at Unlisted Collection’s The Study.

Like with robatayaki, where ingredients are seasonal, don’t put too much stock in Akanoya’s new a la carte menu, which changes as often as ingredient shipments arrive (every three days) to accommodate variations in quality and flavour.

We are promised duck and tuna, which never materialise, but what turns up instead makes us forget: a skewer bearing three cubes of omi gyu from Shiga, fed beer and massaged till the marbling achieves nirvana. The thick, grilled crust quickly gives way to gorgeously melty insides that meld so well it’s impossible to tell fat from flesh. On the side: ethereally light garlic chips with just a touch of astringency, and a small sprinkling of sea salt. There are murmurs of delight around the table.

Equally stunning is a warm, meaty scallop grilled in butter, charred without and raw within, accompanied by two exemplary pieces of crisp asparagus.

The beef is fatty yet controlled, but the skewered pork is not – proudly greasy, brined and dry-aged a week in-house, with a cut like thick streaky bacon. It goes well with a black garlic puree boasting nuanced, honey-like complexity from being aged in-house for two months at 60 degrees.

The former two are sweet and smoky, with chewy skin and a flavour not unlike bak kwa or moo ping. Beware the meatball, which comes studded with nankotsu (cartilage) – great for purists, alarming for anyone who doesn’t fancy crunchy gristle. End well on the perfectly gooey half-quail egg.

You may be so inclined, but don’t skip the yaki yasai, a cheerful little plate of tsubomina, bell peppers, brussel sprouts and white asparagus roasted to perfection – naturally sweet, a lightly bitter char – that shows off the chef’s grill skill.

Are there dishes to dislike? Certainly, it takes a particular palate to enjoy morsels of raw, roe-filled firefly squid swimming in liver sauce. Or the takaku – fishy swordfish and yellowtail tartare wrapped in astringent shiso, whose flavours blot out the yuzu and black garlic. Meanwhile, the Sifundo Croquettes, while tasty, suffer from a slightly bready crust.

At least dessert is popular. The Yaki Imo is a Japanese take on Teochew orh nee: sweet potatoes first grilled, then pureed, and last married with hunks of chestnut and tiny cubes of candied mountain peach. It’s sweet and warm and a little like apple pie filling, particularly with the addition of brown butter. But the autumn flavours feel a bit odd in spring.

With enjoyable new dishes, the wider offerings at this robatayaki veteran will likely go down well. But even as it updates its approach to attract a bigger crowd, it still leans heavily on its cook-over-coal approach to tackle most of the plates, buttressed by quality produce.

So is it a major revamp? Not quite. But maybe that’s deliberate: keep the glowing binchotan, keep the fans coming back.