It’s only been a couple of months, but Airstream and Pottery Barn are taking their relationship to the next level.

Having already launched a collaborative accessories line this spring, the two brands have announced they’re teaming up for something much bigger—a special-edition travel trailer. The companies are releasing a “silver bullet” collaboration trailer with a unique, summery interior designed by the furnishing company.

Ask any long-time Airstream owner and they’ll tell you their trailer is their home away from home. Expect this to be especially true of the new Pottery Barn Special Edition. Measuring 28 feet in length, the trailer is as big as some New York apartments, but comes with an interior that will more likely evoke the beaches of California. 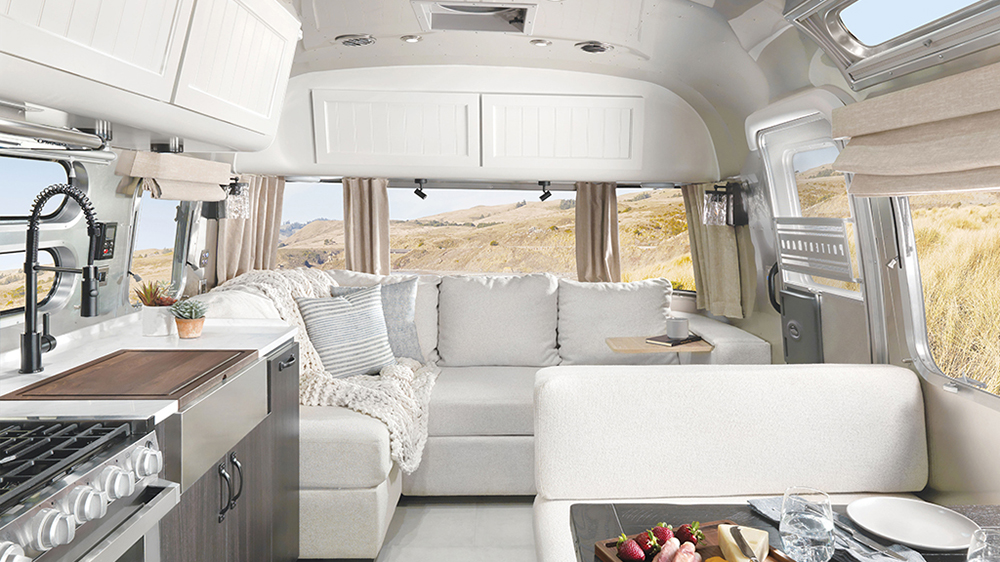 Although the new model looks just like one of Airstream’s iconic, aluminum-covered trailers from the outside, open its door and you’ll find something different—a sunny, wide-open space inspired by summers spent at the beach. Whether you’re in the living area, kitchen, bathroom or bedroom, everything you see is from one of Pottery Barn’s best-selling collections, rendered in beach-friendly neutral tones (think sandy off-whites, beiges and grey accents).

Anchoring the space is a handsome custom L-shaped sectional sofa that would look at home in any full-size apartment. The stainless-steel flat apron sink, meanwhile, features a pull-down faucet and a walnut cutting board that doubles as a sink cover.  For road-going home chefs, there’s a three-range oven and a stainless steel refrigerator. A bathroom with a shower, toilet and sink bridges the space between the dining area and the bedroom. When it comes time to call it a night, two can sleep in the bedroom and three in the living and kitchen areas. The bedroom is available with either a queen or two twin-bed layout and features loads of overhead storage. When it comes time to eat, the solid-oak dinette table can seat four to five, and if you like to watch while you nosh, there’s a TV embedded into the wall above.

Pottery Barn’s influence extends to the trailer’s exterior, too. The model comes with a motorized awning with a unique striped design, an Indio folding table and armchair set for enjoying a meal outside. As a bonus, a special cocktail tray attaches to the outside of the kitchen window when happy hour rolls around. 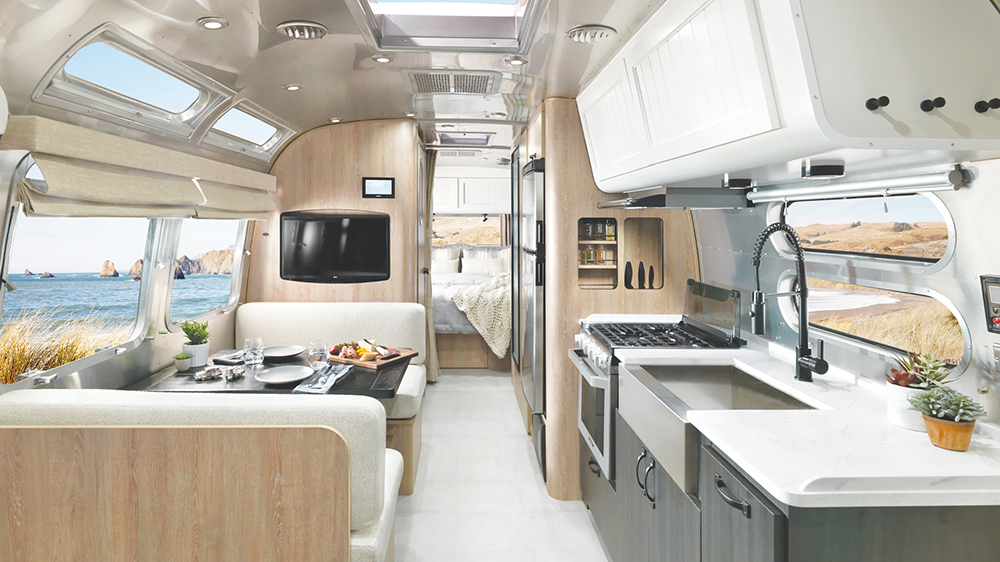 “It’s a match that makes sense in many ways,” Airstream president and CEO Bob Wheeler said of the collaboration. “Pottery Barn has this kind of magical ability to shape a space. You see it in their home interiors, where there’s a comfortable, functional beauty to even the smallest spaces. They understand how your home is this canvas where real life happens, and we love how they applied that to the Airstream lifestyle.”

The Pottery Barn Special Edition travel trailer starts at $145,000. Sure, that’s a lot more than your grandparents’ Airstream, but then again, theirs didn’t come with furnished mini condo.

Check out more photos of the special-edition trailer below: 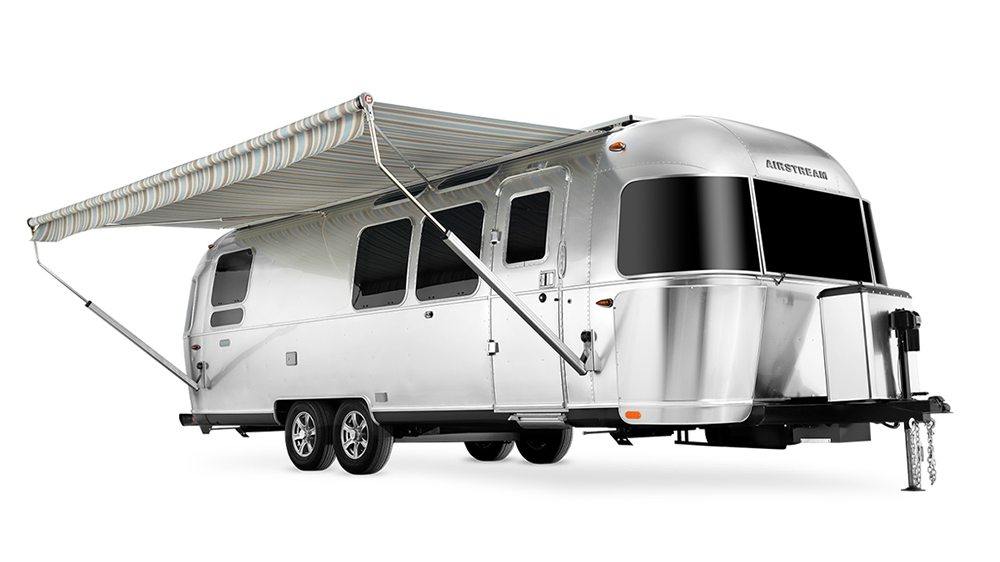 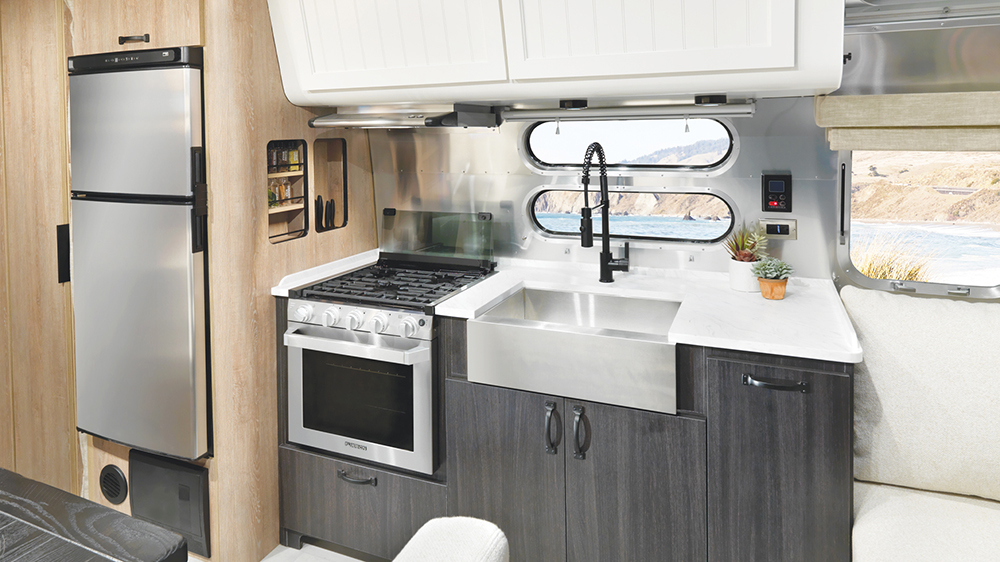 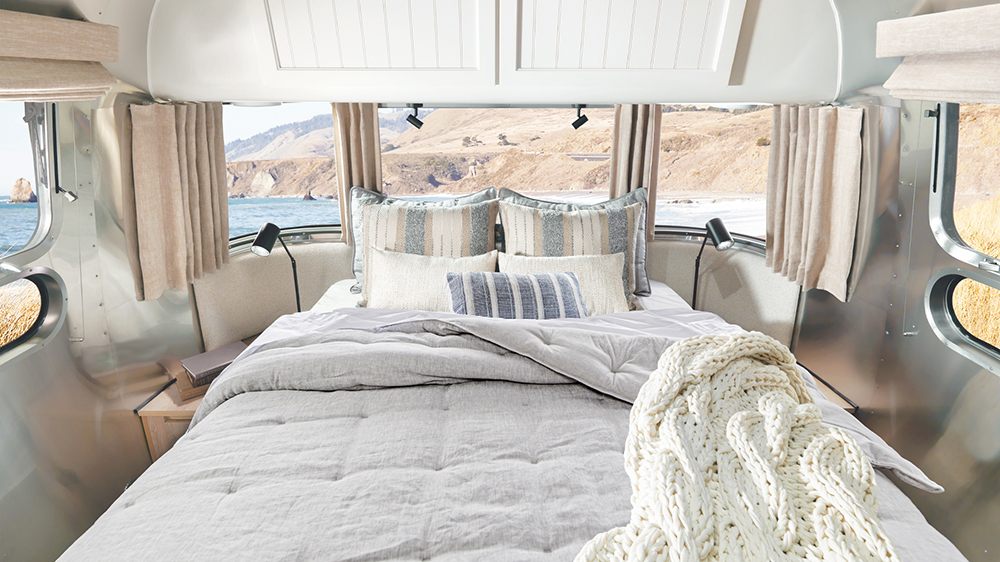 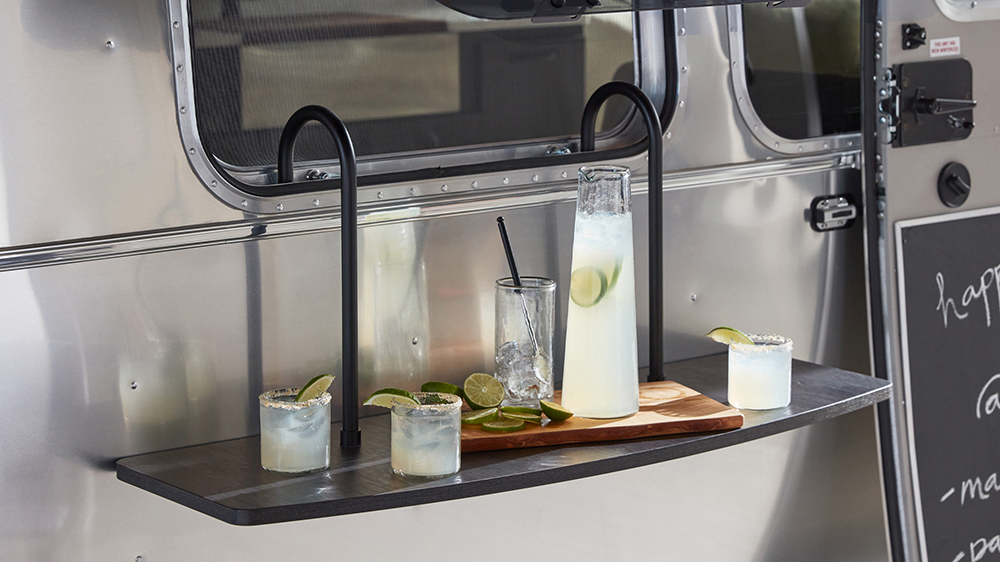 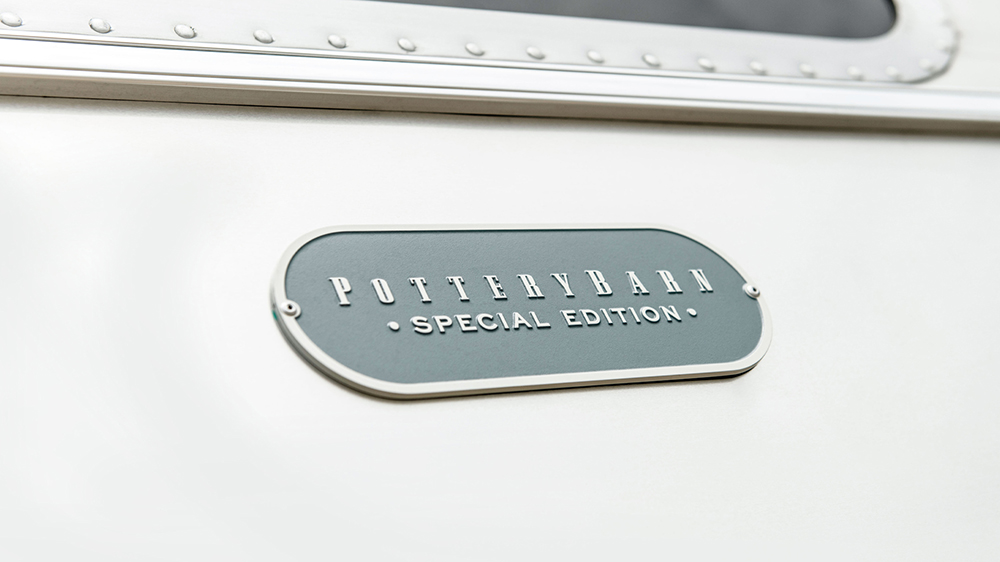