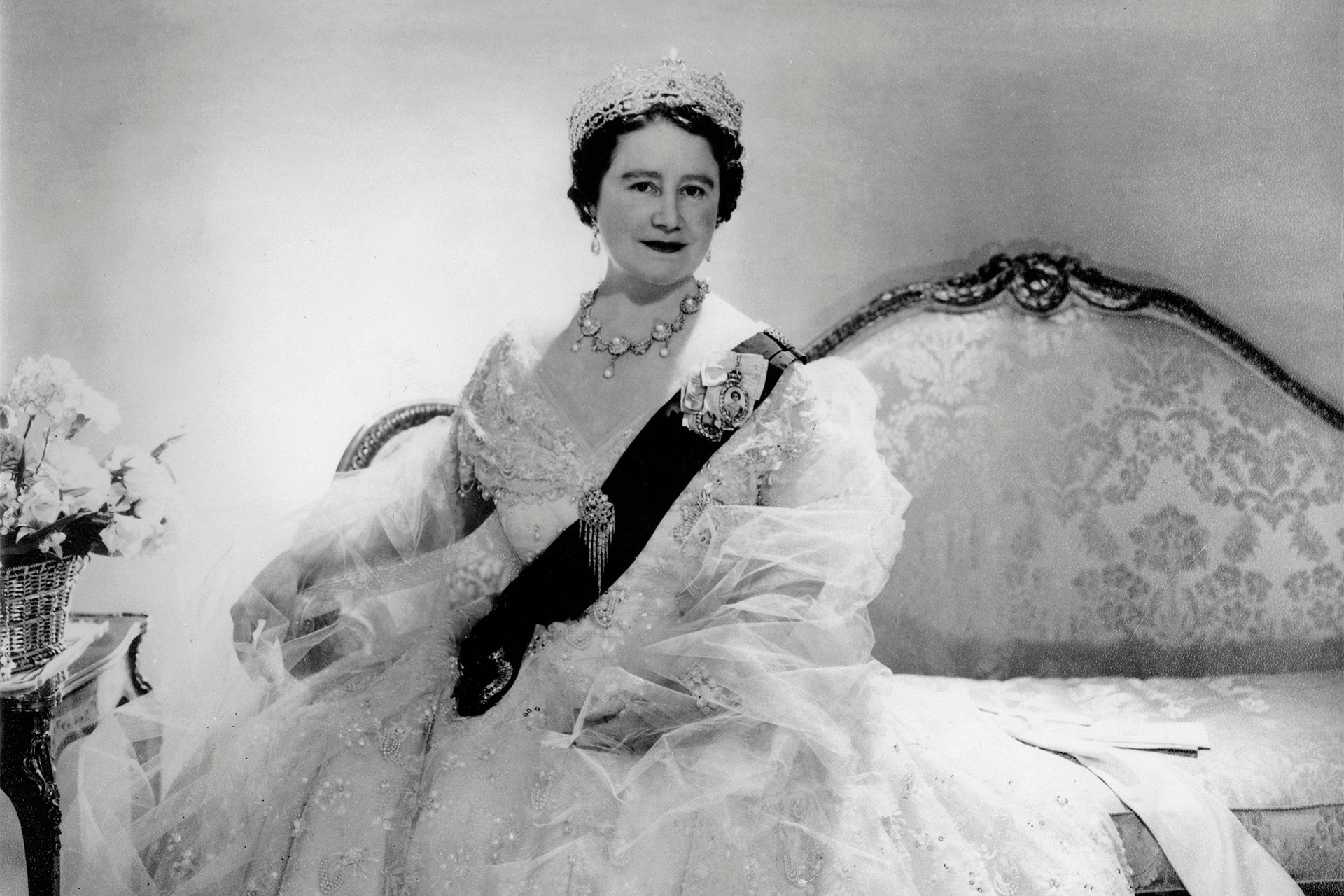 Born Elizabeth Bowes-Lyon on 4 August 1900, the Queen Mother grew up as part of a sprawling aristocratic family – number nine of 10 children. Her parents were Claude Bowes-Lyon, Lord Glamis (who went on to become the 14th Earl of Strathmore and Kinghorne in the Peerage of Scotland), and his wife, Cecilia (née Cavendish-Bentinck), and Elizabeth grew up principally at St Paul’s Walden in Hertfordshire and Glamis Castle in Scotland.

After marrying the then Prince Albert, second son of King George V, in 1923, few could have predicted the turn Elizabeth’s life would take – catapulted from the Duchess of York to Queen Consort after her brother-in-law, King Edward VIII, abdicated in order to marry an American divorcée, Wallis Simpson.

Elizabeth went on to serve alongside her husband, King George VI, from 1936 to 1952 (as well as being the last Empress of India from 1936 until 1947, when the country gained its independence). On the death of her husband in 1952, she was styled as Queen Elizabeth The Queen Mother. She continued to play a prominent role in public life, as a beloved Royal Family member and a continuing support to her daughter, the Queen.

The Queen Mother died on 30 March 2002 at the Royal Lodge on the Windsor Great Park estate, with the Queen at her side. At the grand age of 101 years and 238 days, she was at the time the longest-living member of the British Royal Family in history. Her record has since been exceeded, however, by her late sister-in-law, Princess Alice, Duchess of Gloucester, who died in 2004 aged 102.

20 years after her death, we look back at the Queen Mother’s life in pictures below: