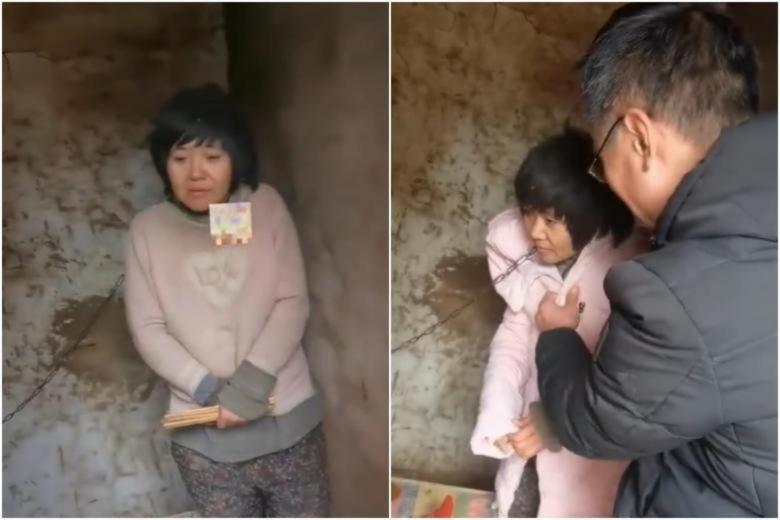 The paper says the incident has revealed the shortcomings in the protection of women’s and children’s rights and interests at the grassroots level.

BEIJING (CHINA DAILY/ASIA NEWS NETWORK) -The Jiangsu provincial government released a probe report on Wednesday (Feb 23) into the case of a woman in Fengxian county who was the victim of human trafficking that gives her an identity and the facts of her case. Although there are still some doubters.

The nightmare of the woman known as “Xiaohuamei”, which means “little plum blossom”, started in 1998, when she was 21. The woman, who suffers from mental health problems, was cheated away from her single mother by a human trafficker on the pretext of treating her.

In the following months she was sold three times to at least four men and became the “legal” wife of her last buyer’s son, thanks to the dereliction of duty by grassroots civil affairs officials.

She gave birth to her eldest son in 1999, and due to the failure of the contraceptive measures the family planning department implemented and malpractices of the department, she gave birth to another six sons and a daughter between 2011 and 2020. Her plight came to people’s attention, when a livestreamer was reporting on a “hero father” in a village last month. He came across her chained by her neck in a dirty adobe shack in the backyard of her “home” and posted a video of her on social media.

An important reason why the incident has grabbed so much public attention since then is that the county and city authorities have released four investigation reports on her situation whose contents have been self-contradictory and it has become evident that human trafficking is a chronic problem in the region.

That a total of 17 civil servants of village, township and county departments, including the Party chief of the county, have been punished for malpractices and nine people from Jiangsu, Henan and Yunnan provinces detained for further criminal investigation related to human trafficking or jailed on charges of human trafficking and maltreatment shows the extent to which the woman has been exploited and her fate manipulated.

The country attaches great significance to protecting the legitimate rights of women, children and people with mental health problems. And the incident should prompt authorities at all levels to exercise zero-tolerance to any violation of their legal rights and interests.

The punishments meted out to those who have played a role in the heartrending story of Xiaohuamei should be a reminder to all grassroots officials that they will be held accountable for any malpractices or dereliction of duty. The incident has revealed the shortcomings in the protection of women’s and children’s rights and interests at the grassroots level, especially in areas where there is weak awareness of the rule of law, resulting in the failure of the defences intended to protect the vulnerable.

All grassroots departments should heed the lessons of Xiaohuamei’s case and strengthen their vigilance against human trafficking. The related law should also be reviewed so that the severity of its punishments act as a more effective deterrent.