Say “tailoring” and most people would think of sharp tuxedos and stuffy suits. Nothing that would have a place in a man’s wardrobe today, basically.

Zegna wants to change our minds. At Milan Fashion Week, the Italian brand made an attempt at “(Re)Tailoring the Modern Man”. Those are the words that creative director Alessandro Sartori used in the script he sent out in lieu of a show invite. This season, he was also a director in that other sense of the word: a filmmaker.

Sartori’s vision came to life in Zegna’s Fall 2021 film. The setting was a far cry from the lush expanses of Oasi Zegna, where the brand’s last show took place. Instead, models strutted past imposing Milanese architecture and into interconnected boxy rooms that, as the camera zoomed out, resembled a life-sized dollhouse.

Our lives have always been divided between the outside world and our homes, but Zegna’s film showed us how that’s no longer the case today. The clothes blended seamlessly from the indoors to the outdoors, which is pretty much Sartori’s idea of modern menswear. 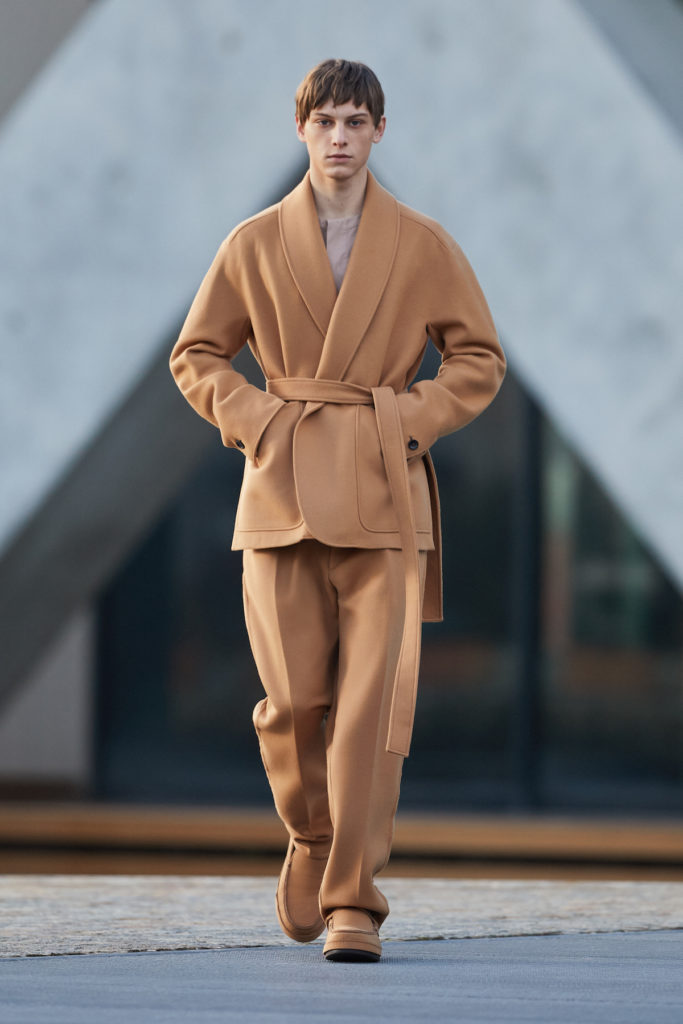 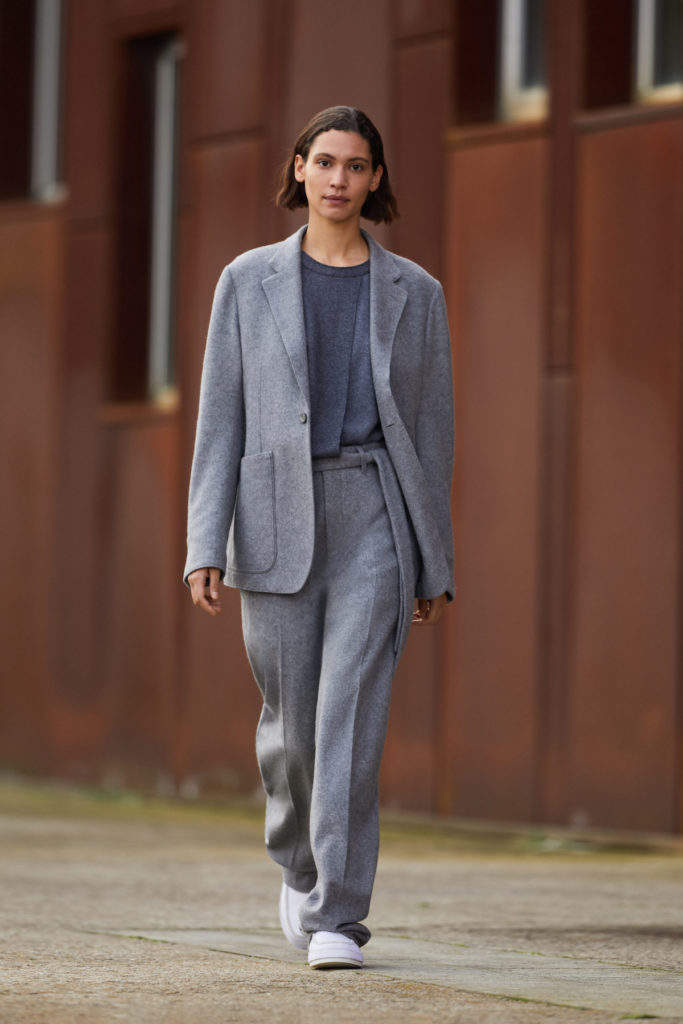 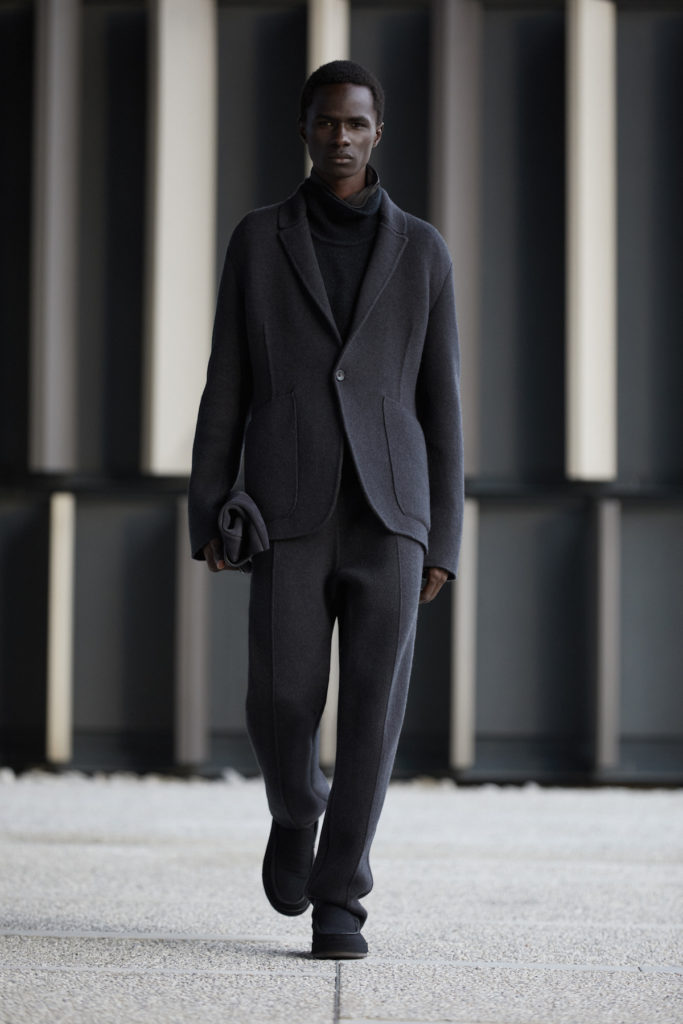 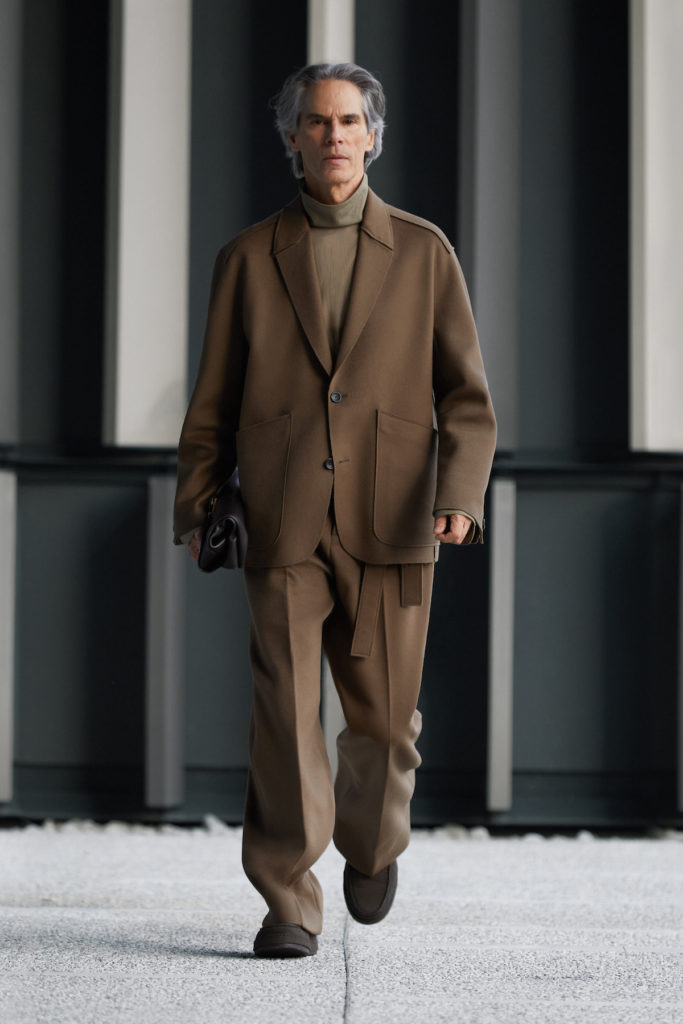 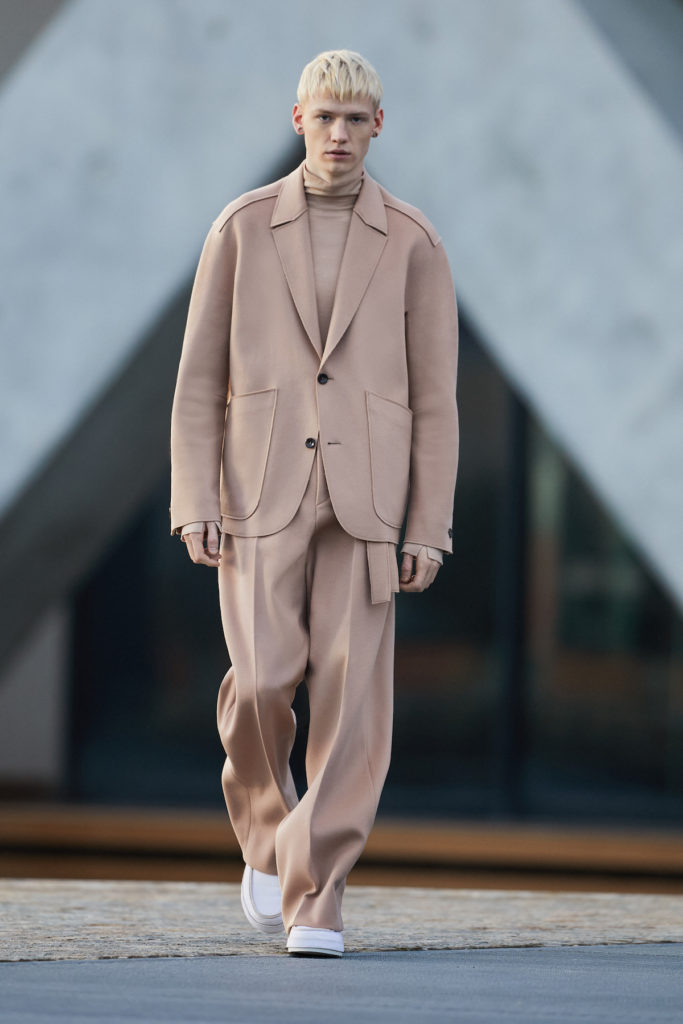 Hence, the suits: soft, unstructured, and cut from cashmere jersey specially produced by Zegna to give the clothes all the lightness and comfort of sweats. The blazers were unlined and loose, paired with relaxed, wide pants. Everything moved fluidly. (Even on women, which Zegna featured on its runway for the first time.)

In fact, Sartori’s reimagined tailoring looked and felt a lot like loungewear. A very sophisticated kind, at least. Was this the true meaning of “smart casual” all along? 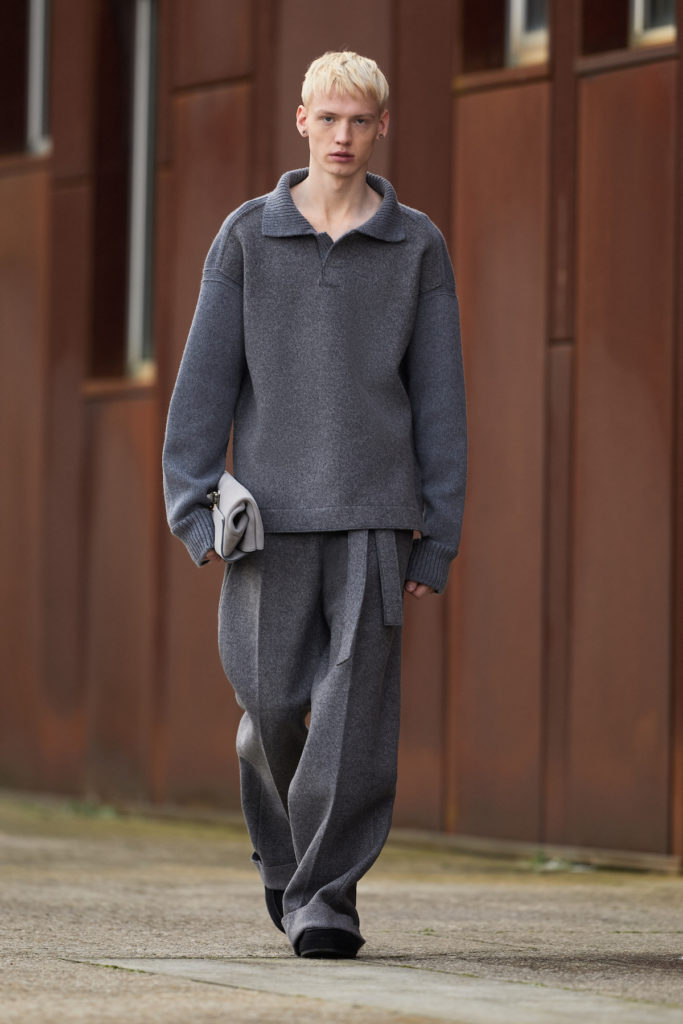 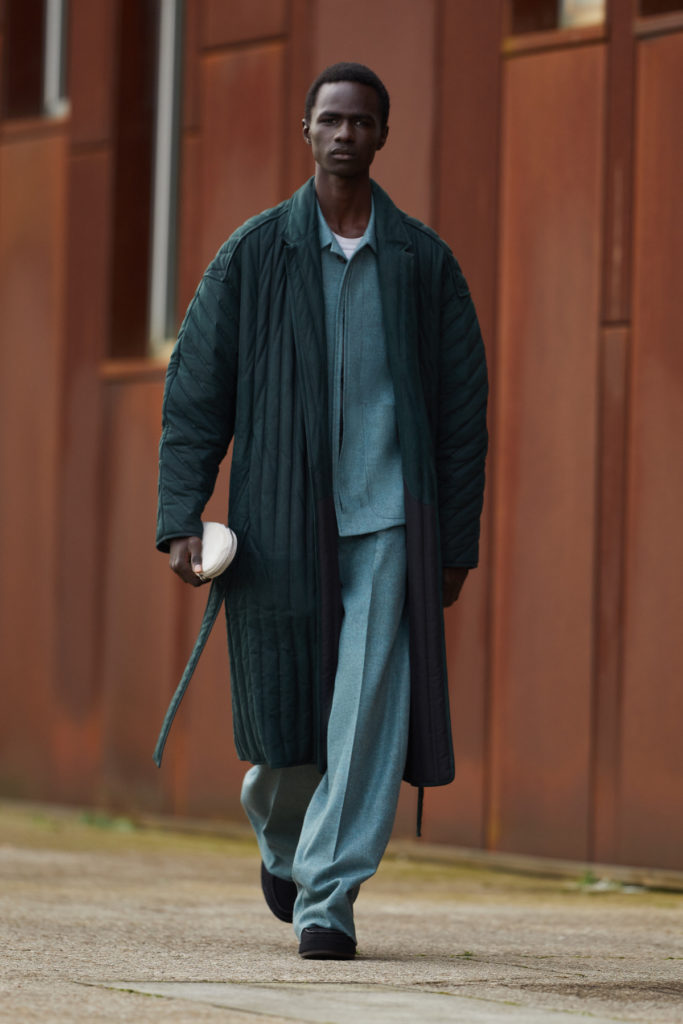 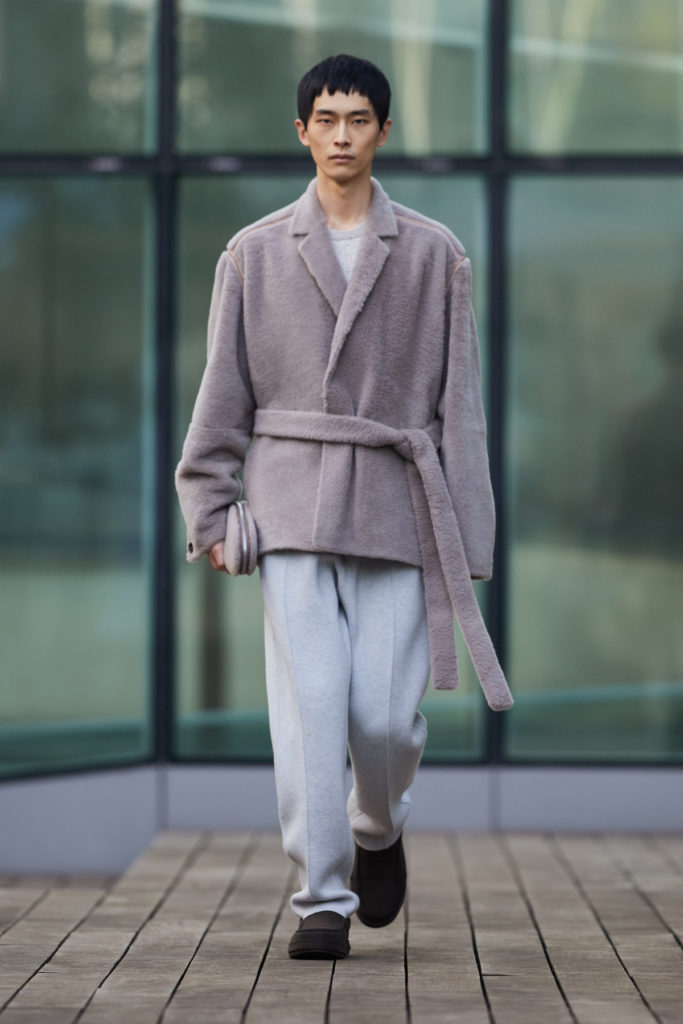 Even if you’re not one to suit up, you had other options. Polo sweaters came with all the bagginess of hoodies. The coats, made with shawl collars and tie belts, looked as easy to slip on as the kimono robes you’ve been wearing at home. And let’s not forget the shoes that everyone had on: jersey slippers, lined in shearling and featuring rubber soles. You can just imagine how comfy they are.

Comfort, after all, has taken precedence in our lives today. In the past year, searches for tracksuits and pyjamas have shot up as more people stayed at home. Fashion brands are now providing elevated options for loungewear, regardless of what they call their clothes. At Milan Men’s Fashion Week, Prada did so with its knitted bodysuits. Fendi had quilted coats. Zegna’s offerings, in comparison, seems a lot more palatable — familiar, even. And in uncertain times, isn’t that all you could really want?

The post Zegna’s new suits are so comfy, you’ll ditch your hoodies and track pants for good appeared first on Lifestyle Asia Singapore.