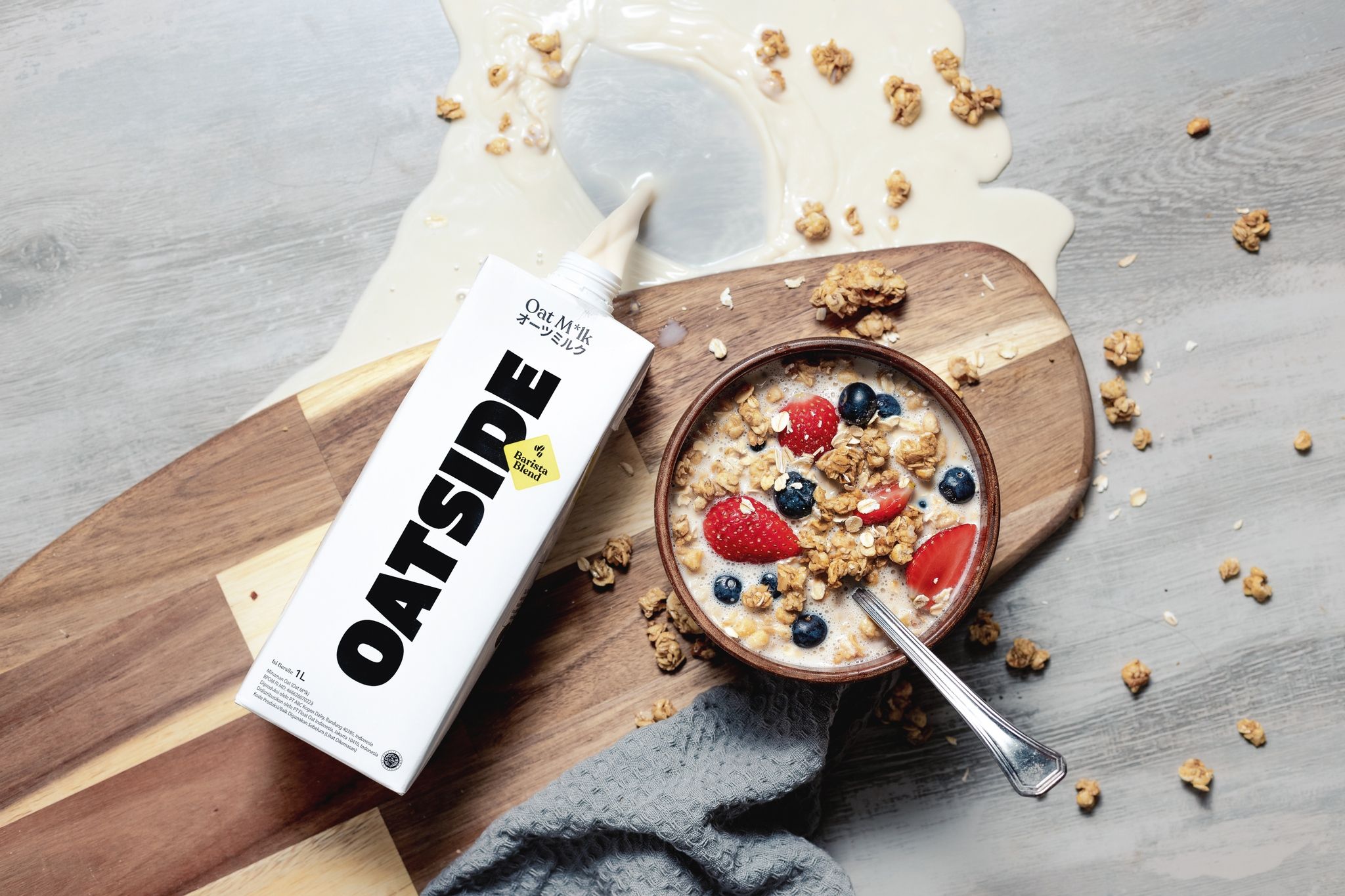 We’re seeing a seismic change in the way people approach plant-based foods today, even in Singapore, where more and more people are turning to the plant-based milks in their daily lives.

What were once reserved for vegans and tree-hugging hippies have now found their way into the mainstream, more so during a time when the topic of sustainability rests at the tip of the food industry’s tongue.

But even before Beyond Meat and Impossible Meat soared to fame, plant-based milk alternatives were already making its rounds in kitchens and cafes all over the world. Cow’s milk is considered a staple in many people’s diets, but lactose intolerance, dietary restrictions, and ethical preferences have led people to discover the beauty in non-dairy options too.

Plus, plant-based milks are are a lot better for the environment compared to traditional cow’s milk — they have a much smaller impact on the Earth compared to dairy milk when it comes to land and water use, and they generate lower amounts of greenhouse gases too.

In light of Earth Day, we break down the most commonly seen plant-based milks in Singapore, what you should look out for during your next purchase, and where to shop the best versions.

What to look out for in plant-based milk

There couldn’t be a better time to switch to plant-based milk alternatives, especially with the sheer variety in the market today. However, not all were created the same, and there are some things you’ll need to look out for before making your purchase.

Choose unflavoured and unsweetened options if you can help it. Added sugars like fructose and maltodextrin are often added to enhance flavour and texture. Some brands also add sugar into ‘unflavoured’ variations, so always go through the ingredients list.

Because plant-based milk is often thinner and lighter in texture, additives such as salt, carrageenan and vegetable gums are usually added to achieve a thicker and smoother texture while giving the milk a longer shelf life. While not detrimental to your health, these thickening agents have been known to cause inflammation and gastrointestinal issues for some, which negates the benefits of adopting this dairy-free lifestyle.

Call it blasphemy but there’s not actually a lot of almonds in your store-bought beverage. Commercial almond milk is mostly water — more specifically, almost 98 percent. The remaining two percent constitutes only about five almonds worth of juice in every cup.

Brands like Nutty Bruce up the almond content from two to 10 percent in its organic range, making it a better option if you’re looking to make a real difference in your diet. Otherwise, make your own with this recipe.

If you’re looking for a milk alternative as a source of nutrition, find one that has a similar protein and carbohydrate count to cow’s milk — that’s 8g and 12g respectively.

Most non-dairy milks are also fortified with vitamins and minerals that are naturally found in animal products, making them a good source for vegans who lack these essential supplements in their daily diet.

Oat milk made a dramatic resurgence in recent years after Oatly’s debut and has since won hardcore fans amongst the vegan and lactose-intolerant community for its creamy consistency and nutritional value. A cup constitutes roughly 120 calories and contains more protein at 3g than other plant-based milks.

Oat milk is a nutritious contender for its vitamin B12, riboflavin and calcium content. If you’re eyeing your carbohydrate intake, you’ll know that oat milk ranks much higher in this department with about 16g per cup in its unsweetened form, making it ideal to add to vegan protein supplements for a pre-workout drink. Besides, few dairy-free alternatives foam up as majestically as oat milk if you’re looking to create a decent latte.

If you’re looking for the best oat milk (dare we say even the plant-based milk) in town, you have to consider Oatside. Read here for all you need to know about it.

Perhaps the most readily available milk alternative at cafes, soy milk has a hearty and nutty taste that’s occasionally accompanied by flavours like vanilla.

Because it’s closest in nutrition to cow’s milk in terms of calories and protein — one cup provides 4g of fat, 1g of fibre, and 7g of protein — soy milk is one of the best options to replace your dairy with. More than 93 percent of soy is genetically modified in some way, so look out for organic or non-GMO varieties when shopping to avoid increasing your chances of developing allergies, antiobiotic resistance or cancer in the long run.

Pleasantly nutty and slightly sweet, almond milk is another popular alternative that’s high in calcium and vitamins E and D. It’s also lower in calories compared to cow’s milk and other plant-based milks at 39 calories per serving.

Unfortunately, almond milk isn’t high on protein — one cup only provides 1g of protein — so it’s not exactly the perfect cow’s milk substitute in the long run. Still, it makes for a tasty addition to smoothies and sweet baking recipes, although it’s been known to not fair as well in hot drinks.

Coconut milk is possibly one of the most versatile milks around due to its use in traditional cooking, but its unique flavour profile has also pushed it beyond the realms of savoury dishes to also be great in iced coffees, smoothies, and ice cream.

As one of the healthiest plant-based milk alternative to be had, coconut milk is chockfull of healthy saturated fat, vitamins, minerals (think copper, folate, selenium, and magnesium), and amino acids. This substitute is, however, higher in calories than some of the other options here, and doesn’t provide nearly as much protein as its dairy counterpart.

Made by combining milled white or brown rice with water, rice milk has a light sweet flavour with a delicate texture that’s been likened to skim milk.

It’s the least allergenic of non-dairy milks, making it a safe option for those with allergies and intolerances to gluten, dairy, soy, and nuts. Unfortunately, it also carries very little nutritional value; one cup contains 2g of fat, 1g of protein, and no fibre. As a high-carbohydrate drink with an equally high glycaemic index, rice milk is absorbed quickly in the gut and can raise blood sugar levels rapidly.

Because rice milk has a reputation for containing significant levels of inorganic arsenic, it’s always recommended to check for labels that say it’s been tested otherwise. Other than that, rice milk is a light and refreshing dairy alternative for cereals and coffee.

Macadamia milk might be fairly new to the market, but its richer and creamier flavour has already caught on in the dairy-free world. It’s got one third the calories (50-55 per cup) and about half the fat of cow’s milk, while being lower in protein and carbohydrates.

Because of this, macadamia milk is a suitable option for people looking to reduce their carb intake. This milk also has a healthy dose of monounsaturated fats, vitamin B1, magnesium, and manganese.

The post Your complete guide to the best plant-based milk alternatives in Singapore appeared first on Lifestyle Asia Singapore.