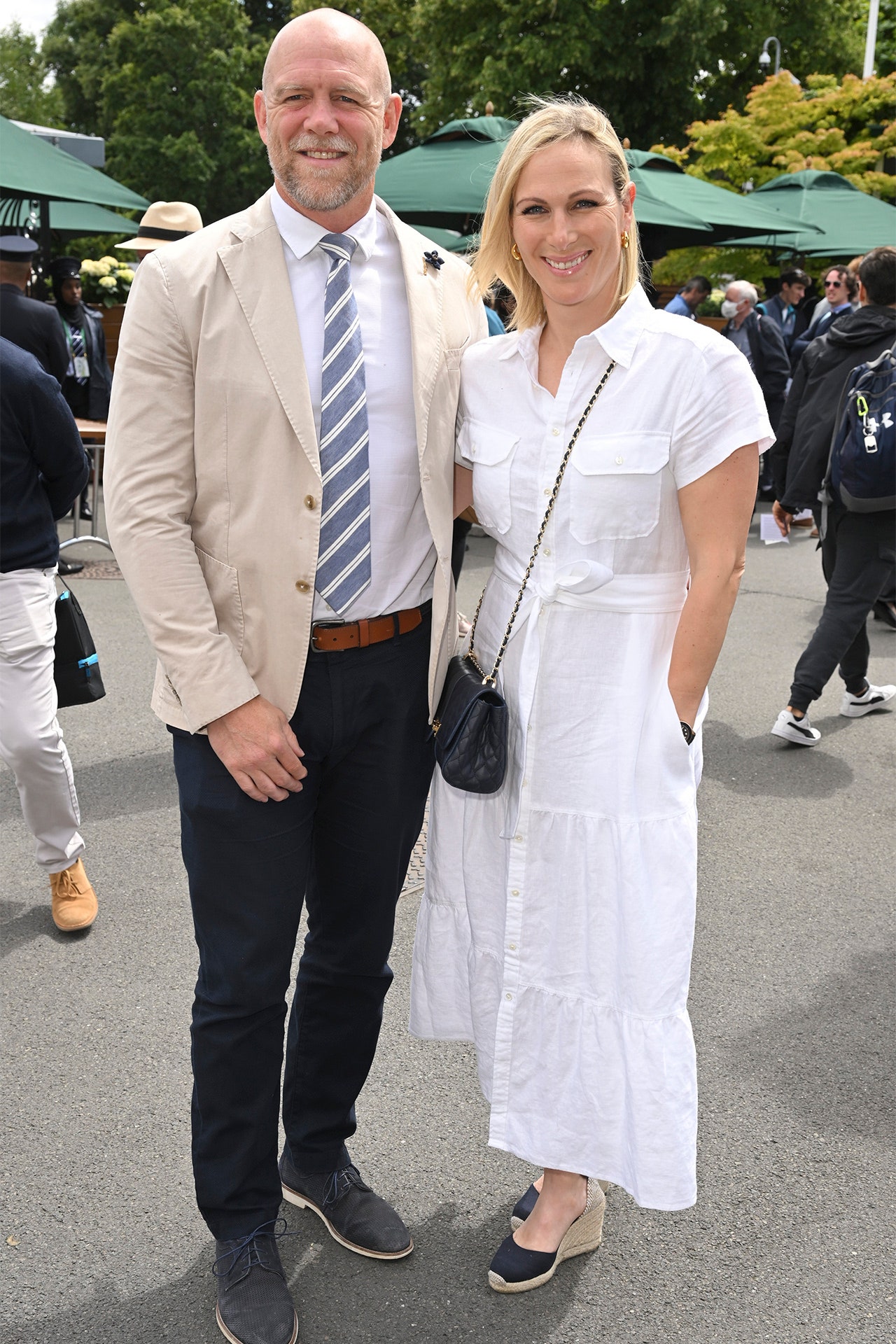 An annual highlight of the British season, few events combine the sporting and social cachet of Wimbledon – synonymous with both the best tennis on the planet, as well as its star-studded crop of attendees. As Emma Raducanu triumphed on Centre Court on day one, Mollie King triumphed in the style stakes in the stands. Wearing a pretty striped dress, her pregnancy glow was unmistakable, after the singer and radio host recently announced that she’s expecting her first child with her cricketer husband, Stuart Broad. The Queen’s granddaughter, Zara Tindall, joined the throng on day two, with her sports-mad husband, Mike, in tow. The beaming couple made an elegant pair, with Zara opting for her own take on tennis whites, while Mike sported a summery cream jacket. From royals to A-listers, business titans to fashion darlings, see the best of this year’s spectators below.