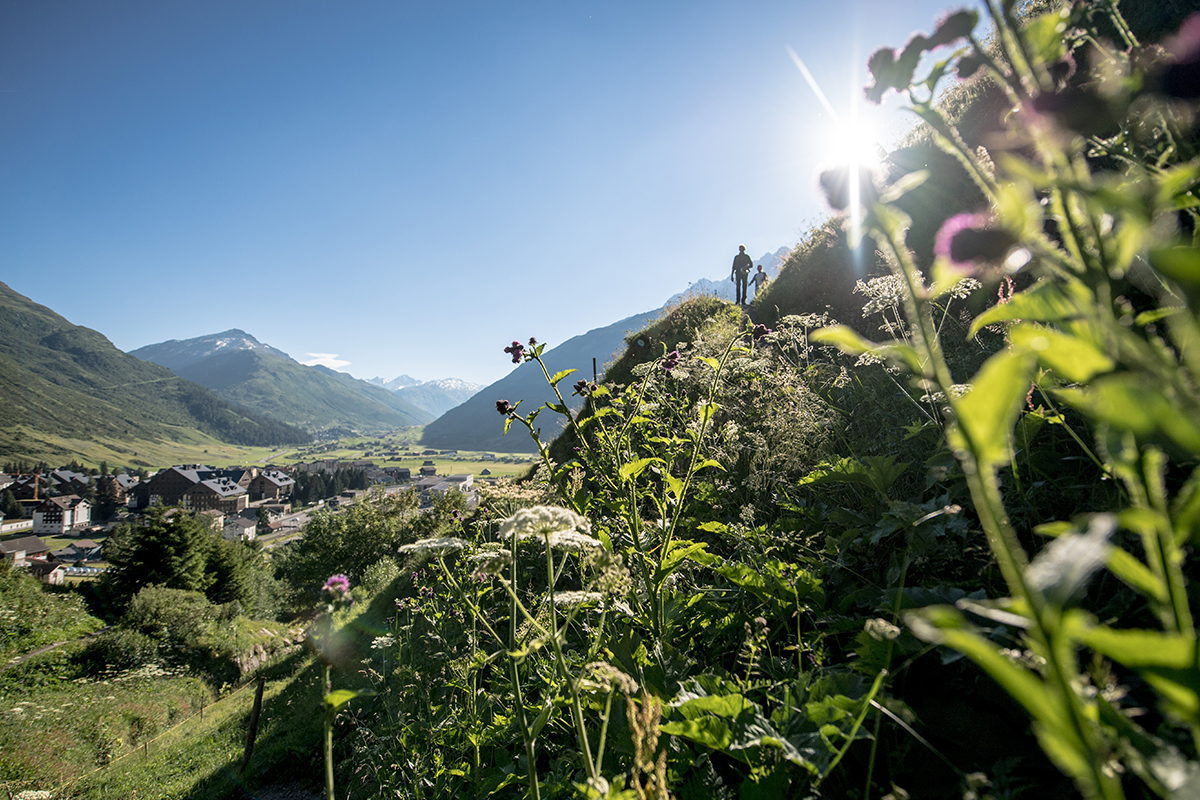 As well as making it a world-class ski resort, the development of the Swiss village of Andermatt has from the very start aimed to attract people who want to live there full-time. Karen Chung meets three residents who, in their different ways, call it home

Andermatt was born from the conviction that if you build it, they will come. With the ultra-ambitious yet sustainable mega-development of what was previously a sleepy, tucked away Alpine village, the town now offers an unparalleled lifestyle mix in a traditional setting.

The development has since grown into so much more than simply a luxury holiday destination, with a high-low mix from its flagship hotel The Chedi Andermatt and world-beating concert hall, Michelin-starred restaurants and serviced apartments, through to cosy pizzerias, its relaxed attitude and a wish list of outdoor activities and cultural events accessible all year round.

But what is it actually like to live there? Seven years after The Chedi Andermatt hotel put it firmly on the map, three residents reveal why Andermatt has it all. Johan Granvik grew up near Andermatt and travelled the world before ending up back in his hometown. The businessman behind Andermatt’s boutique Schwarzer Bären hotel and its delightfully cosy-modern Italian restaurant admits his career trajectory has taken him by surprise. “Usually, people tend to go to the big city and never come back,” he says. “I left for the US at the age of 16 and never imagined I would come back. But I said to myself, if a project like this is happening in my own hometown, I want to be part of it.” He joined the launch team for The Chedi Andermatt hotel in 2013, stayed a year and a half, then with a friend he set up his own bar and nightclub. “There’s a lot of opportunity here. We added a restaurant on the slopes and another nightclub, then two summer businesses a few years later.” He notes that the development has brought in more people, but also left enough space for start-ups to do their own thing. “Although Andermatt is growing at an exponential pace, for me the character of the town is pretty much the same. Some thought it would become like St Moritz, but I don’t think it will. I talk to a lot of people in our restaurants who love it here because it’s so down-to-earth, and that’s quite unique. For us the focus is on improving the business,” he says. “We’re in this for the long haul.”

Read more: Umberta Beretta on fund-raising for the arts Looking down on the Piazza Gottardo. Image by Valentin Luthiger “In normal times, I travel a lot in the US, UK and Europe reviewing potential investment opportunities, followed by months of intensive due diligence and analysis. When I need peace and quiet to think, I find the fresh air and light of Andermatt, and the lack of distraction, makes me really productive,” says Karen O’Mahony, a private equity investor who realised the full potential of her holiday home after London’s first lockdown. Sure enough, she swiftly joined the ranks of professionals who, forced to hit reset on their professional lives during the pandemic, swiftly saw potential upsides in the new normal. With the seismic shifts in working pattern and ties to major cities loosened, she can fit in two hours of cross-country skiing first thing in the morning, and be back at her desk before the London business day begins. “At any time of the year, Andermatt is steeped in nature with views of the mountains on all sides. From skiing, walking, golf and eating out, there’s something to do all year around, and this makes it much more of a home than a holiday property,” she says. Folk musician and accordion player Fränggi Gehrig juggles a schedule of rehearsals and concerts during peak season with working on his own music and enjoying the mountains during quieter spells. As he appears on the screen from his home studio in Andermatt, the windows behind him reveal a tantalising view of snowcapped mountains in a stroke of unintentional Zoom one-upmanship. “I was lucky to be born here and to live in the mountains, the beautiful weather, the sun,” he says. “And we’re right in central Switzerland, so most places where I work are at most just a two-hour drive away.”

With a laugh, he recalls how he did his military service in the area where the resort now stands. “It’s hard to say how the town would have developed without this investment,” he says. “Now I might play between 80 and 120 concerts a year. In summer I might play four or five concerts a week. I also play a lot more now in Andermatt than I did a few years ago. The auditorium of the Andermatt Concert Hall. Image by Anthony Brown

And, of course, for me as a musician, the most beautiful thing is the new concert hall” – which opened with an epic inaugural concert by the Berlin Philharmonic in summer 2019 that put Andermatt firmly on the cultural map. “The fact that a venue like this, with such an incredible acoustic, is right here in my hometown is amazing – and the other half of the concert-hall complex is a conference centre, so I also play private gigs for companies at dinners. It’s a good place to network, and as it grows, I think there will be even more opportunities for me as a musician. I could never imagine living anywhere else.”

This article was originally published in the Summer 2021 issue.

The post Why the Swiss village of Andermatt is designed for living appeared first on Lux Magazine.