If this were an ordinary April, thousands of wine professionals from around the world—négociants, importers, retailers, journalists—would be descending on Bordeaux for its annual week of barrel tastings, indulgent lunches and dinners, and networking dubbed En Primeur. The work of tasting and evaluating the previous vintage, barreled down now (but young, to be sure), has a clear mission: The wines will be judged by merchants and critics alike, producers will subsequently set their prices, negotiations will be made on allocations importers hope to acquire for their clients, and customers can invest early in wines they’ll take possession of in two or three years—with luck (and sound information), paying less now than the wines will be worth then.

Michaël Peltier, Senior Fine Wine Specialist at Millesima, the fifth largest buyer of Bordeaux wines En Primeur, describes the futures tradition as a win-win for producers and consumers: For small estates especially, the investment upfront gives them the resources to produce the next vintage, and if an importer evaluates and chooses well, customers (who have to trust, because they haven’t tasted the wines) will get solid advice about the right bottles for their own cellars, whether the agenda is to enjoy them when the time is right or sell them to advantage on the secondary market. At Millesima, “we try to take the best from each appellation” Peltier says.

Alexander Michas, president of Vintus, an importer that counts the likes of Château La Fleur–Pétrus and Château Margaux in its portfolio, describes the benefits of the system in reverse: “Starting backwards in the chain,” he says, “the consumer feels he or she has received something of value, the retailers and importers have returned an investment on their time and outlays, and the broad positive feeling allows for more Bordeaux wines to succeed.”

But this is no ordinary April. Critics and trades people from outside the region won’t be gathering this year—just as they didn’t last year. In a giant pivot last April, many Bordeaux producers sent samples of their 2019 around the globe, and a flurry of remote tastings—some connected on Zoom—ensued. The vintage was widely deemed superb, but the process had its flaws. As Peltier points out, “Young wine doesn’t travel well.” Unstable, with just a few months in barrel, samples might not be in consistent shape after long journeys. “It’s interesting to see how critics around the world talk about the same wine,” he says. “If it gets 95 points in France, but 91 points everywhere else, something is wrong.” 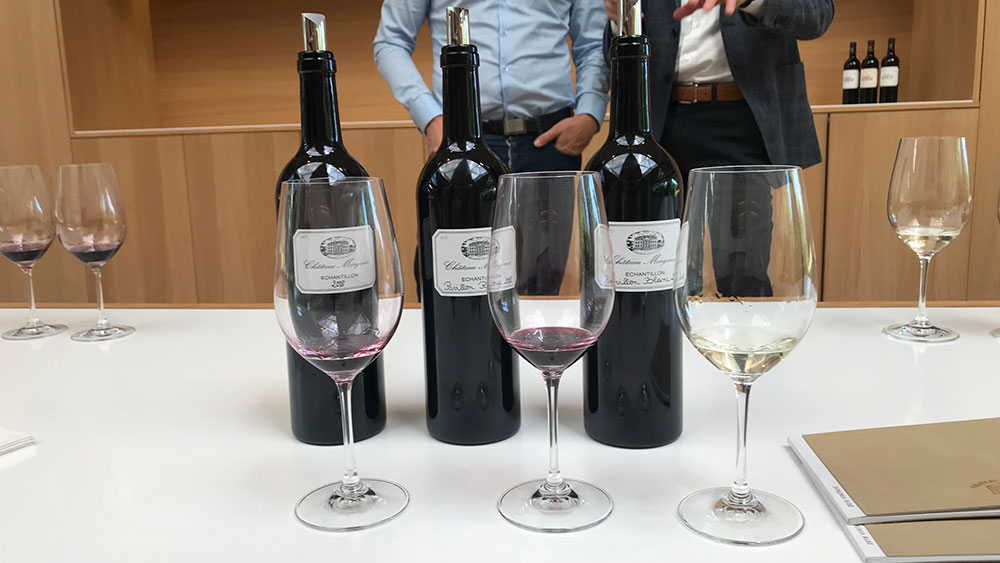 This year will also see producers getting samples to journalists and merchants instead of the other way around, with the addition of major tastings organized in key cities (including New York and San Francisco) by the Union des Grands Crus de Bordeaux. Michas grants that something is lost this way. In spite of numerous calls, Zoom sessions, and sample tasting from a distance, his team will lack “that wider and deeper lens into the vintage and developments at individual estates” that meeting with producers on the ground would afford.

What firms like Vintus and Millesima offer in a challenging year like this one is longstanding trusted relationships with Bordeaux producers, and the will and expertise to fill in the gaps, to be able to offer fully informed advice (and great wines) to their customers. “The demand for a particular wine is a combination of press review, price and brand strength in the market,” says Michas. “We are currently having conversations with estates and négociants, and are awaiting the results of thorough tastings being organized for the press.” Then there’s the fact that he has a long tasting history with many estates to draw on.

On the tasting front, Peltier believes it’s important to do that more than once, in the absence of boots on the ground in Bordeaux—“to review the wine again, make a balance of tasting notes, before talking about it to clients.” And, like Michas, he casts a wide net for information. “I talk to friends and compare notes,” he says, “and, of course, I talk to producers. I don’t listen to myself only.” Knowing that clients read all the critics, he says, “we want to give the best possible advice on individual estates.”

Both Peltier and Michas are high (if cautiously so) on the 2020 vintage. Michas puts it this way: “We don’t know just how homogenous the quality is, but we know that some estates feel that after the excellent 2018 vintage and outstanding 2019 vintage, 2020 does not seem to be a drop-off.” Peltier compares 2020 to 2019, and suggests it might be even a little better than 2018. High praise! Of course, from an investor’s point of view, price is the next question. Last year, Bordeaux producers brought their prices for 2019 down about 15 percent from 2018. Peltier expects 2020 to come in much like 2019. With similar pricing and equally superb quality, the last factor is quantity—large in 2019, smaller in 2020. That, says Peltier, makes 2019 great for drinkers (a better price, lots of wine), and 2020 (similar price, short crop) a vintage for investors.