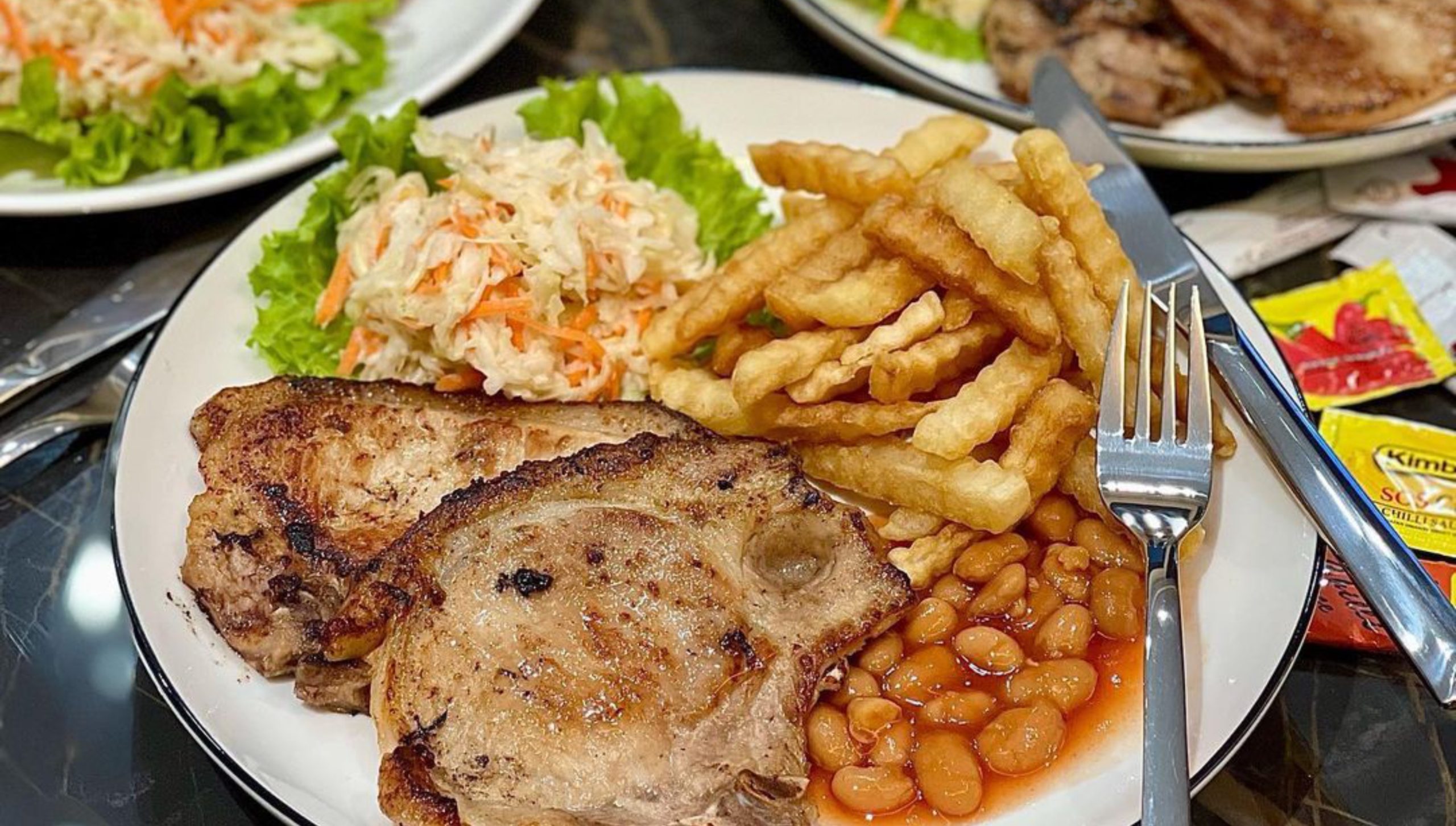 Western food is a pretty broad term that probably wouldn’t fly in newer joints here in Singapore these days.

It’s almost akin to lumping cuisines like Chinese, Korean, Thai and Indian into one broad spectrum that is Asian food — to say we’d be quite confused when ordering at a stall like that would be quite the understatement. Yet, the term ”western food” in Singapore finds its footings in the Hainanese community, many of whom worked for British households as cooks or kitchen help during the time of British colony.

As a result, localised twists to dishes like Fish and Chips, Pork Chop, and Chicken Chop were born, some even with accompanying sides like baked beans, rice and pasta. This has translated to the dishes in Singaporean households too — we’re pretty sure your grandmother has served fried eggs that have been slathered with a serving of heated baked beans (from a can, no less) with rice at some point.

While you probably won’t be able to find the same combination at a restaurant these days, you can reminisce that same iconic taste at these old school western food stalls. Here, choose your main — fried fish, chicken chop, or even lamb chop, if you’re feeling fancier — before you get served a generous side of fries, baked beans, buttered bread and the occasional coleslaw. Be sure to squeeze a generous amount of chilli on the side for the ultimate old school western food meal.

Here’s where to find the best old school western food stalls in Singapore:

The best traditional dessert stalls in Singapore to kindle nostalgia

Wow Wow West has a neat menu of eight items on the menu. Those looking for some deep-fried goodness can take their pick from the Chicken Cutlet or the Fish and Chips in all its crispy batter glory, while grilled food fans can choose between the Pork Chop, Chicken Chop, and Beef Steak. The made-to-order dishes come sizzling hot, and are complete with three nostalgic sides: coleslaw, baked beans and fries.

It’s hard to miss Chef Hainanese Western Food when you walk into Tanglin Halt Food Centre. A flashy 70s-styled yellow sign with the word “Chef” in the middle and its snaking long queue will be more than enough to let you know you’ve found the right place. The order of choice here is the Mixed Grill Platter, and for a pretty good reason. For just S$10, your meats on the plate will include a hearty portion of tender pork chop, chicken chop, fish cutlet and chicken sausage, complete with coleslaw, baked beans, baked potato and crinkle cut fries. Yes, it’s a lot, we know.

Perfect for two light eaters or one starving diner, the entire plate comes together with generous lashings of its signature brown sauce. Pro tip: they only open for two hours a day (closed on Thursdays) from 7 to 9pm, so be sure to make plans to swing by a little earlier.

Apollo Western Food has been serving their delicious dishes to diners for more than 35 years, so it’s safe to say that they are one the most popular western food stalls around. The toasted soft buns here are perfect with a generous slather of butter, but otherwise we also recommend saving it to sweep up the mouthwatering gravy from the baked beans and the special brown sauce that’s slathered atop the grilled chicken chop. The neat menu starts from an incredible S$4.50, which is a steal considering the portion size.

Old Airport Road Food Centre has tons of stalls serving up impeccable dishes, but today we’re championing Western Barbeque for their food and special garlic sauce. Founded in 1974, the famous garlic sauce is said to be crafted with more than 10 ingredients, with a recipe that hasn’t changed for more than twenty years. While you can’t get it laden on your Chicken Chop, you’ll find it doused on top of the Mixed Grill, Pork, Steak and Lamb Chop orders.

What’s better than a regular plate of western food? A sizzling hot plate of western food. Our favourites here include the Pork Chop and the Chicken Chop for their delicious char after being kissed by the grill. They both come with a serving of crinkled fries, baked beans, and fried eggs. Another hot (pun intended) favourite amongst the younger crowd is the Chicken with Nachos Cheese. Still hungry? Get the Taiwan Style Crispy Chicken on the menu to share.

Nothing beats a plate of undeniably satisfying food at super affordable price. Tip Top Western Food, a family business that’s been preparing food with recipes passed down from over forty years ago, finds a new lease of life at the hands of its third-generation owner. Apart from the humbly-priced Beef Steak (at only S$8, no less!) and the flaky tilapia Fish & Chips, the signature Chicken Cutlet finds itself a firm favourite amongst the many who patronise the stall.

Maxwell Food Centre has our hearts when it comes to food. Ye Lai Xiang Tasty Barbecue, a stall that has been in operation since 1971, serves up a mean plate of nostalgia. Think handcut coleslaw, crinkle-cut fries and really hearty portions to make the most out your dollar. The crispy and tender chicken cutlet may be a tad pricier than the other stalls on this list, but it’s big enough for two light eaters to share. Our favourite bit? The house-made gravy it’s drenched with leans a little towards the sweet side, which softens the meat and cuts through the greasiness of the deep fried dish.

The post Where to find the best old school western food stalls in Singapore appeared first on Lifestyle Asia Singapore.