It’s the third and final season of Narcos: Mexico, and it’s already looking exciting. From special forces to powerful cartels, here’s what to expect of season 3 premiering tomorrow on Netflix.

The first season of the show was aired in 2018. Filming for the third and final season began well before the pandemic, but the eventual lockdown led to the delay in completion. Narcos: Mexico season 3 will be released on Netflix on 5 November.

Created by Carlo Bernard, Chris Brancato and Doug Miro, Narcos: Mexico follows the critically acclaimed three-season Narcos (2015-17) based on the Colombian drug trade. At its centre was Pablo Escobar (Wagner Moura), the notorious yet charismatic kingpin of the Medellín Cartel. It also showed how DEA agents Steve Murphy (Boyd Holbrook) and Javier Peña (Pedro Pascal) brought the Colombian cartels, including the Cali Cartel, to their knees.

The focus of Narcos: Mexico is the Mexican drug trade and how relations between the US and Mexican governments have been damaged by it.

The plot of Narcos: Mexico season 3

The official synopsis of the third season reads: “As newly independent cartels struggle to survive political upheaval and escalating violence, a new generation of Mexican kingpins emerge. But in this war, truth is the first casualty—and every arrest, murder and take-done only pushes real victory further away.”

Of course, it gives away nothing. While we wait for it to hit our TV screens, here’s a recap of what has happened in seasons 1 and 2. What has happened so far in the series

The first two seasons were about the rise and fall of Miguel Ángel Félix Gallardo, a former police officer who became one of the founders of the Guadalajara Cartel.

Played by Diego Luna, Gallardo unites various factions into a single enterprise that puts Mexico on the drug map of the world. Throughout the first season, Gallardo is doggedly pursued by DEA agent Kiki Camarena who is portrayed brilliantly by Michael Peña.

Following the killing of Camarena at the hands of Gallardo and rising tensions between various cartels, chaos leads to an all-out war in the Mexican drug world. This culminates in Gallardo’s eventual downfall and his arrest by authorities, who had brought in all the firepower they could to overwhelm the cartels.

Season 3 dives deep into the war among cartels as they try to gain control over the drug trade. Meanwhile, the authorities have vowed to uproot the cartels permanently.

While seasons 1 and 2 were primarily set in the 1980s, Narcos: Mexico season 3 is set in the 1990s when the drug trade draws a much larger international attention. The main cast is led by Scoot McNairy who is DEA agent Walt Breslin and has been the narrator in the previous two seasons. However, season 3 introduces its first female narrator Luisa Rubino, who essays the role of a journalist on a mission to expose corruption. Now, it remains to be seen if McNairy continues to lend his distinct voice for the gripping narrative of the show or not.

The notorious Joaquín “El Chapo” Guzmán, the founder of the Sinaloa Cartel, is played by Alejandro Edda. Gorka Lasaosa plays Héctor Luis Palma Salazar, the other leader of Sinaloa. 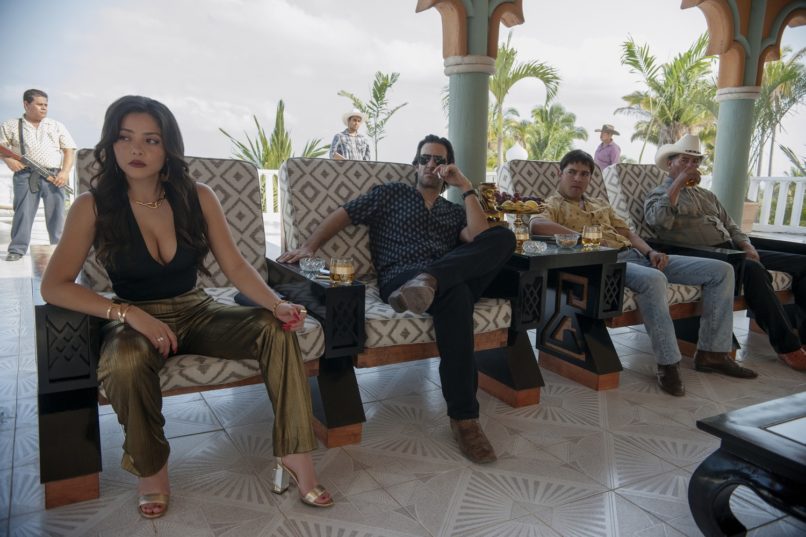 How close to facts is the show

The series has so far remained mostly loyal to the true events it is based on. However, at the beginning of every episode, the show clarifies that it is a dramatisation of the events.

“This dramatisation is based on true events. However certain scenes, characters, names, businesses, incidents, locations and events have been fictionalised for dramatic purposes,” reads the message. Therefore, it seems like some liberties have been taken.

For instance, there has never been a Walt Breslin. This character is believed to be a mix of many real-life agents who were involved in Gallardo’s arrest, but Kiki was real and so was his killing.

The show’s presentation of the rigged 1988 Mexican general election was also largely based on true events.

Several other events are mostly true with some deflections from the real timeline and the manner they are presented.

The post What you should know about ‘Narcos: Mexico’ season 3 appeared first on Lifestyle Asia Bangkok.