Dune is in cinemas and it’s already proving to be a massive success. If you’ve seen it, you’ll be happy to know: Dune is getting a sequel.

The makers have announced that the sci-fi epic starring Timothée Chalamet, Zendaya, Rebecca Ferguson, and Jason Mamoa, will have a sequel that will release on 20 October 2023.

Legendary announced the news in a tweet on Tuesday:

This is only the beginning…

Thank you to those who have experienced @dunemovie so far, and those who are going in the days and weeks ahead. We’re excited to continue the journey! pic.twitter.com/mZj68Hnm0A

Dune fans have been eagerly waiting for this news for a long time, as Dune: Part One leaves things hanging in the balance for the sequel. Denis Villeneuve’s film covers roughly half of Frank Herbert’s seminal novel, so expect plenty more to come.

So, while we wait to return to Arrakis, here is everything you need to know about the Dune sequel. Fair warning though, there are Dune spoilers ahead. 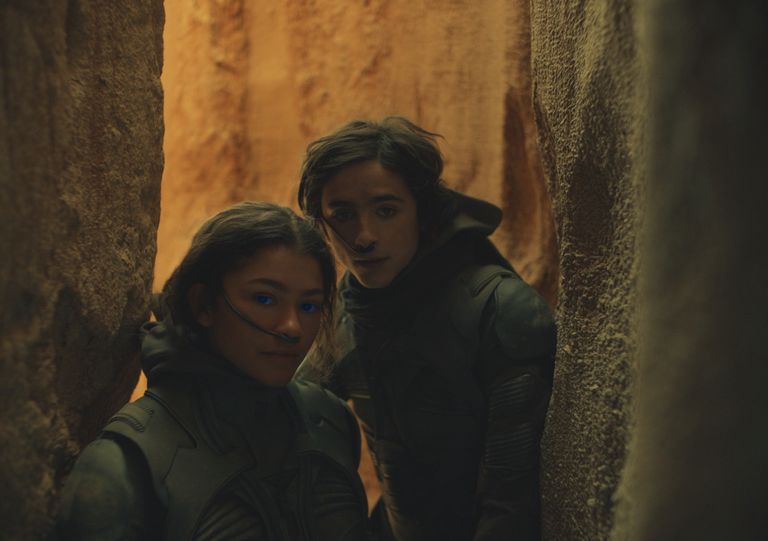 Dune sequel what to expect: Story, cast, and more

Unlike the first film, which was released on HBO Max the same day it did in theatres around the US, the sequel is expected to have an exclusive theatrical release there with no day-and-date streaming release.

Ahead of the release of the first movie, Villeneuve revealed that he is ready to go very soon. “To go quickly in a movie of that size, you still need to make sets, costumes, so we are talking about months,” he explained. “But if ever there’s enthusiasm and the movie is green-lit sooner than later, I will say that I will be ready to shoot in 2022 for sure. I am ready to go, and I will say that I would love to bring it to the screen as soon as possible.”

While the cast has yet to be officially confirmed, the Dune sequel will bring back Timothée Chalamet as Paul Atreides, and Zendaya’s Chani as a potential co-lead. Villeneuve has stated that Zendaya will play a bigger role in the sequel, and given that Paul finally met Chani at the end of the first film, it is not surprising that their relationship will be central to the sequel.

Other returns will include Rebecca Ferguson as Lady Jessica, Javier Bardem as Stilgar, Stellan Skarsgård as the villainous Baron Harkonnen, and Dave Bautista as the Baron’s nephew Glossu Rabban. There will also be some new faces in the cast.

The first film covered roughly half of Herbert’s novel, concluding with Paul and Lady Jessica being accepted into the Fremen and on their way to Stilgar’s home. With House Atreides largely decimated, it’ll be them versus the Empire in the sequel, where we’re sure to see more of Paul’s visions of himself leading a revolt against the Empire come to life.

Assuming Villeneuve follows the book as closely as he did in the first film, expect a time jump, new children entering the world, and major revelations.

For Villeneuve, the first film’s “tough task” was laying the groundwork, but now that it’s done, Part Two becomes “an insane playground.”

The post What to expect from the Dune sequel, from plot to cast and more appeared first on Lifestyle Asia Bangkok.