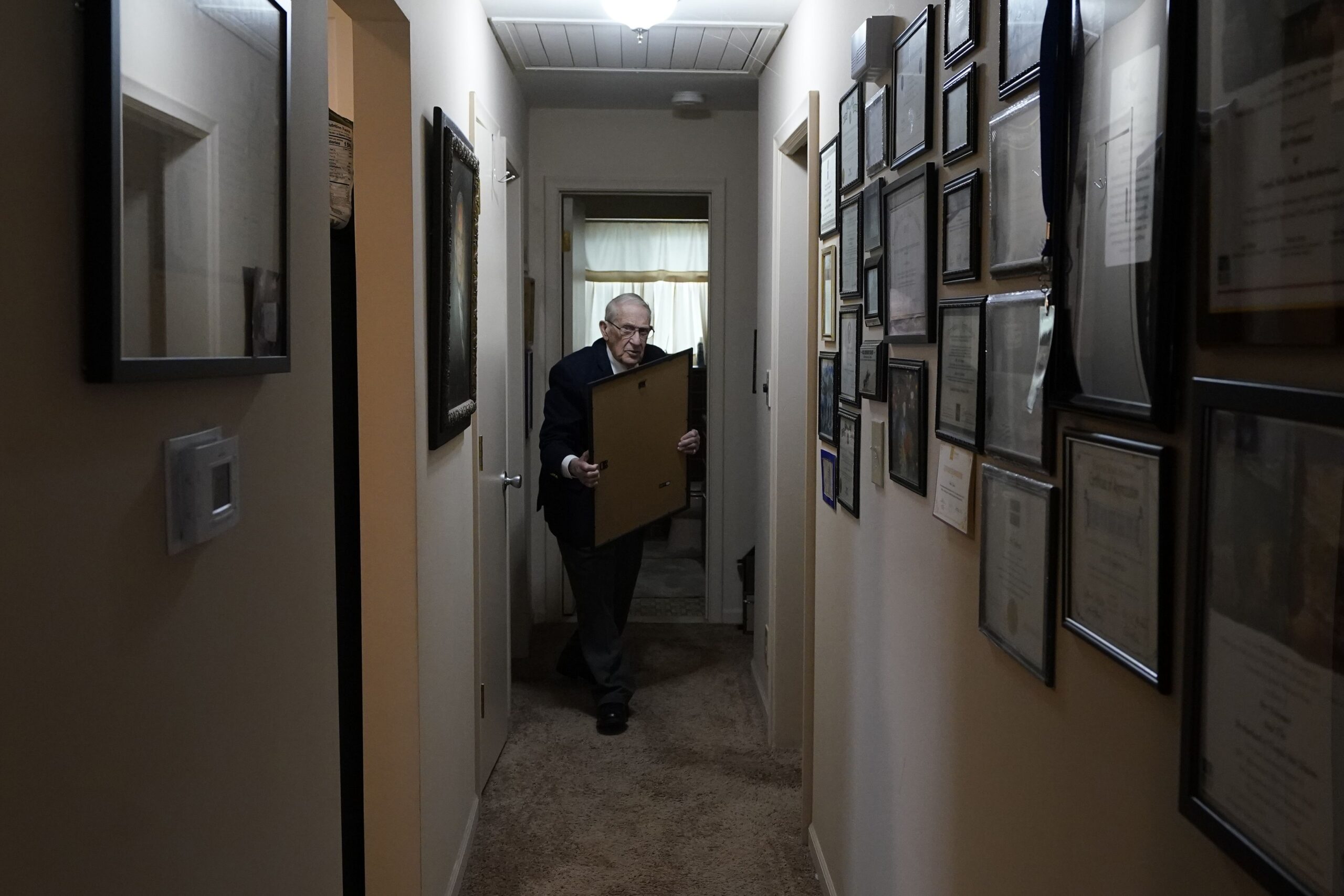 ROYAL OAK, Mich. — Officials in Michigan are ready to get started on the construction of what they say is one of the few state-specific World War II memorials in the country.

Art Fishman is excited that the project is taking another step toward reality.

The Oak Park resident, who sailed on a Navy destroyer in the Pacific theater as an 18-year-old, was to be among those on hand Thursday afternoon when ground is broken for The Michigan WWII Legacy Memorial.

“It’s more important than people think. Why? Because, if it’s handled right, it will teach the next generation what the war was about, why we were there, what did we fight for. We fought for liberty,” said Fishman, 95, who sailed aboard the USS Robinson in 1945 during its stops in the Philippines, Iwo Jima, Okinawa and China.

The groundbreaking is for the first phase of the memorial, which includes the laying of more than 1,200 donated Walk of Honor paver bricks and the installation of both a statue called “Joe,” which depicts a soldier in a foxhole reading a letter from home, and flagpoles representing all military branches.

Future phases are to feature a Wall of Stars honoring the 15,000-plus Michigan lives lost during World War II; additional statues, including one dedicated to Rosie the Riveter; an amphitheater and a colonnade of pillars.

The memorial, which is recognized by the Legislature as the state’s tribute to the war, is to be built in Memorial Park in the Detroit suburb of Royal Oak.

Members of the committee that is overseeing the project said the U.S. does not have many state-specific World War II memorials, but some do, including New York and Washington.

“Michigan had such a significant impact on the war front, with brave men and women fighting against tyranny, and also at the homefront with the Arsenal of Democracy and other contributions across the state,” said John Maten, president of The Michigan WWII Legacy Memorial.

Ethel “Cricket” Poland, 102, is one of those who served an important role on the homefront, as a code-breaker with the Navy.

Poland, who has lived in Michigan since the 1960s, served for three years in Washington, D.C., as part of the WAVES (Women Accepted for Volunteer Emergency Service) program.

“Although my part in the war was very small, I feel that it was worthwhile,” said Poland, who planned to be in Royal Oak for Thursday’s ceremony.

More than a dozen veterans organizations are to be present, including members of the American Legion, Tuskegee Airmen, Disabled American Veterans and Michigan Jewish War Veterans.

Fishman was scheduled to speak on behalf of the assembled World War II veterans.

“Maybe that was the reason I’ve lived this long is I could see something I felt so sincere about that should happen,” he said. “So that everybody else could see what the great generation really was.”