Some people build models as a way to relax. But it turns out that watching someone make one can be just as soothing.

Earlier this month, South Korean YouTuber 3D Sanago posted a fascinating video of himself making a model of a Porsche Taycan, the German automaker’s first EV, with a 3D pen. And the resulting model isn’t just for display. It was also fitted with a motor so that it can be used as an RC car.

The video, which runs just short of 19 minutes, offers up a well-edited look at the entire month-long process that went into making the model. Starting out with just the car’s schematics and a 3D pen, the YouTuber begins constructing a plastic wireframe, adding layer after increasingly intricate layer until the frame begins to take on the shape of the stylish EV. While the 3D pen is enough to lay down the model’s foundation, modeling putty, a soldering iron, paint, decals, plastic and a set of LED lights round out the package. 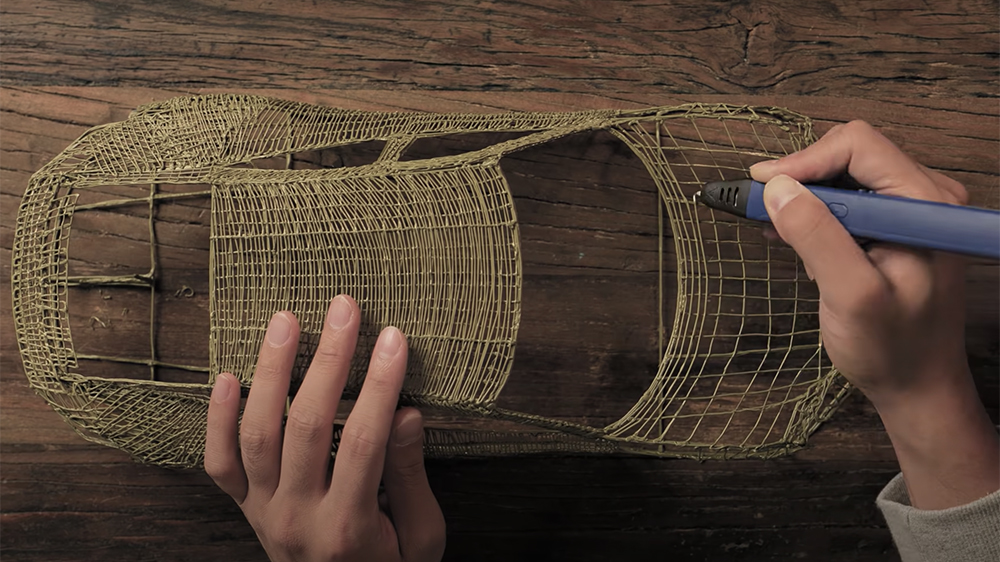 3D Sanago at work on the frame for his Taycan model

But it would seem that 3D Sanago wasn’t content to just build a simple model. The Youtuber also outfitted his mini Taycan with a motor and working wheels. While nowhere near as muscular as the battery-powered sedan it’s based on, the bright green RC car looks like it can hold its own, as long as you don’t try to take it off-road.

If you’re as transfixed by 3D Sanago’s video as we were, you’re in luck. His Youtube page, which has 2.87 million followers, features clips of him putting his skills to use to make everything from a go-kart to a flower pot to a flying dragon.