As this weekend’s highly anticipated Amelia Island Concours d’Elegance kicks into gear, there’s a new video with the event’s founder and chairman, Bill Warner, giving an insider’s look at what makes the annual exhibition so special.

“A Conversation with Bill Warner from The Amelia Island Concours” is the latest episode in the Florida-based Brumos Collection’s special series entitled “Inside the 59” and shares Warner’s unique perspective.

In the presentation, Warner recalls the earliest days of the event—the first was held at the Ritz-Carlton Amelia Island, on Amelia Island, Fla., back in 1996—and talks about its many highlights over the years, its honored guests and also traces its rise to prominence.

Warner, a businessman, car collector, photographer and writer, also talks passionately about his seven-decade relationship with the Brumos brand, and most recently, with its remarkable Brumos Collection, a museum that opened last year and features landmark Porsches and other important automobiles.

It seems that when the Brumos Collection was getting ready to debut its 35,000-square-foot facility, Warner was asked to supply some of his photography featuring the key race-car drivers who piloted Porsches for Team Brumos in 1959 and 1960. These include names such as Hurley Heywood, Peter Gregg and Roger Penske. 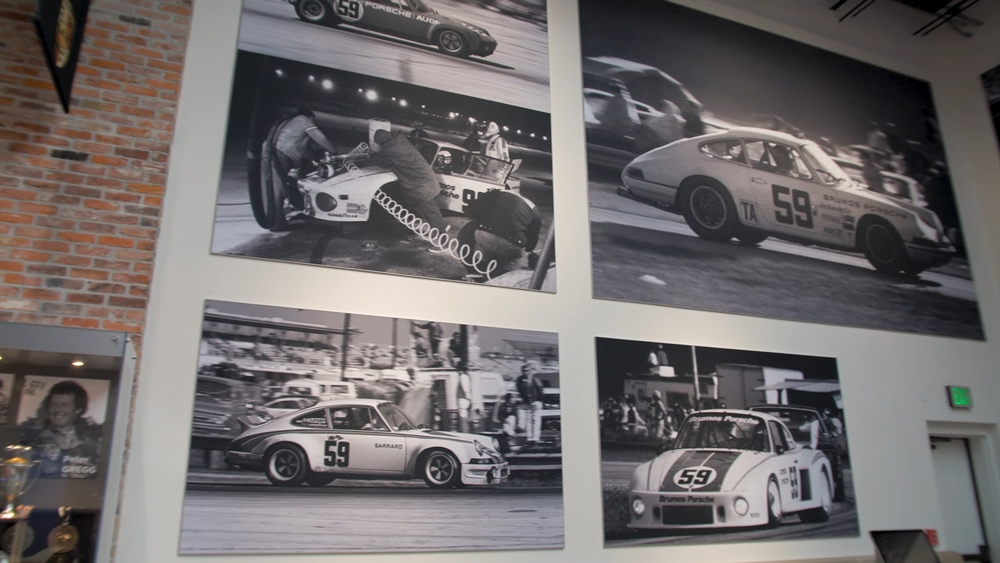 Many of those photographs are also showcased in a newly released book of Warner’s iconic images, called The Other Side of the Fence: Six Decades of Motorsports Photography. According to Warner, in the early days of the Amelia Island Concours, the Brumos Collection proved invaluable in loaning many of its rarest-of-the-rare racing Porsches to help raise the profile of the event.

“Every major show has great collections in their backyard they draw from,” Warner explains. “The Brumos Collection has a phenomenal selection of cars, which can make or break the excitement that you’re trying to produce with a Concours d’Elegance.” 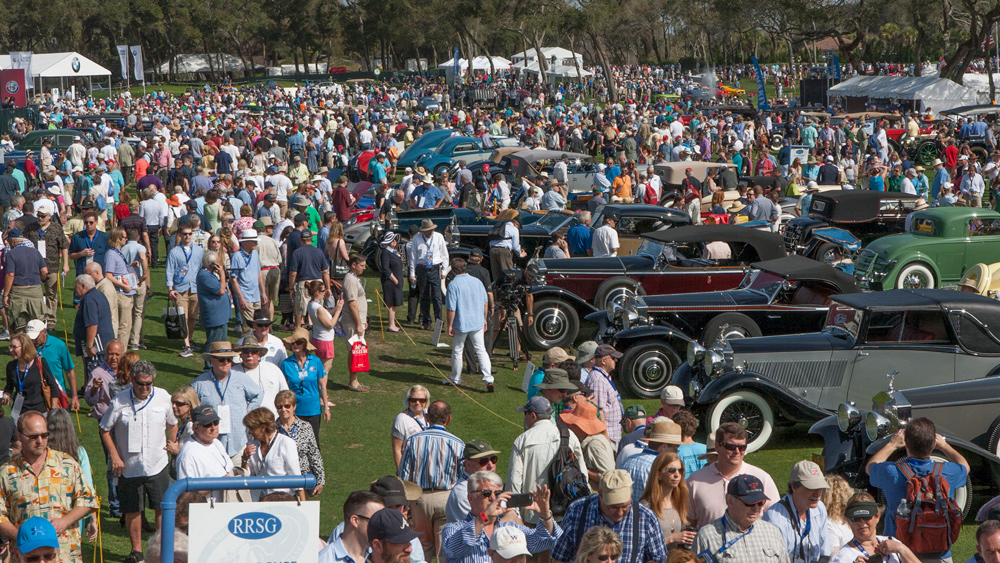 As for the origins of that Brumos name, Warner explains that the original Porsche dealership was founded by Jacksonville VW dealer Hubert Brundage. When Brundage opened his new Porsche store back in 1962, he used the company’s Telex code, shortening “Brundage” and “Motors” to the “Brumos” moniker.

Fast forward to 2021, and after a year of pretty much every key concours being cancelled due to Covid-19, Warner is excited to be welcoming enthusiasts back to Amelia Island. 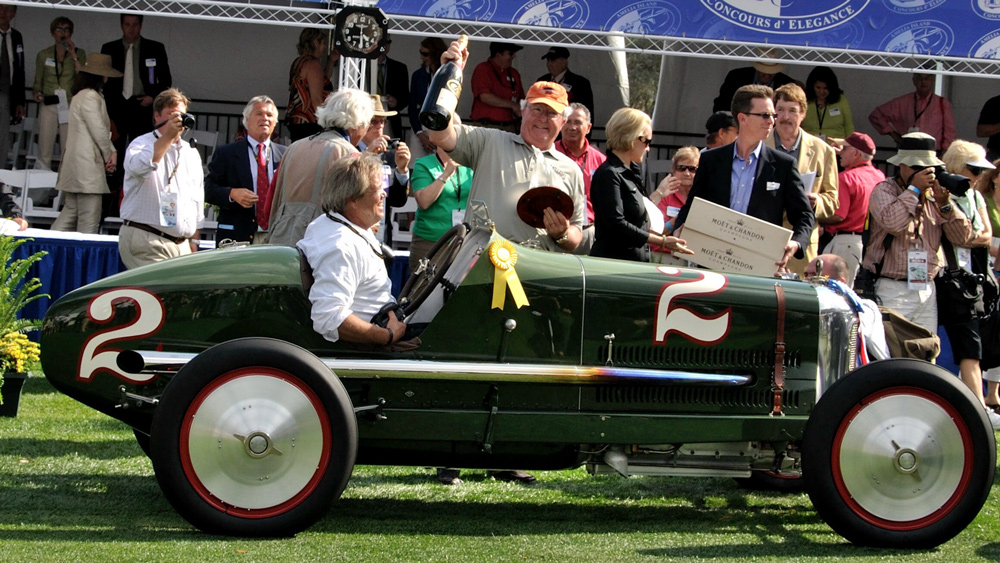 The 1922 Miller 122 Junior 8 Special that won Best of Show at Amelia Island in 2009.  Photo: Courtesy of the Brumos Collection.

This weekend will feature a special “Chevy Thunder” display tracing Chevrolet’s racing history. Another main presentation will highlight the development of electric vehicles, including everything from the wonderfully named 1895 Morris and Salom Electrobat IV to the new all-electric Cadillac Lyriq. 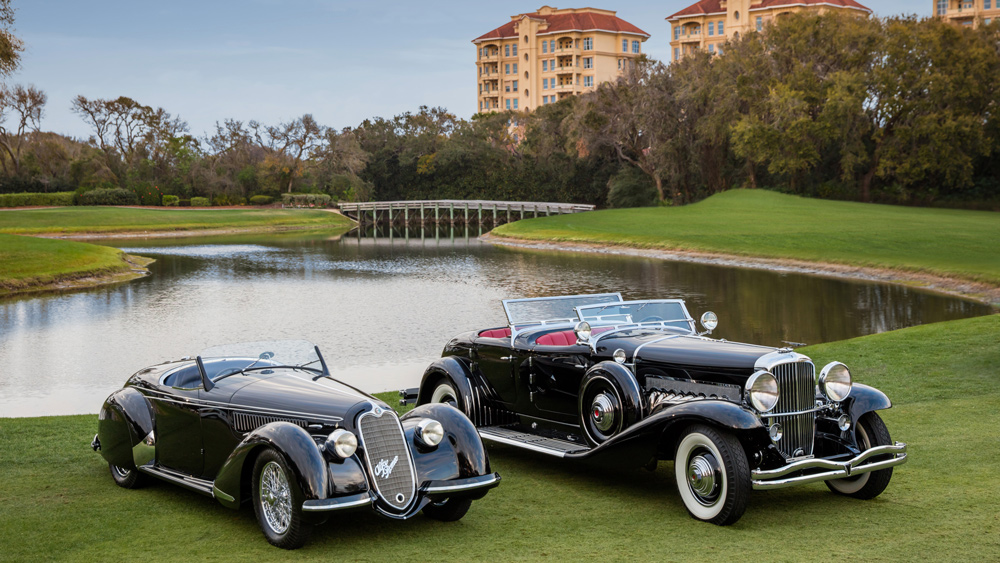 The traditional Saturday morning Cars & Coffee display is also back, as is the RM Sotheby’s classic car auction. And this year’s concours honoree is racer Lyn St. James, who in 1992 became the first woman to be named the Indianapolis 500 Rookie of the Year. 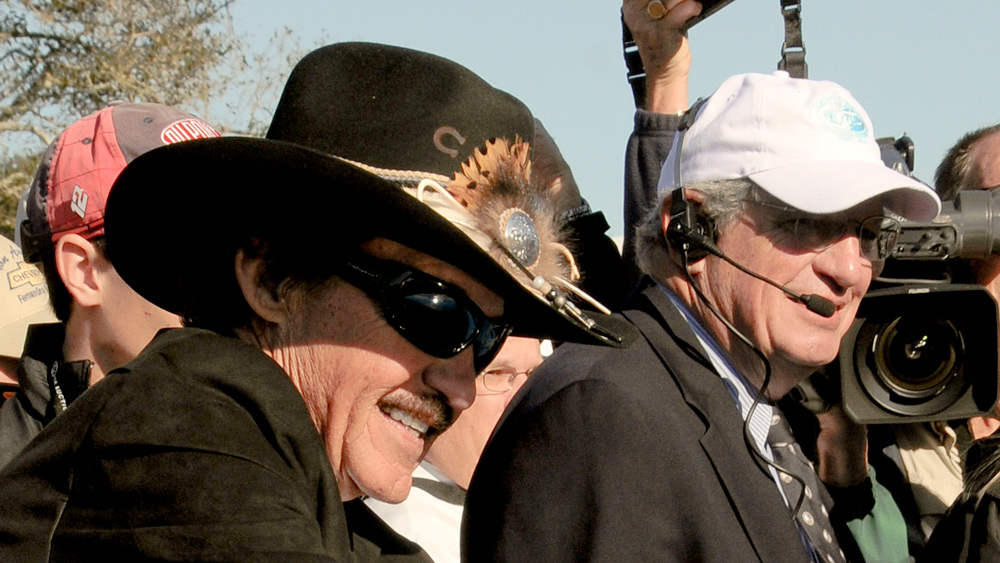 Motorsport royalty Richard Petty and Bill Warner at a previous edition of the concours.  Photo: Courtesy of the Amelia Island Concours d’Elegance.

As before, the concours raises money—over $3.75 million so far—to benefit Community Hospice & Palliative Care, Spina Bifida of Jacksonville and other local and national charities.

Exclusive: Basil Hayden Just Changed Its Recipe, and We Got the First Taste

Volocopter Just Completed the First Crewed eVTOL Flight in the US