It appears good genes run in this yacht family. Damen has just launched a new support vessel known as Gene Chaser that will assist the Amels superyacht Gene Machine in carrying out vital scientific research. Evidently, the new addition is as productive and stylish as her predecessor.

The 180-footer departed the Dutch yard at the end of February and is currently sailing across the Atlantic to meet her mothership. The two vessels are both owned by one of the world’s leading scientists and inventors, Dr. Jonathan Rothberg, who intends to use them in tandem to solve the big issues.

The 58-year-old biotech entrepreneur bought Gene Machine in 2015 to carry out scientific research and has recently been working on developing a 30-minute Covid-19 test kit while onboard. Rothberg says Gene Chaser will be used as “a next-generation lab to address mankind’s greatest challenges.”

Gene Chaser actually went through quite the mutation to get where it is today. Originally launched in 2020 as Blue Ocean, the YS 5009 support vessel underwent a total refit to meet Rothberg’s exacting requirements. The interior was reconfigured into a working research laboratory for scientific projects, while the main saloon was converted into a working wet and dry lab. 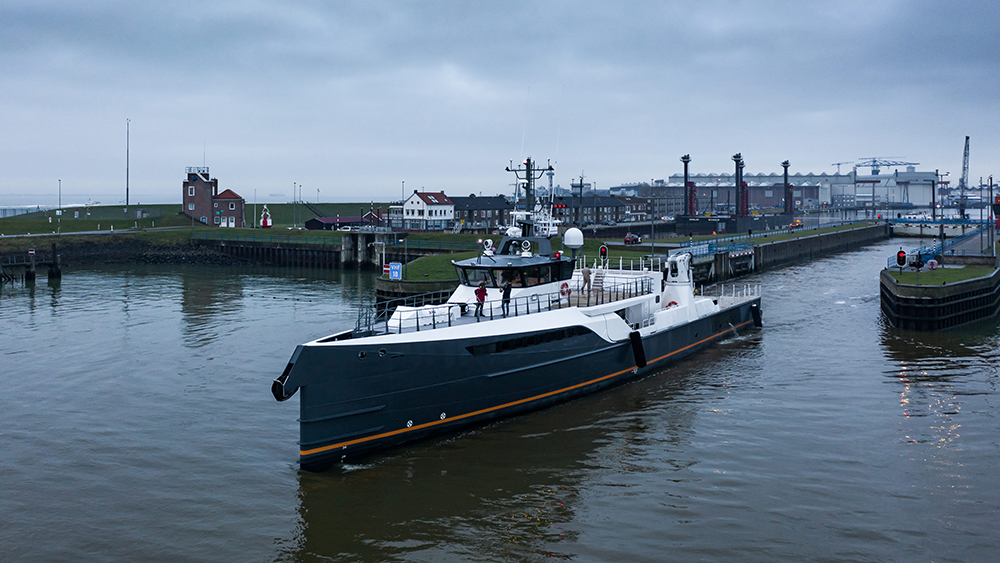 The 180-footer departed the Dutch yard at the end of February.

Elsewhere, there are areas earmarked for conferences and educational purposes. There is also accommodation for a total of eight visiting researchers and four full-time scientists, as well as seven crew.

The exterior, meanwhile, features a 2,422-square-foot deck and can hold a Fjord 42 powerboat and an Oxpro AL8 landing craft, along with additional mission-specific equipment. It’s also fitted with a crane, which can launch tenders and research vessels weighing up to 14 tons.

As for performance, Gene Chaser features the Damen Sea Axe hull which promises enhanced sea-keeping capabilities. The hull also sports the same custom colors as Gene Machine, including navy blue, white and a pop of orange. The vessel has a maximum speed of 20 knots and can cover some 5,000 nautical miles when cruising at 10 knots.

“Gene Chaser will be the tip of the spear as we deploy never before available technology to characterize, understand, and expand our knowledge of biodiversity, and identify nature’s solutions—within her genes—to the world’s greatest existential threats,” Rothberg said in a statement. “We are going to go after genes to combat global warming and clean up the oceans and the air. That’s why it’s the Gene Chaser.”

Godspeed to both Genes.

Check out more photos of Gene Chaser below: 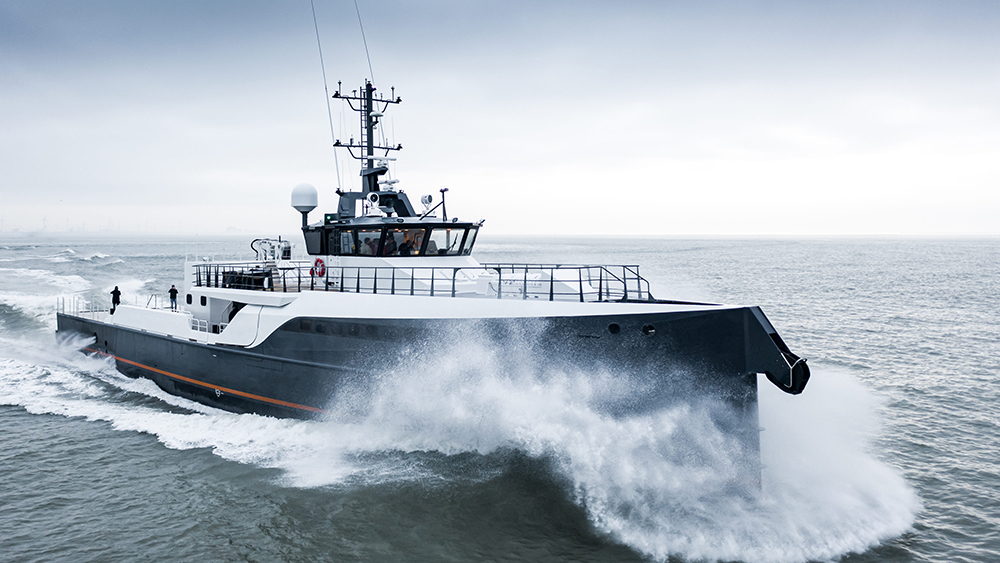 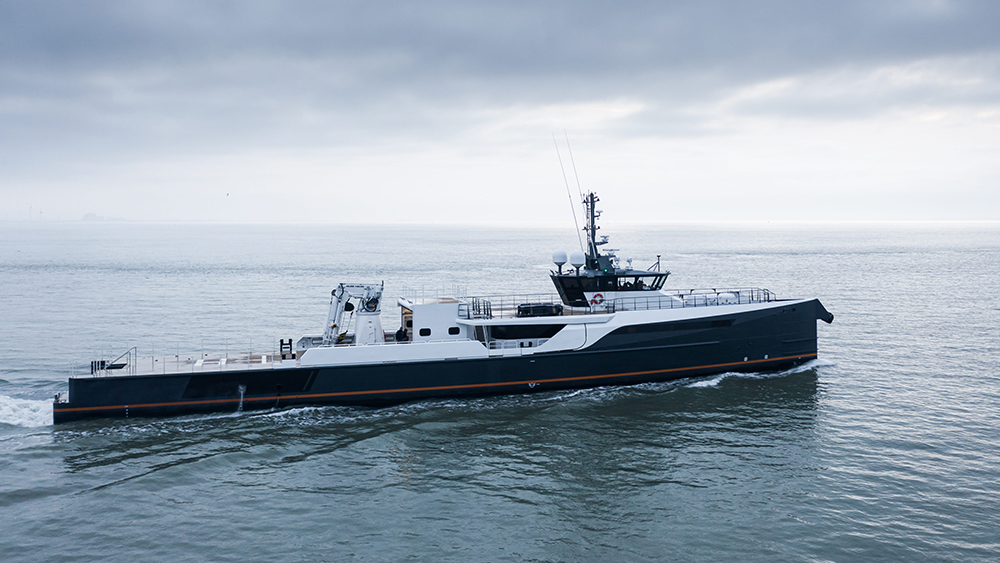 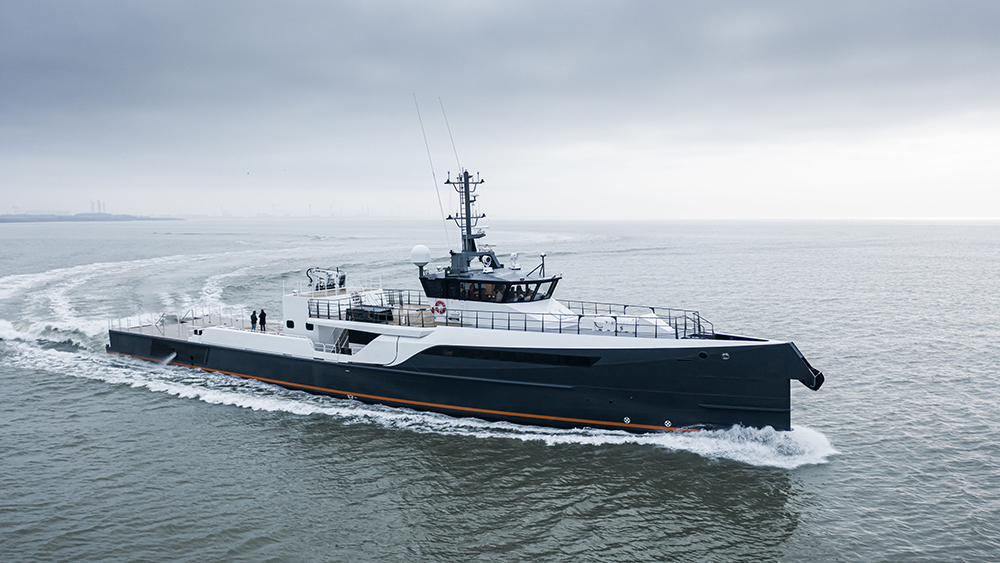