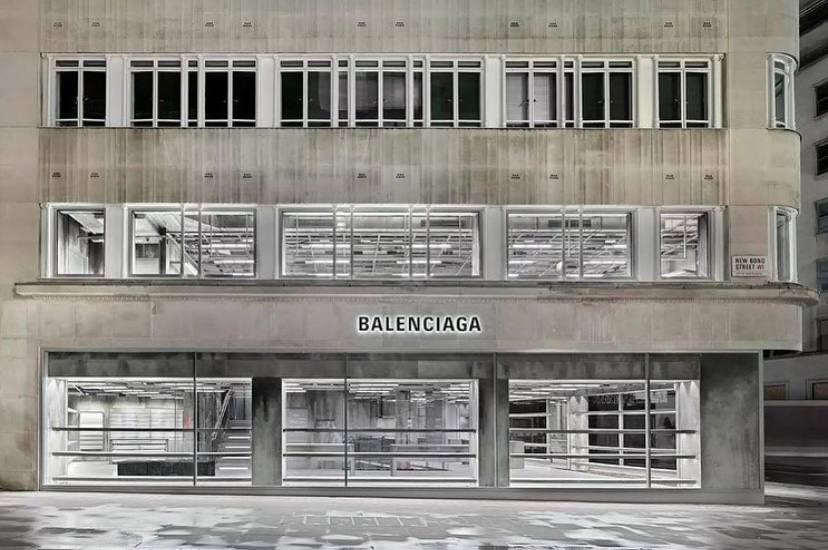 The store opening signifies that luxury retail is recovering well from the pandemic.

On Thursday, Balenciaga unveiled its flagship boutique in London’s New Bond Street. The 7,600-square-feet space was two years in the making, set back by COVID delays. However, a glance at the shop might make you think there’s still some construction to be done.

But the three floors of bare concrete walls exposed electrical wires, and merchandise displayed in the basement was all intentional.

“Basically, it looks like an abandoned warehouse space that just happens to house clothes and accessories worth millions,” Highsnobiety’s Tora Northman writes after visiting the store. She added it was like entering an “underground rave” or something meant to be a secret.

The new aesthetic is interesting compared to the Kering-owned brand’s neighboring shops that maintain a refined look at Bond Street like Chanel, Miu Miu, and Hermes. Other recently opened stores include Celine, Versace, and Brunello Cucinelli.

The “unfinished look” is the brainchild of Balenciaga’s creative director and Vetements co-founder Demna (similar to Ye, Demna Gvasalia shortened his name to separate his creative work and professional life last December) with the help of art director Niklas Bildstein Zaar and architect Andrea Faraguna of the architecture firm Studio Sub.

“Raw Architecture materializes a new experiential conception of modern luxury in which Balenciaga is introducing new retail codes where the passage of time is a transformative event,” Balenciaga said.

According to Vogue Business, architecture is a nod to Demna’s approach when designing collections—taking the past and restoring its relevance to current times.

Last year, Kering’s revenue rose 35 percent compared to 2020. “The opening of Balenciaga on Bond Street really highlights the continued confidence of global brands in London’s West End and the luxury market as we continue to recover from the impacts of the pandemic,” says Jace Tyrrell CEO of the consulting firm at London’s New West End Company.