The 2X flew above Oshkosh’s Wittman Regional Airport for four minutes during the event, reaching an altitude of 164 feet and a top speed of 18 mph, according to a press release. The quick jaunt, which was filmed and uploaded to the startup’s YouTube channel, was completed with a pilot, even though the craft can be flown autonomously or remotely. But it’s the pilot’s presence that made the flight an American first. 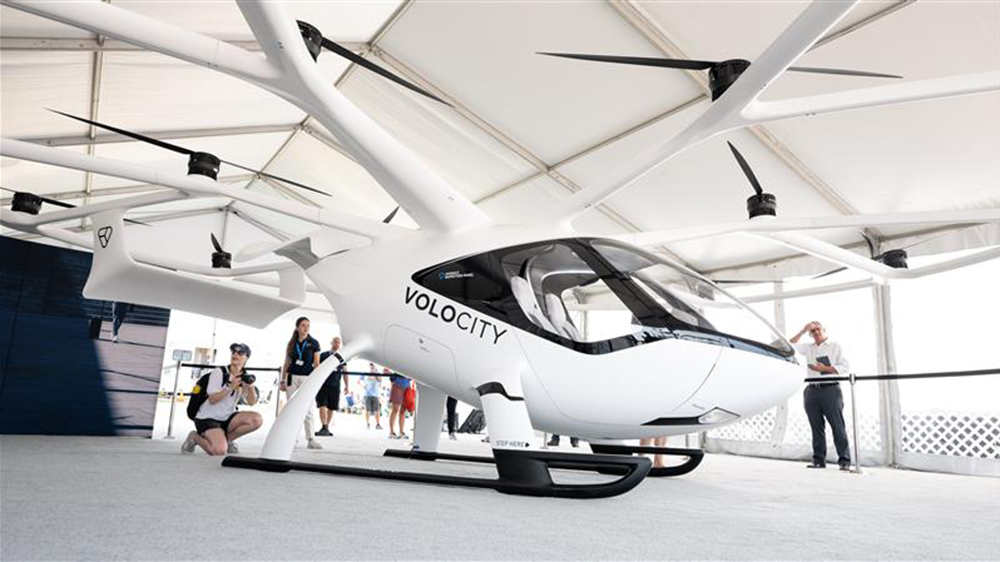 The VoloCity on display at AirVenture 2021  Volocopter

The 2X is one of a handful of eVTOLs that Velocopter has developed over the last half-decade. The aircraft isn’t the company’s fastest—that would be the 155-mph VoloConnect—but is integral to the company’s urban air mobility (UAM) strategy. The 18-rotor eVTOL has room for a pilot and one passenger, is quieter than a traditional helicopter, can reach top speeds of 62 mph and can go 18 miles on a single charge. While not capable of long-range trips, it is well-suited for city-to-city travel.

“We can talk about our lead in certification, low noise emissions and global partnerships all we want, but nothing shows just how close we are to launch UAM as a service as does flying an air taxi in front of crowds and inviting people to sit in our aircraft,” Florian Reuter said in a statement. “Air taxis are coming, and we are working to bring electric flights to cities around the globe in the next two to three years.”

The company is especially confident about the last part of that statement. Last fall, Volocopter sold 1000 “VeloFirst” tickets for the first public flights of its VoloCity eVTOL (above). Each of the $355 passes comes with a 15-minute flight, a video of the trip and a personalized certificate from the startup. No dates have been set for the flights, as the company is still waiting on final certification from authorities, but it sounds like those passengers could soon take flight.