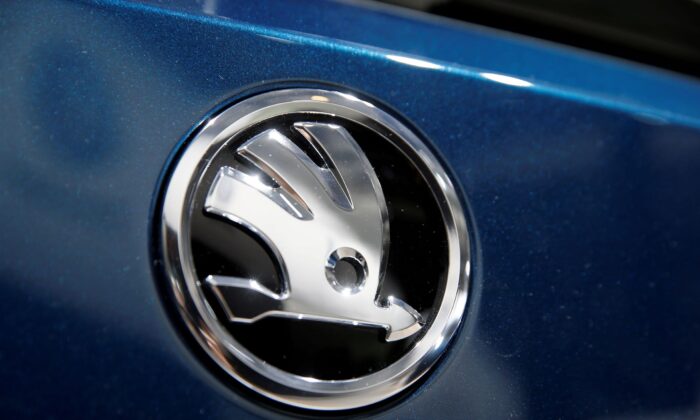 A Skoda logo is pictured during the Volkswagen Group’s annual general meeting in Berlin, Germany on May 3, 2018. (Axel Schmidt/Reuters)

PRAGUE—Volkswagen’s Skoda Auto aims to cut 2 percent of administrative jobs in the Czech Republic in 2021 by not replacing staff who leave rather than through redundancies, the country’s largest carmaker said on Thursday.

Skoda, the Czech Republic’s biggest exporter, employs around 42,000 people globally. While most of these staff are employed locally, the company declined to give details on the local workforce or how many positions are administrative.

CTK news agency estimated the number of Skoda employees in the Czech Republic to be 34,000.

“This year, we will be able to lower our administrative staff by 2 percent thanks to the demographic curve development and natural fluctuation,” Skoda’s spokesman Tomas Kotera said in a response to emailed questions.

“We aim to achieve this without laying people off for organisational reasons,” he added.

Earlier on Thursday, unions at Skoda said that the company planned to reduce “indirect” staff—meaning those not involved in actual production—by 5 percent each year over the period of three years ending in 2023.