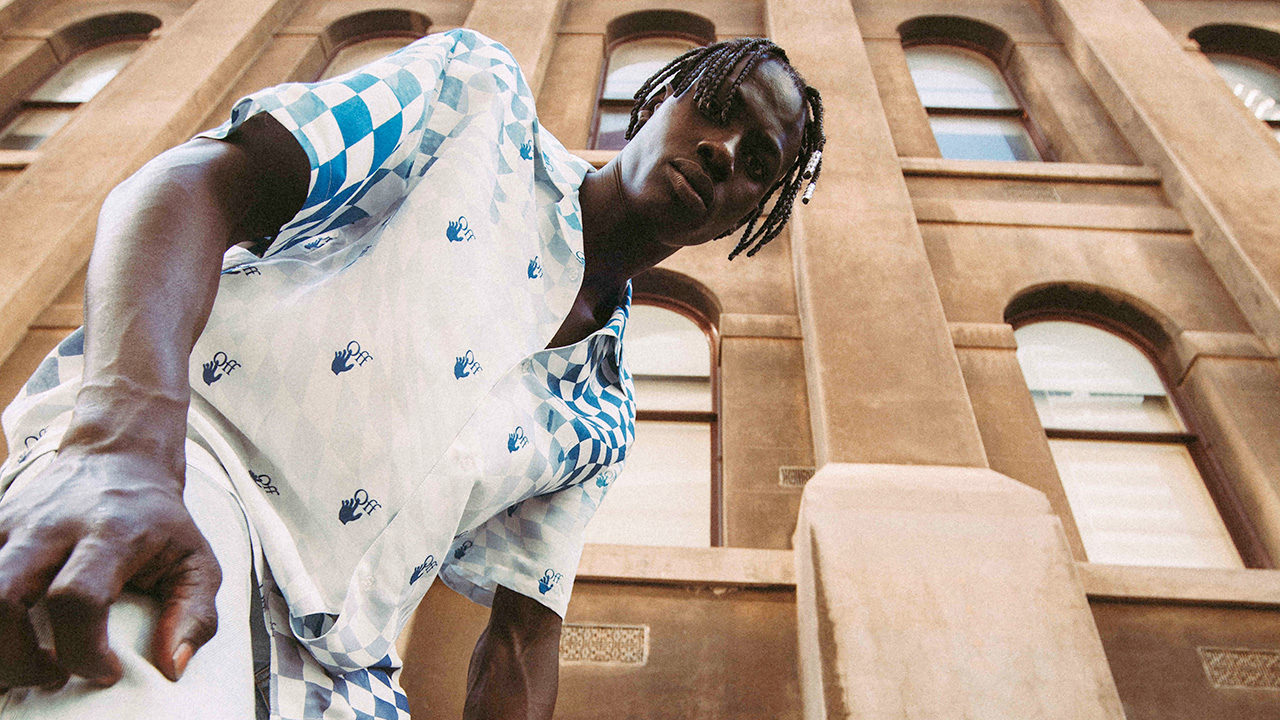 The latest Australia-exclusive collection from Off-White, the last to be overseen by the late Virgil Abloh, has landed and if you’re not already racing to you local Off-White store to get your hand on it I’d rush if I were you.

Nine pieces that feature the Off-White optical pattern and a new watercolour spray design make up the capsule, consisting of hoodies, shirts, tees and accessories. To say that numbers are limited would be an understatement.

Breaking from the more busier releases that Off-White has produced, the capsule carries a surprising light touch. The graphics are gradient, giving the finished product an air of easy wearing and simplicity. While the optical pattern is genderless, the watercolour focuses on menswear with a more skate-oriented fit for comfort.

The annual Off-White site-specific collections, created for countries that have one of the brand’s independent retail spaces, are something that fans of the brand are often geared up for. While you can get them online, you can guarantee that the tried and true followers of Abloh and his brand can be spotted lining up (read: camping out overnight) out the front of their local Off-White store.

This year, however, there’s a more somber reason that fans of Off-White, and maybe not even Off-White but Louis Vuitton, will be chasing a new hoodie or baseball cap.

This capsule was the last collection to be overseen by the founding designer. In news that sent the industry into a tailspin, Louis Vuitton announced that the designer who had catapulted the brand into a new stratosphere of street clout and cultural relevancy had died. It was revealed that, in 2019, Virgil Abloh had been diagnosed with cardiac angiosarcoma in 2019, a rare form of cancer.

This latest Off-White capsule collection then can be seen as part of a diminishing archive of Abloh’s work. Double the reason to get your hands on a piece of history.