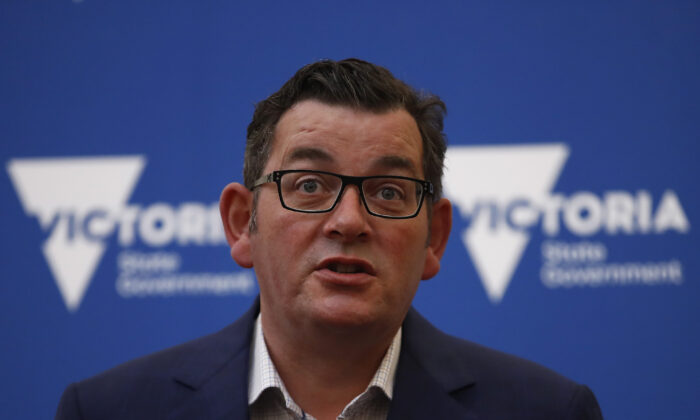 Victorian Premier Daniel Andrews has gone to the hospital for x-rays and an examination after a serious fall occurred as he was getting ready for work on Tuesday.

The premier, who is turning 49 in July, did not sustain any head injuries during the accident. However, the fall was “concerning,” according to the Victorian Premier office.

Deputy Premier James Merlino, who stepped in for Andrews this morning at a press conference in Melbourne, said that the Premier was doing well.

“He’s fine and will be back on his feet very shortly,” Merlino said. “He is in hospital as a precaution, getting some precautionary X-rays.”

Merlino was also unable to disclose the circumstances surrounding the fall, but noted the premier had “had a nasty fall as he was getting ready for work.”

Andrews had been on leave since the afternoon of March. 5, and was scheduled to return to work today to launch an indigenous reconciliation inquiry, which will investigate the remaining effects of colonization on Victoria’s indigenous community, The Age reported.

A Truth and Justice Commission, which is modelled on Nelson Mandela’s commission in post-apartheid South Africa as well as those in New Zealand and Canada will have the power to compel witnesses and make recommendations as a royal commission. It will also seek potential reparations to Indigenous people for past injustices, according to The Age.