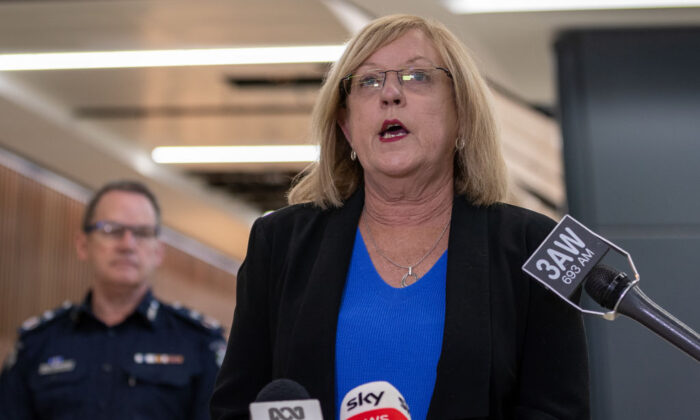 Victorian Police Minister Lisa Neville will undergo surgery due to her worsening condition as a result of complications associated with Crohn’s disease.

The senior MP spent two-and-a-half weeks in hospital in February hoping to avoid going under the knife.

However, an intensive regime of biological drugs and three weeks of convalescence has left her still unwell, according to a series of tests including an MRI.

“As a result, my doctors have indicated that the only effective treatment now is surgery,” Neville said on Saturday. “On Tuesday I will be readmitted to hospital to undergo a small bowel resection.”

The “significant operation” will require up to 12 weeks’ recovery, meaning she will not return to her portfolios of police and emergency services, and water until the end of June.

Her scheduled absence follows that of Premier Daniel Andrews who is not expected back at his desk until the end of this month after damaging his spinal cord at a Mornington Peninsula holiday home on March 9.

“Although it is disappointing and always concerning to have part of your bowel removed, for many who have Crohn’s this can result in a period of remission and enable people to return after recovery to normal life and work,” Neville said.

“I have every confidence in my medical team and the nursing support at the hospital that this surgery will give me the chance to achieve this.”

There is no word yet on who will cover her duties during her absence.