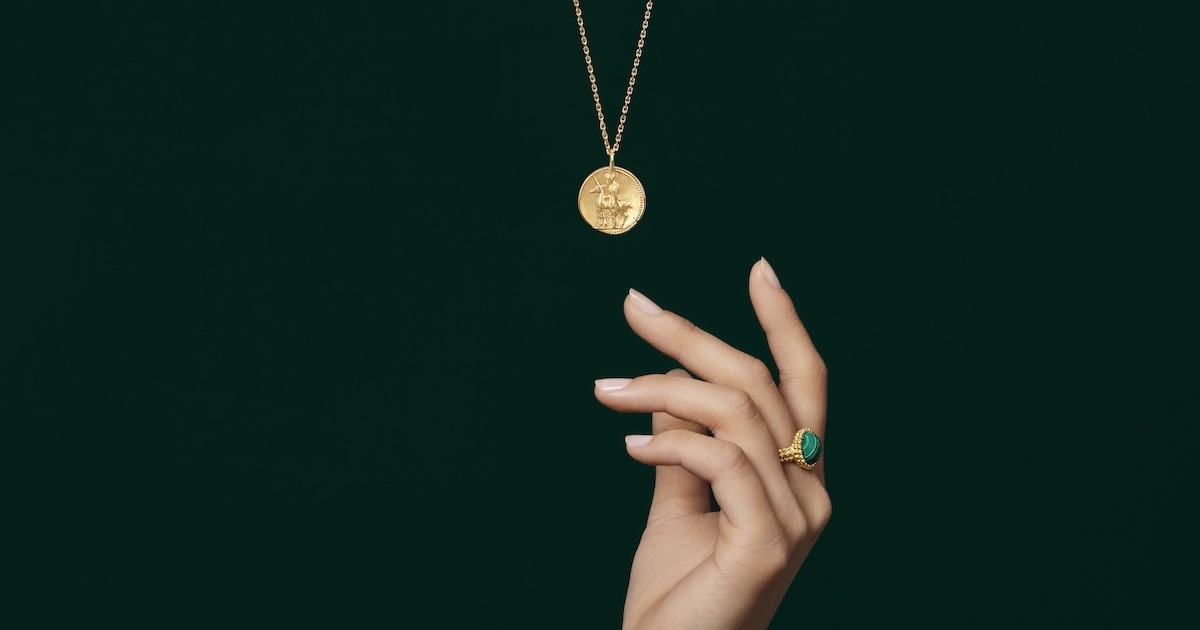 With the heavens and its stars a much cherished source of inspiration throughout its history, Van Cleef & Arpels reimagines the symbolism of the constellations with Zodiaque. Comprising two collections of medallions, each offers a reinterpretation of a Western zodiac sign featuring creations that draw from the maison’s rich heritage. The first line offers medals in pure gold, while the other combines the precious metal with rare ornamental stones. A showcase of the expertise of Van Cleef & Arpels’ workshops, the pieces bring together the house’s emblematic techniques, from design to the textured three-dimensional goldwork.

Following the lucky charms that Van Cleef & Arpels has created since its beginnings, the fi rst astrology-themed collections were introduced in the 1950s. Adorned with zodiac signs, the yellow gold medals in various sizes proved to be a success. Gracing bracelets, pendants, clips and cuffl inks over the years, the zodiac-inspired charms have been included in the house’s repertoire until the 2000s.

The maison has even revisited this theme in its watchmaking. Unveiled in 2018, the Zodiaque Lumineux watch collection featured constellations and symbols on its dials, which lit up by virtue of an innovative mechanical system. Today, the maison celebrates this rich heritage by recreating its first-ever zodiac medals in a new 21mm dimension. Made from intricately polished yellow gold, the 12 medallions feature subtle relief work on both sides. The front depicts the zodiac sign, while the back features its corresponding astrological symbol and dates.

From the 1970s, these pieces were showcased in more imposing dimensions and were adorned with wood, diamonds, mother-of-pearl and ornamental stones. Figurative and abstract motifs took pride of place on an array of pendants, key rings, bracelets and clips, leading to ensembles for both men and women that remained popular through to the 1990s. 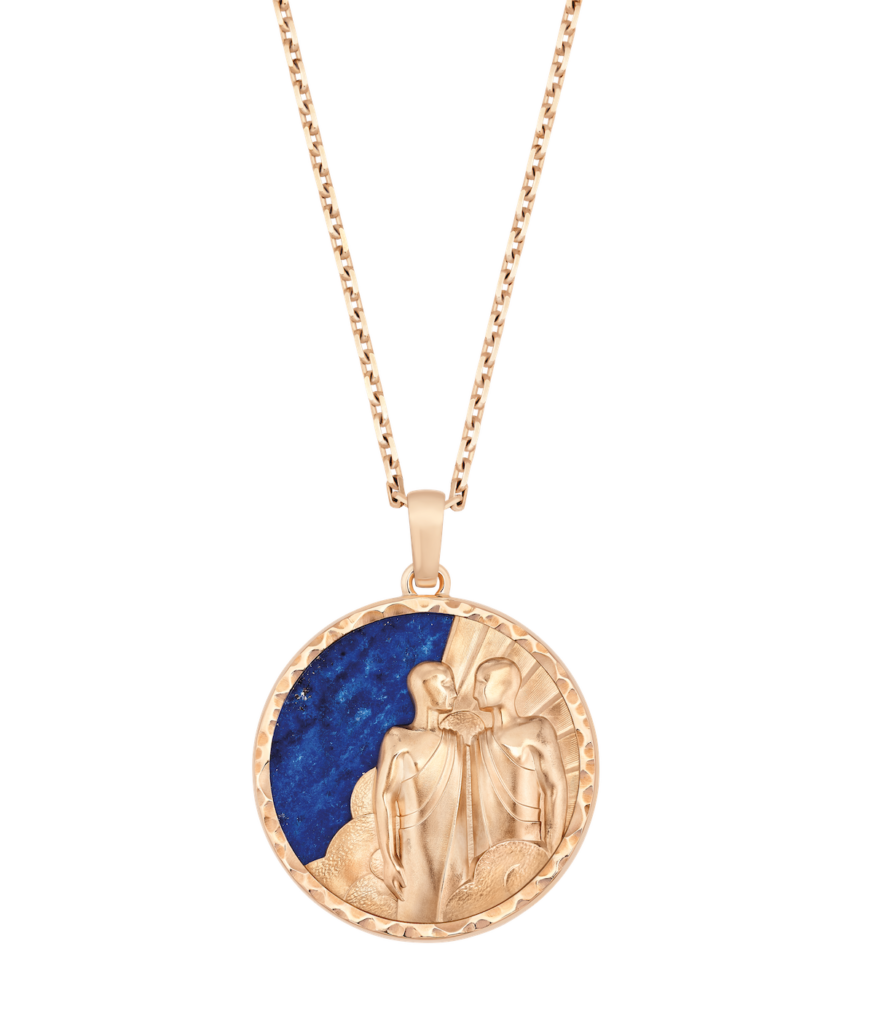 Paying homage to the coloured pendants designed by Van Cleef & Arpels in the ’70s are 12 long necklaces with medallions flaunting an ornamental stone backdrop. Each creation is adorned with rose gold motifs reminiscent of Art Deco compositions on both sides.

Depicted in relief, the front features figures and the elements traditionally associated with each zodiac sign in the foreground, while the elements of fire, air, water or earth are represented in a stylised form in the background. Rose gold takes on different textures here to provide a sense of movement to the pieces. Using the same technique, the reverse side of each medal depicts the symbol of the zodiac sign, its name and the dates to which they correspond in the calendar.

A selection of ornamental stones, some rarely seen in jewellery, add a finishing touch to the backgrounds of these relief tableaux. Van Cleef & Arpels’ expert gemologists worked closely with lapidaries to create evocative ensembles of ornamental stones. Cut into large discs, every stone has been carefully chosen for its harmonious appearance on both sides, colour nuance, quality of its surface, opacity and translucidity.

Together, they endow the creations with graphic effects, speckles and shimmering overtones. Stones selected to depict water signs evoke the world’s seas, like Cancer’s blue quartz that echoes the ocean’s depths, the salty foam in Pisces’ sodalite and clear waters over exotic shores through Scorpio’s turquoise. The nuances of the earth signs echo a luxuriant nature: malachite with undulating motifs for Virgo, chrome aventurine for Taurus and vivid amazonite for Capricorn. Air signs are represented by the poetic nature of night skies – with the intensely flecked blue of lapis lazuli on the Gemini medal, Aquarius’ dark blue aventurine, and the overtones of shimmering gold obsidian for Libra. Highly graphic materials chosen to adorn the fire signs evoke flames and lava. These include the iron eye selected for Aries, the magma-like red pietersite of Sagittarius and the red jasper evoking glowing embers that brings Leo to life.

Like a miniature tableau where form, material and colour mingle, each ornamental stone piece is worked on both sides. The decorative effects on the gold are testimony to the attention that the maison devotes to every detail. To assess their relief effect and ensure the harmony of the composition, the three-dimensional volumes and textures of the various gold motifs are fi rst meticulously crafted in green wax before being transcribed in rose gold. Next, the pendants are framed by a contour of rose gold, masterfully hammered to reflect light with intensity. Lastly, the gold is polished, sanded or brushed to bestow the piece its striking radiance.

This story first appeared in the February 2022 issue of Prestige Singapore.

The post Van Cleef & Arpels looks to the constellations for the Zodiaque collections appeared first on Prestige Online – Singapore.