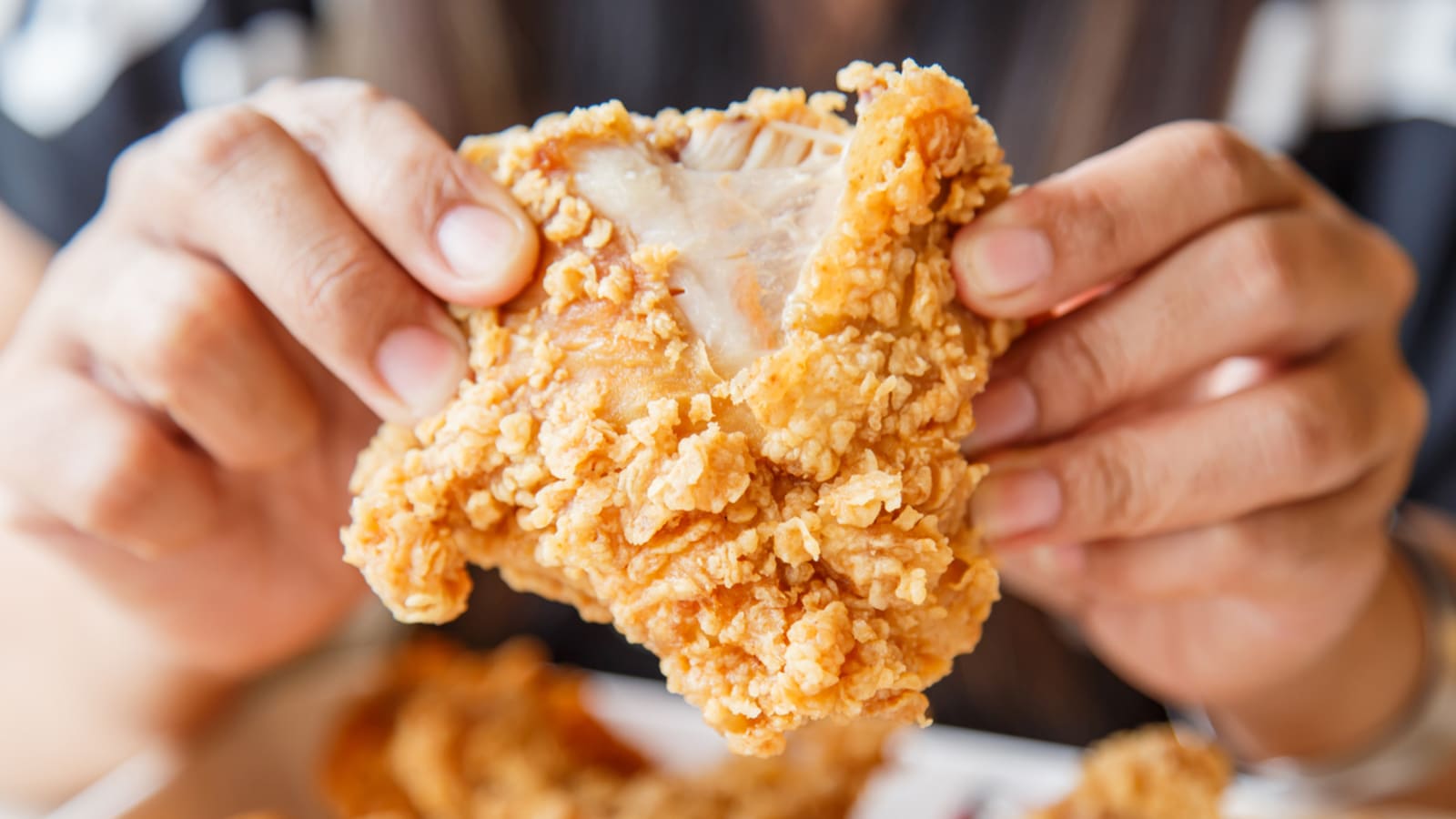 SINGAPORE: Several eateries that specialise in chicken dishes said they will be heavily impacted by Malaysia’s ban on exports of the poultry as they brace themselves for a shortage in supply of fresh chickens and a price hike.

While business owners that sell dishes such as chicken rice and fried chicken said they are looking for alternative sources, they may have to turn to frozen chicken instead of fresh ones.

This is likely to affect the quality of their food, they added.

Mr Bernard Tay, director of Jinjja Chicken Singapore, said that all of the approximately 500kg of chicken sold across the company’s five outlets are fresh chicken from Malaysia.

“Since the first day we opened, we have committed to using only fresh and never frozen chicken wings. This is our promise to our customers and we hope to keep it, come what may,” he said.

The next best alternative is using chilled chicken, although he acknowledged that options for chicken supply are “sadly quite limited”.

“Turning to frozen chicken remains at the bottom of our list as a last resort,” Mr Tay said.

“Frozen chicken is frozen chicken, whatever you do to process it, it can never replace fresh meat.”

Others held the same view.

Mr Affandi Abdul Rahman, who runs a chicken rice and ayam penyet shop at Marine Parade Central Market and Food Centre with his family, said that Malaysia’s announcement has caused a “big headache”.

While the continued supply of frozen chicken means they can continue to run their business, taste is another matter altogether, he said.

“The quality of the (frozen) chicken is way, way different. There is no flavour to it, the texture is different, there’s no nice after-taste,” he told CNA.

At Monga Taiwanese Fried Chicken, Mr Lem Cheong is hoping to avoid using frozen chicken because fresh chicken is a “key selling point” of the brand.

“If we have to resort to frozen chicken, then our preparation methods, recipes and products will also have to be altered accordingly to maintain a certain standard of quality of food,” said the director of operations at Baoshi F&B Management, which owns the fried chicken chain in Singapore.

He is worried about the quality of food if frozen chicken is used.

“(The) quality of our food will definitely be affected, the taste might not suit the palates of our customers,” he added.

Mr Anthony Yeoh, owner of Summer Hill restaurant where roasted and fried chicken are bestsellers, said however that the difference between fresh and frozen may not be very obvious to the man on the street because food technology has improved over the years, allowing processes such as “flash” freezing.

When the meat is not “flash” frozen, ice crystals form within the meat. “When you defrost the chicken, it pushes out the water between the fibres of the chicken and that creates a change in the texture of the chicken … and it has a kind of watery taste to it,” he explained.

The method of cooking could also help boost the taste of frozen chicken. For example, braising it for an hour will give the dish a better flavour than pan-frying, Mr Yeoh said.

The potential increase in prices is also a “troubling concern” given that it may hurt profit margins, said Mr Cheong.

“The ban has not even started and we have already got notified by our supplier that chicken prices will increase by S$1.20 per kg starting today,” Mr Cheong said.

“We cannot imagine how much more expensive it is going to get when the ban starts. We are expecting the prices to triple,” he added, noting that the F&B industry is “barely recovering” from COVID-19 restrictions.

“If the prices continue to steep for supply, in the long run, it is likely a time will come when we have to call it quits and close the business,” he said.

Mr Affandi similarly said that he expects prices to increase, noting that it would be a “fair game” as operators will all be in the same boat.

“If we increase our prices, it would be justifiable,” he said. The family had increased the prices of their chicken rice and ayam penyet by S$0.30 earlier this year to cope with general inflation.

In the meantime, Mr Tay said that the industry will just have to work harder to find solutions.

“We are in the business of selling chicken. If the source of raw material gets cut off we just have to look harder for alternatives. There’s no other way out. We have mouths to feed, literally and figuratively,” he said.