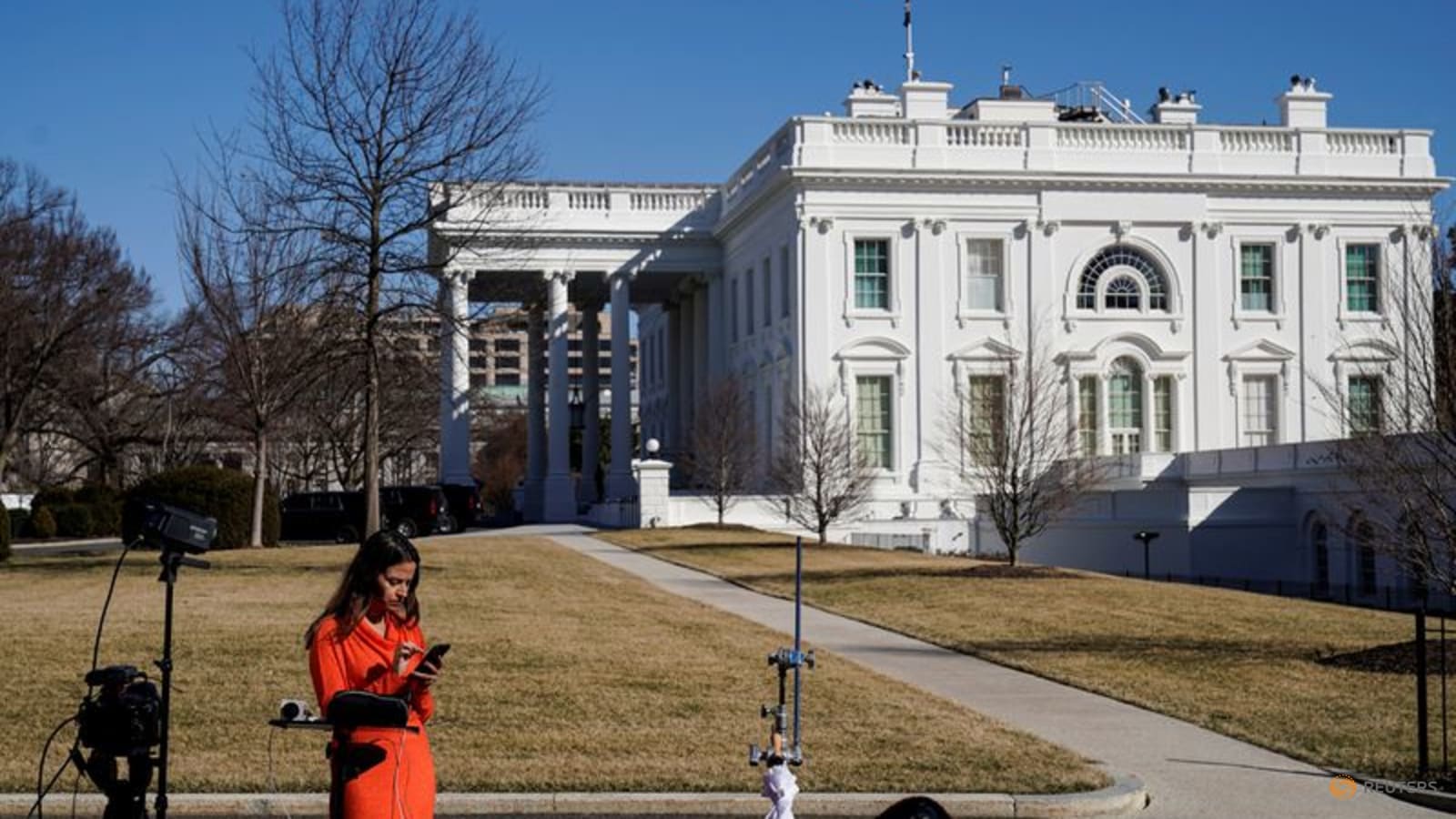 WASHINGTON: The United States will announce the first of what could be multiple levels of new sanctions and export controls against Russia on Tuesday (Feb 22) in response to Moscow’s decision to recognise two breakaway regions of Ukraine as independent and send troops there.

President Vladimir Putin on Monday told Russia’s defence ministry to deploy forces into the two regions to “keep the peace,” defying Western warnings that such a step would be illegal and wreck peace negotiations.

The United States has promised severe sanctions against Russia in the event it invades Ukraine, which the White House has previously defined as “any movement of troops across the border.”

US President Joe Biden will deliver remarks at 1pm on Tuesday to provide an update on Russia and Ukraine, the White House said.

Reuters could not determine what sanctions or export controls might be announced, but the Biden administration has prepared an initial package that includes barring US financial institutions from processing transactions for major Russian banks, people familiar with the matter said over the weekend.

On Monday a senior administration official said Russia’s sending troops to the breakaway regions of Ukraine did not represent a further invasion because Russia had had troops there previously. But on Tuesday, deputy national security adviser Jonathan Finer said an invasion had begun.

“We think this is, yes, the beginning of an invasion, Russia’s latest invasion of Ukraine,” Finer said on CNN. “For the third or fourth time, I am calling it an invasion. We are taking a severe response, including sanctions on Russia that we’ll be rolling out in a matter of hours,” he said.

Finer said the United States had envisioned multiple levels of sanctions based on Russia’s actions.

“This will be our severe sanctions and swift response to a Russian invasion,” Finer said, adding the United States will impose additional sanctions if Russia continues to move forward.

“That has been our approach all along. We envisioned waves of sanctions that we would roll out on Russia if and as it continues to take steps down the path for toward war, which we believe that they’ are doing.”

The measures aim to hurt the Russian economy by cutting the “correspondent” banking relationships between targeted Russian banks and US banks that enable international payments.

The United States could also wield its most powerful sanctioning tool against certain Russian people and companies by placing them on the Specially Designated Nationals list, effectively kicking them out of the US banking system, banning them from trading with Americans and freezing their US assets, the same sources said.

Export control measures could also be announced as part of the package but would probably not have the same immediate impacts, and instead “degrade Russia’s ability to have industrial production in a couple of key sectors.”

Expanding the scope of the so-called Foreign Direct Product Rule to Russia, in a way that mirrors a Trump-era move against Chinese telecoms giant Huawei Technologies, could allow the United States to stop shipments of chips, computers, consumer electronics, telecommunications equipment, and other items made anywhere in the world if they were produced using US technology.

Harrell did not detail which sectors, but other White House officials have mentioned aviation, maritime, robotics, artificial intelligence, quantum computing and defense