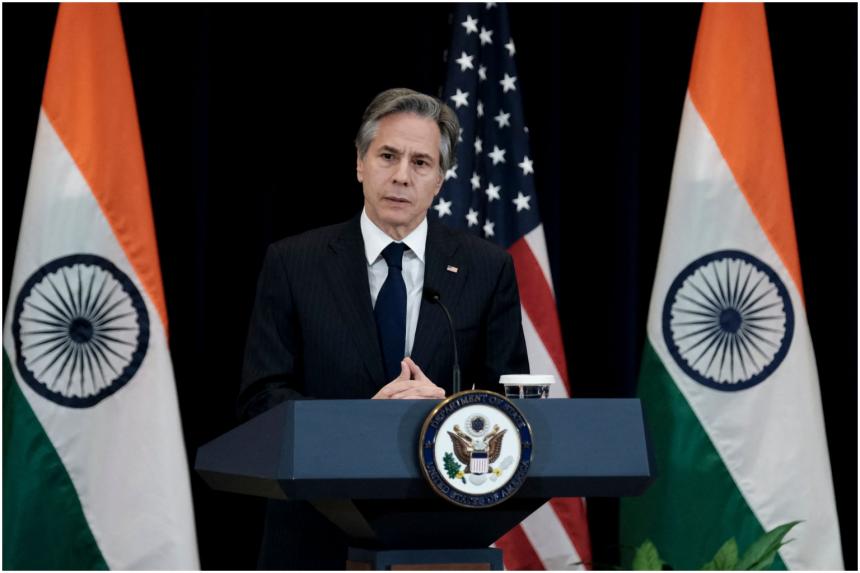 WASHINGTON (REUTERS) – US Secretary of State Antony Blinken said the United States is monitoring what he described as a rise in human rights abuses in India by some officials, in a rare direct rebuke by Washington of the Asian nation’s rights record.

“We regularly engage with our Indian partners on these shared values (of human rights) and to that end, we are monitoring some recent concerning developments in India including a rise in human rights abuses by some government, police and prison officials,” Blinken said on Monday (April 11) in a joint press briefing with US Defence Secretary Lloyd Austin, Indian Foreign Minister S. Jaishankar and India’s Defence Minister Rajnath Singh.

Blinken did not elaborate. Singh and Jaishankar, who spoke after Blinken at the briefing, did not comment on the human rights issue.

“What does Modi need to do to India’s Muslim population before we will stop considering them a partner in peace?” Omar, who belongs to President Joe Biden’s Democratic Party, said last week.

Since Modi came to power, right-wing Hindu groups have launched attacks on minorities claiming they are trying to prevent religious conversions. Several Indian states have passed or are considering anti-conversion laws that challenge the constitutionally protected right to freedom of belief.

In 2019, the government passed a citizenship law that critics said undermined India’s secular constitution by excluding Muslim migrants from neighbouring countries. The law was meant to grant Indian nationality to Buddhists, Christians, Hindus, Jains, Parsis and Sikhs who fled Afghanistan, Bangladesh and Pakistan before 2015.

In the same year, soon after his 2019 re-election win, Modi’s government revoked the special status of Kashmir in a bid to fully integrate the Muslim-majority region with the rest of the country. To keep a lid on protests, the administration detained many Kashmiri political leaders and sent many more paramilitary police and soldiers to the Himalayan region also claimed by Pakistan.