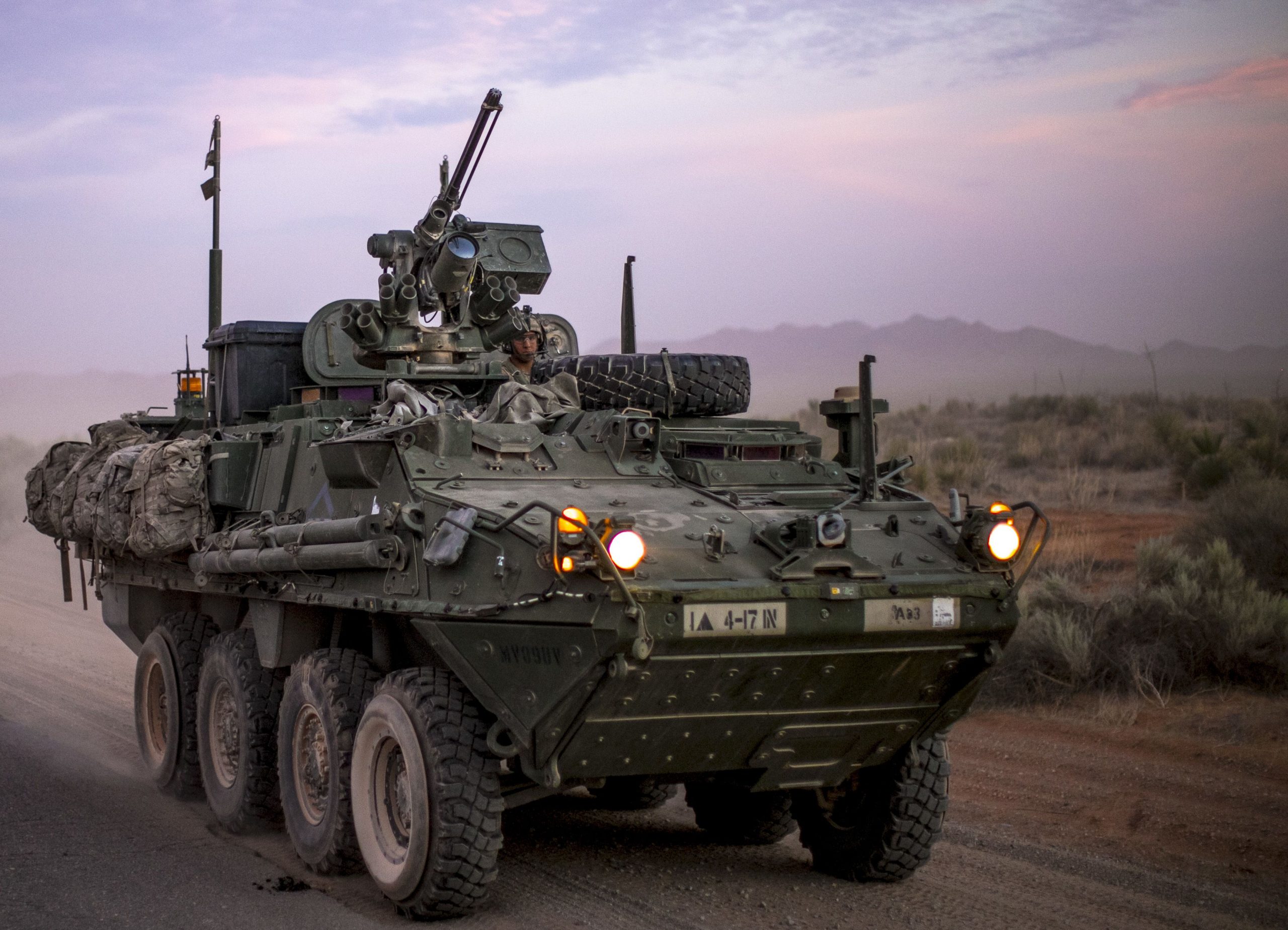 UPDATE — This story has been updated to include additional details from the Army’s Pentagon FY23 budget briefing.

The budget is comprised of $163 billion in base funding and $15 billion for overseas operations.

The increase over FY22 allows the Army “to maintain the readiness, continue the transformation of our modernization efforts as well as take care of our people,” Maj. Gen. Mark Bennett, director of the Army budget, said in a March 25 briefing to reporters.

He said the increase accounts for both inflation and real growth; the Army used a 2% inflation rate when crafting the budget, Bennett said.

The budget in FY23 “allows us to do two things fundamentally,” Army Under Secretary Gabe Camarillo said in the advance briefing.

“First and foremost, we maintain a very high state of readiness,” he said. “If you look just at the last year in review, what did the Army accomplish? It’s utterly remarkable; everything from COVID-19 response … disaster response here at home, support to Operation Allies Welcome and helping to process the displaced Afghans coming out of that mission. Then, of course, our response to Ukraine and to the invasion by Russia and providing support to our NATO partners in Europe.”

The Army is also undergoing a transformation, Camarillo said, “to the Army of 2030 and beyond. It is transitioning out of two decades of support for counterterrorism operations into an Army that is postured as part of the joint force to meet the demands of what the pacing challenges are of China and obviously the acute threat posed by Russian aggression.”

As part of its efforts to modernize, Camarillo said, the Army opted to temporarily reduce its active force count to 473,000 troops. But it will maintain 336,000 in the Army National Guard and 189,500 in the Army Reserve. The Army’s enacted FY22 end strength was 485,000 for the active force.

The Army plans to increase end strength back to 485,000 active duty soldiers within five years, according to Camarillo.

“The reason why is in order to make sure that we are maintaining our emphasis on high quality talent,” he said. “We are looking at making sure that we fill the needs of cutting edge formations in the Army like our Multidomain Task Forces.”

“This is not a budget driven decision,” Camarillo added. “It is entirely about quality.”

The total budget increase also accounts for a 4.6% pay raise soldiers will get starting in January 2023.

FY23 marks the second year the Pentagon has not had an Overseas Contingency Operations funding account — which was meant to pay for operations abroad.

As in FY22, the Army is asking for $15 billion in its base budget for overseas operations.

As Russia continues to wage its war on Ukraine, it will be hard to predict the funding the service will need, Camarillo said, but “we will continue to work with the Department of Defense and with Congress, be transparent, communicate needs as they arise.”

The budget funds 22 combat training center rotations and provides for an increase in flying hours from 10.3 hours per pilot to 11.1 hours.

The account also pays for a third Multidomain Task Force. The Army has already operationalized two MDTFs — one in the Pacific and one in Europe.

The Pentagon is requesting $4.2 billion to deter Russia and reassure allies in Europe. The European Deterrence Initiative has remained steady at roughly the same amount since FY21. Of that total, the Army’s portion is roughly $2.8 billion, which is an additional $464 million over last year’s enacted funding, Bennett said.

The funding for the Army includes $942 million for increased presence through the rotation of a division headquarters, Armored Brigade Combat and other enabler units supported by additional active and mobilized reserve component units and soldiers, Bennett said.

A total of $305 million in the request would fund exercises such as Defender Europe, Operation Atlantic Resolve and Operation Joint Guardian in Kosovo.

Also part of the EDI request is $41 million to enhance and sustain a Mission Partner Environment network that allows the U.S. and its allies to tie battlefield command-and-control nodes and networks together.

The request funds execution of the Army’s climate strategy, released earlier this year. The service plans to spend $725 million in FY23 to implement various aspects of the strategy, according to Bennett.

Camarillo said the Army will fund continued prototyping of a hybrid tactical electric fleet, including experimenting with ways to move in that direction with the Family of Medium Tactical Vehicles and the Joint Light Tactical Vehicle. There are also a number of funded projects in the science and technology portfolio that push toward an all-electric or hybrid electric combat vehicle in the future, he said.

The Army is requesting 5.5% less in its research and development account than enacted in FY22. The Army received $14.5 billion in FY22 to include $100 million in direct war and enduring costs. The service is asking for $13.7 billion in FY23.

“The ‘23 budget will reveal the Army continuing on its path with all its major acquisition programs, especially all the new capability and staying on current timelines, broadly speaking,” Doug Bush, the Army acquisition chief, said at the March 25 briefing. “The Army, I think, is presenting a very balanced approach overall that doesn’t take excessive risk and maintains momentum going forward.”

In its research and development budget, the Army is seeking $1.5 billion less in its science and technology account. The Army received $4.3 billion in FY22 and is asking for $2.7 billion in FY23.

The service is asking for $11 billion in FY23 for demonstration and validation of capabilities, engineering manufacturing, testing and management, operational systems and software and digital requirements. It received $10.2 billion in FY22.

Funding includes prototyping for the Long-Range Hypersonic Missile with the fielding of the first battery in FY23, the Mid-Range Capability Missile flight tests and initial fielding of the Precision Strike Missile, the budget documents note.

The annual Project Convergence exercise would receive $90.8 million in FY23 in both operations and maintenance and research and development funding to test new operational concepts and technology, Bennett said during a March 28 Pentagon press briefing.

The Army previously held multiple rounds of budget and portfolio reviews dubbed Night Court, which resulted in a large transfer of funding into the modernization portfolio from elsewhere in the service’s budget. This year, it made only limited funding shifts.

“There’s always changes to be made and puts and takes within building a modernization account,” Bush said, but there have been “no major terminations and no dramatic schedule changes.”

Yet, “in some of these things, we have made adjustments to keep them on track in line with their cost estimates,” he noted.

“In this particular budget, you’ll see we only have three things that we moved out of [equipping] into [sustainment],” Brig. Gen. Mac McCurry, the Army’s force development director at the Pentagon, said in last week’s briefing, and that resulted in a small amount of funding — just $23.5 million — moving across those accounts.

The Army is asking for $500 million less in aircraft procurement funding for a total of $2.8 billion. For missile procurement, the service is seeking $3.8 billion, up from the $3.5 billion it received in FY22.

The Army is also asking for less for weapons and tracked combat vehicles. The service got $4.3 billion in FY22 and wants $3.6 billion in FY23.

The service is seeking $2.6 billion in ammunition funding, up from $2.3 billion enacted in FY22; and the Army is asking for $8.5 billion in “other procurement,” down from the $9.4 billion it received in FY22.

The funding will support the Armored Multipurpose Vehicle as it transitions into the operational force, the Mobile Protected Firepower vehicle and the Next Generation Squad Weapon, according to budget documents.

The request also supports the start of the Tactical Intelligence Target Access Node (TITAN) procurement, which is a link to facilitate LRPF capability.

According to Army documents, the Army will buy 35 AH-64E Apache Remanufactured aircraft, up from the 29 in FY22. The service will buy 25 UH-60M Black Hawk helicopters, after it received funding for 33 in FY22.

The Army is asking for 252 Patriot Missile Segment Enhancement (MSE) missiles in FY23, up from the funded 180 in FY22.

The Army received funding for 110 PrSM missiles in FY22 but will wants slightly more — 120 — in FY23 as it brings the system online.

The Army is buying fewer Paladin Integrate Management (PIM) howitzers in FY23, asking for 27 of the systems after receiving funding for 23 in FY22.

And the Army will buy 32 Integrated Battle Command Systems in FY23, up from 26 in FY22.

To preserve the Army’s top priority modernization efforts, Bush said the service had to make a “conscious choice to somewhat adjust down funding levels” for what he would call “our enduring programs.”

Abrams tanks and the Stryker Combat Vehicle face some reductions in funding, he said.

The Army submitted its request asking for a half of an Armored Brigade Combat Team per year for Abrams, McCurry said. A year ago, the service asked for three-quarters of an ABCT in its FY22 budget request. The service is asking to field about a third of a Brigade Combat Team for Stryker per year. The Army asked for two-thirds of a BCT in FY22, according to McCurry.

The reductions still maintain levels sufficient for the industrial base, Bush noted.

“That is the classic kind of balancing you have to do when you’re going through modernization cycles, when do you start cycling a little bit of money off enduring programs to start creating headspace for new things,” he said.